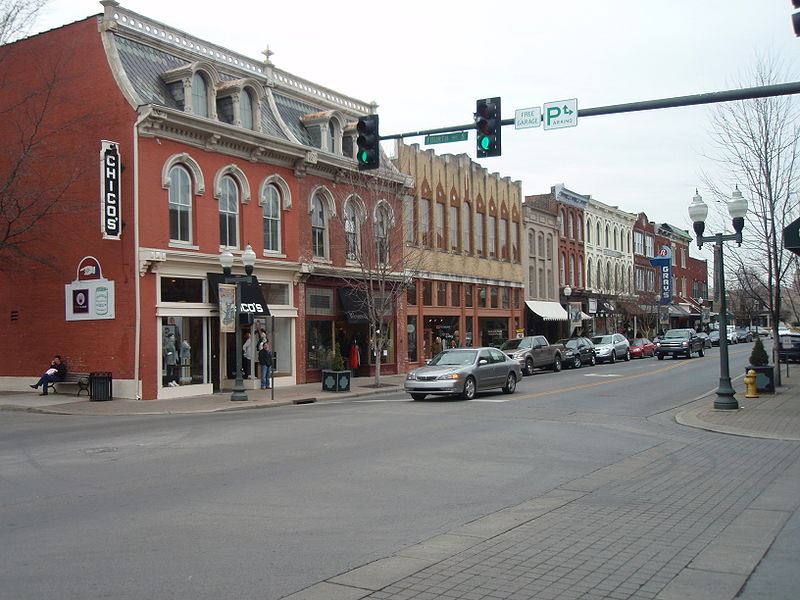 Franklin/Williamson County places in the No. 3 slot on our list of rapid inventory growth submarkets. The Nashville, Tennessee submarket’s inventory growth rate since 2012 is 48.1%, which includes new apartment supply and units under construction at the end of 3rd quarter 2014. Putting that percentage into numbers, Franklin/Williamson County has received 1,467 new units since 2012, and had another 1,225 units under construction in 3rd quarter 2014.

So what makes this area of Nashville so hot for apartment development? The answer if fairly straight forward: a growing population and economy, award-winning school districts and high quality of life.

The Franklin/Williamson County submarket is an employment hub in and of itself, but can also be considered a commuter area, depending on where you live (since it is such a geographically large submarket). Let’s take a look at some of the largest employers in the submarket as of 2014:

These companies are located along the I-65 corridor and in the Cool Springs office corridor. 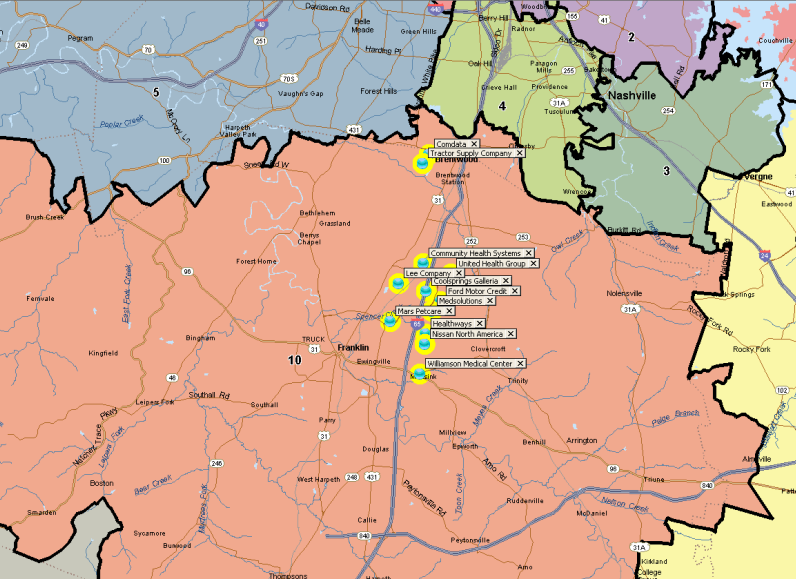 The Cool Springs corridor is a hot area to work. The area is located between Brentwood and Franklin, just off I-65. Several office projects are recently finished, under way or being planned in that Cool Springs office area. One of the larger ones that completed in October was the 272,720-square-foot One Franklin Park. This is the first of five 10-story office towers planned for the 71-acre Franklin Park development. Once all phases are complete, there will be over 1.25 million square feet of Class A office space designed to accommodate Fortune 500 companies. Moreover, there will be on-site apartments along with retail facilities. Some companies that have signed leases in the building include Acadia Healthcare, Franklin American Mortgage and Eco Energy Global Biofuels LLC, according to developer Spectrum Emery.

Moreover, another 147-acre mixed use development, dubbed Ovation, recently got the go-ahead to move forward with development. The Ovation project will be just across the street from Nissan’s corporate headquarters, on the corner of McEwen Drive and Carothers Parkway. The mixed-use development will consist of 950 homes, retail space, restaurants and a hotel. The development is expected to create over 6,500 new jobs.

Most of the apartment communities completed or under way are in the employment hubs along the I-65 corridor or within that Cool Springs corridor:

1.) District at Seven Springs: This recently completed, 280-unit apartment complex is located in Brentwood, just off Old Hickory Boulevard and just east of I-65. The community is within walking distance of new restaurants and retailers within the Seven Springs area, and offers easy access to downtown Nashville, Cool Springs area and Maryland Farms (where retailer Kirkland’s headquarters recently relocated). District at Seven Springs has one- and two-bedroom floorplans for residents to choose from. It also has several features not limited to saltwater swimming pool, energy efficient windows and outdoor fire pits.

The Williamson County School District has earned several awards over the past couple of years, according to its website:

2.) Along those same lines, Brentwood, Ravenwood, Page and Independence ranked as “Best High Schools in the US,” according to US News & World Report. Those schools were also featured in the Newsweek’s “America’s Best High Schools 2012” list.

3.)  The 2014 graduating class in Williamson County district schools had an ACT score of 23.5, well above the national average of 20.9 and state average of 19.5, ranking among the highest in the state.

4.)  And 27 schools in the WCS were dubbed Reward Schools in 2014 by the Tennessee Department of Education. This means that these schools were in the top 5% in the state for annual growth and for academic achievement.

The school district encompasses 41 school sites, including nine high schools, eight middle schools, 23 elementary schools and one kindergarten-through-eighth-grade campus. During the 2014-2015 school year there are approximately 35,000 students enrolled in these schools. With so many award winning schools, it gives people even more of an incentive to move to the area.

In addition to the Williamson County School District, Columbia State recently broke ground on a new community college. The campus will sit on 38 acres on Liberty Pike, just east of I-65 near Williamson Medical Center. Construction on the school is expected to take roughly two years. Once Columbia State Community College is complete, it will accommodate 2,200 students.

(Image by: Ichabod  via Wikimedia Commons)