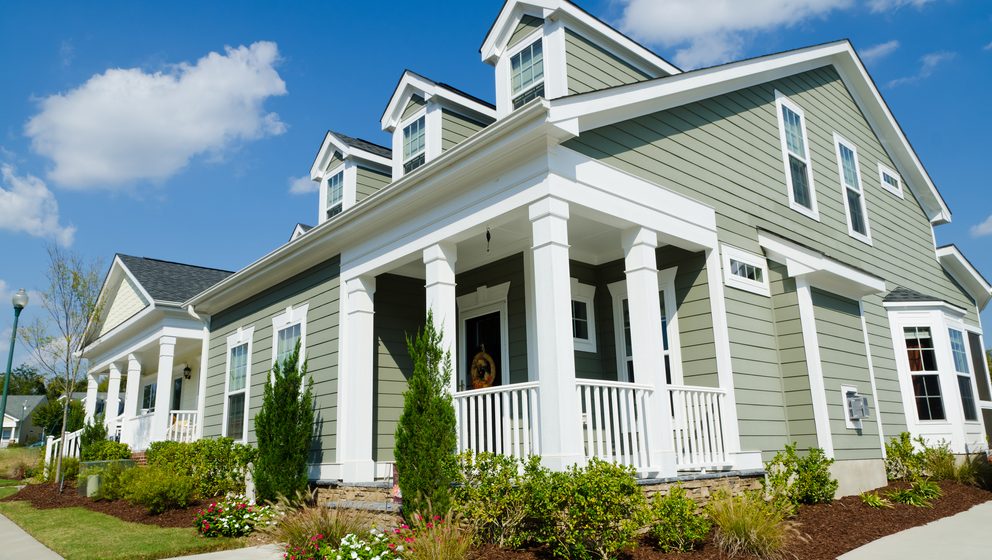 As expected, there are a few more homeowners in the U.S. compared to last year, according to the U.S. Census Bureau’s newly released homeownership data for 3rd quarter 2018.

A slight upward movement in homeownership rates was expected and is largely driven by the oldest millennials. As millennials age, they are growing their incomes, coupling up, having children, paying down student debt and making lifestyle choices that make homeownership more attractive and feasible. 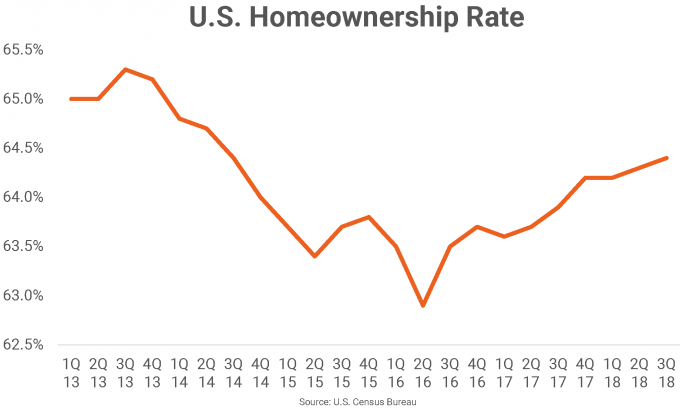 But multifamily owners needn’t worry. There are an estimated 71 million millennials in the U.S., making it the largest demographic in 2018. And even if the largest uptick in homeowners comes from those under 35, the overall rate for millennials is still the lowest among age groups, indicating a higher propensity to rent.

“While there’s always some trade-off in housing demand between those opting to rent and those opting to buy, the good news is that the economy is exhibiting enough momentum to yield very solid demand for both housing options,” RealPage Chief Economist Greg Willett said. “We’ll need healthy absorption support in the apartment sector during the near term, as completions will continue to run a very substantial levels.” 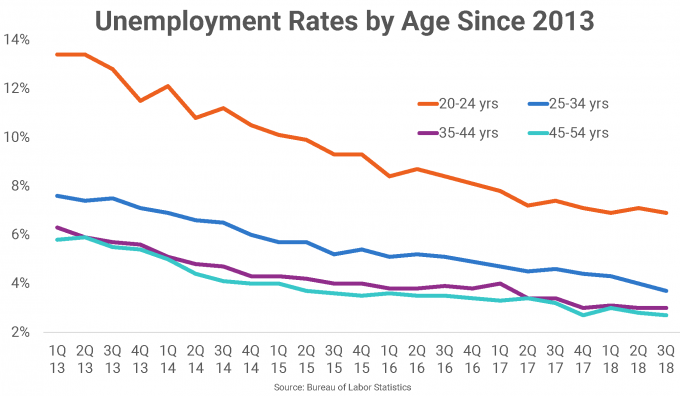 Though ownership rates are rising, rates will likely moderate as housing affordably becomes more challenging. Interest rates are rising. Homes are becoming more expensive, even in historically affordable markets. Many millennials are still under mountains of student debt, complicating saving for a down payment on a house. Homeownership rates, Willett said, should level out between 64% and 65% over the next few quarters. 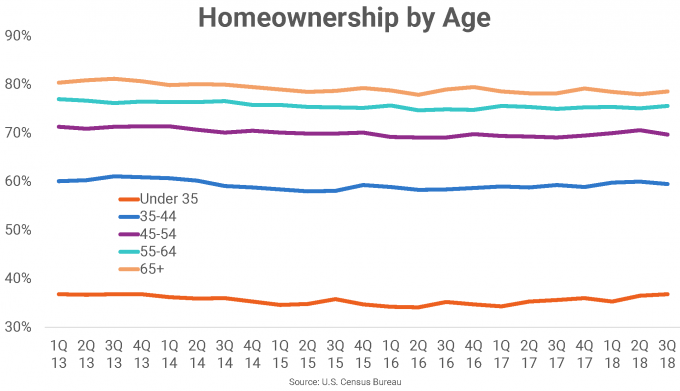 It’s worth noting that baby boomers, aged 72 to 53, are ageing in place more than expected. While there’s been some movement of baby boomers becoming renters by choice, moving to the urban core, downsizing into rentals or both, Census demographics do not show a significant change.