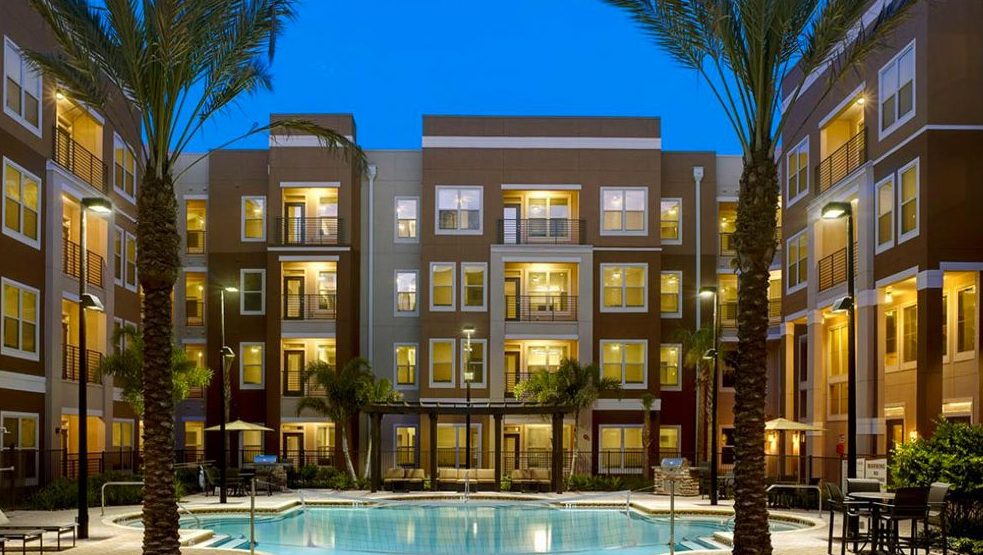 Student housing performance remained healthy at the beginning of the fall 2018 leasing season, but declined slightly as the season progressed. Demand in some university markets waned with sustained development activity, growing competition and uncertainty for international students. In turn, properties are having to refine strategies and improve operational efficiencies to compete.

Student housing properties saw same-store occupancy down 38 basis points (bps) from last year, averaging 93.4% in September. However, a slight increase in October figures is expected as properties have some move-ins immediately following the traditional close of leasing season. As anticipated, rent growth also compressed, with effective rent levels up only 1.5% from last fall.

Properties between a half-mile and a mile to campus achieved an occupancy of 92.3%, down 98 bps year-over-year. Properties farthest out – more than a mile from campus – saw occupancy average below 90% and had the largest decline of 230 bps, which was expected given their vulnerability to market changes.

The spread might have been larger if not for properties farthest out dropping rental rates in the last few months of the leasing season. The reduction in rents, however, caused overall rent growth to remain essentially flat, at just 0.8%. Properties located between a half-mile and one mile from campus saw rent growth fall below 2% for the first time since 2015, landing at 1.4%. And as a result, properties closest to campus – less than a half-mile away – led the market with the highest rent growth of 1.7%.

We saw a similar trend for properties at the highest price point. Properties priced above $1,000 per bed, on average, saw the strongest rent growth at 3%. Properties priced between $800 and $1,000 per bed achieved the second highest rent growth at more than 2%. More than 17% of these properties are at the University of Texas at Austin. However, these high-priced beds are a smaller share of the overall market – only 8% averaged above $1,000 per bed and 14% averaged between $800 and $1,000. 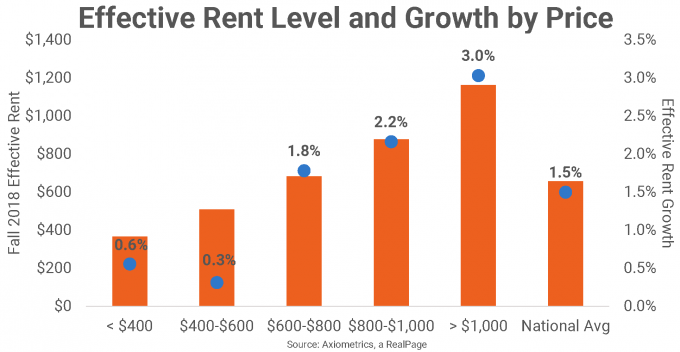 Most of these higher-priced properties are newly built or renovated, and most are located closest to campus. So some of this growth could be attributed to operators dropping rents during initial lease-up and then boosting rents in year two. 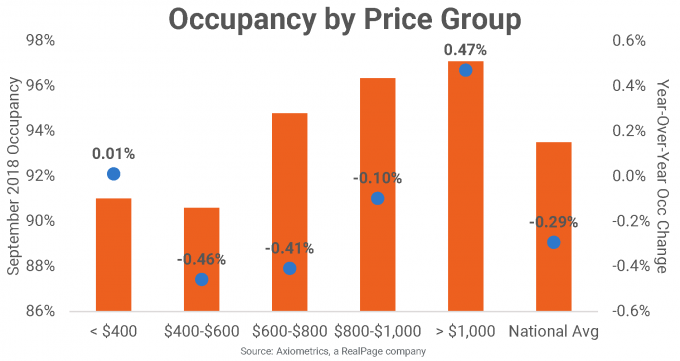 Properties priced between $600 and $800 per bed also experienced solid results this year. Rent growth for these properties landed at 1.8%, above the national average. They also achieved an occupancy rate of 94.8%, which is only 41 basis points below last year – an indication that higher prices are not necessarily impacting absorption.

Meanwhile, 41,700 off-campus beds have been delivered, with an additional 2,500 set to complete by the end of the year. This is slightly below the total beds delivered last fall because of delays, but it’s still in line with the 5% to 7% inventory growth seen nationally the past few years.

Among the 38 same-store universities that had new off-campus beds delivered this fall, only eight experienced negative rent change. However, 28 of these universities saw a flat or negative change in year-over-year occupancy in September.

Construction has already commenced on 45,300 beds for fall 2019, 2,600 of which were delayed from this fall. An additional 1,200 beds are still in the planning stages. Of the universities with new off-campus supply delivered this fall, only 30% are expected to see new supply next fall, with half expecting a decline in the amount of beds.

With development activity remaining consistent nationally and pulling back in some oversaturated markets, and enrollment growth expected to remain stable among many four-year public universities, the overall outlook remains positive going into the 2019 leasing season. But location of the university, student demographics, type of university, price point and proximity to campus will be even more important to consider in the next few years.