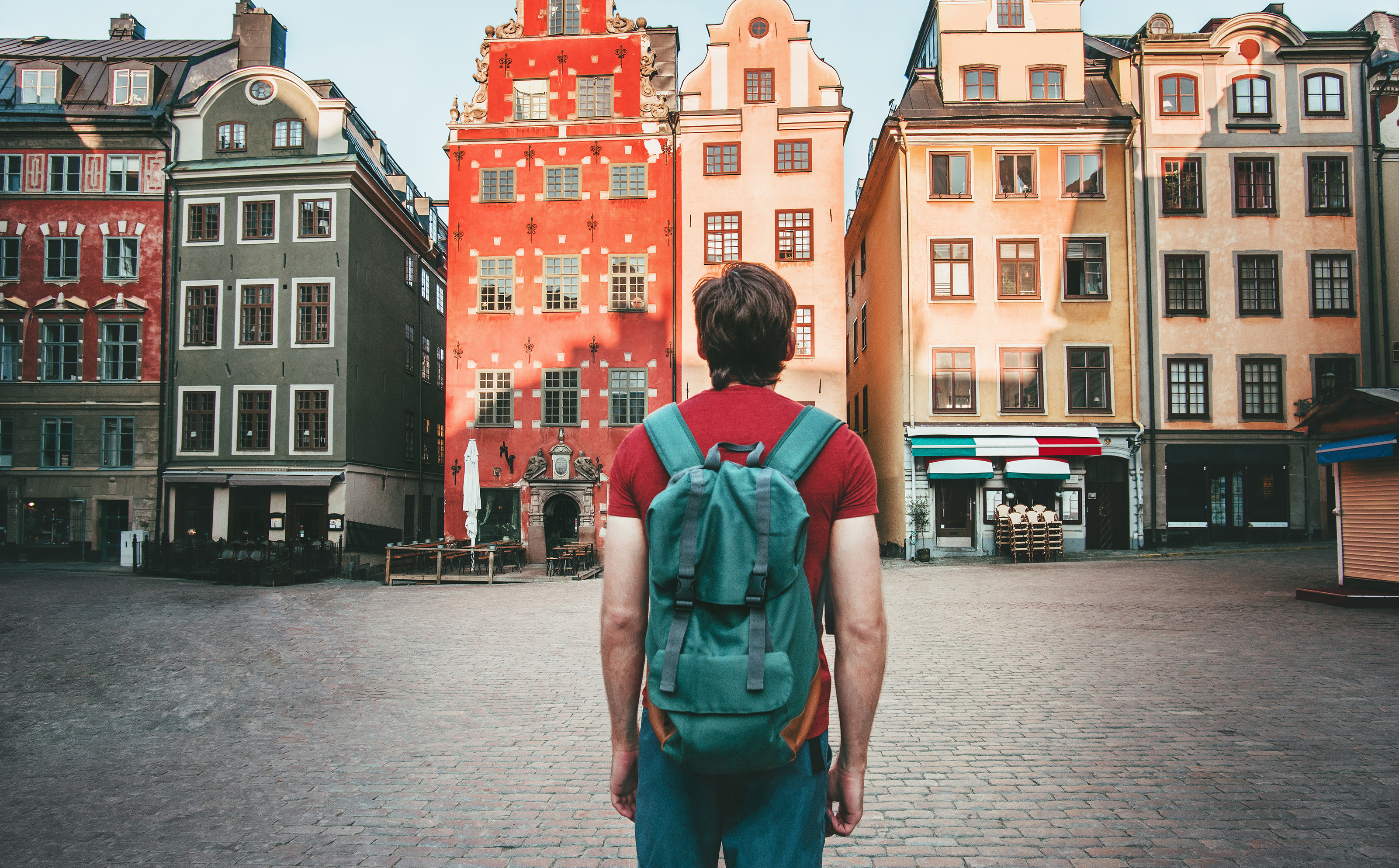 One of the long-standing theses for student housing is that the asset class is recession resistant. That stability helped the asset class gain a growing amount of investor and developer attention alike throughout the 2010s decade.

There has been quite a large body of research compiled on the student housing sector’s true resistance to recessions. Indeed, there was at one point in a time a need to dispel the myth of “recession proof,” in favor of the term “recession resistant.” After all, there’s yet to be a fully recession-proof commercial real estate asset as all product types experience broader ebbs and flows with rising (or falling) economic tides.

NMHC’s research suggests that – while there is some correlation between the economy and enrollment levels – the broader enrollment trends are probably more of a function of demographic forces than economic forces.

Still, there are some interesting parallels to be drawn from the relationship between student housing performance, the economy, and even demographic trends.

It’s probably useful to think back to the timing of early “recession resistant” arguments. The synergy in timing between an up-and-coming recession-resistant asset class following the sharp downturn created by the Global Financial Crisis (or Great Recession) probably isn’t a coincidence. After all, the Great Recession severely impacted the housing market. And the appeal of an asset class that runs counter to recessionary periods was understandably alluring in the early part of the 2010s decade. 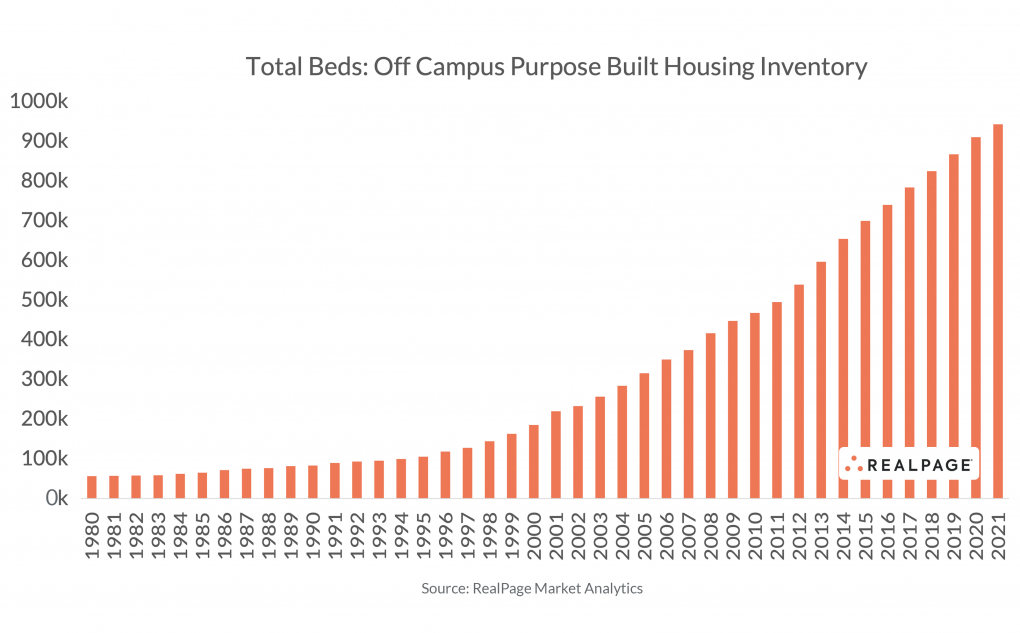 To the credit of the student housing sector, performance was indeed very stable during the 2010s decade. Annual rent change almost always ranged between 1% and 3%, according to RealPage Market Analytics. Meanwhile, occupancy rates were typically between 92% and 94% with the lower range of occupancy rates occurring in the second half of the decade. 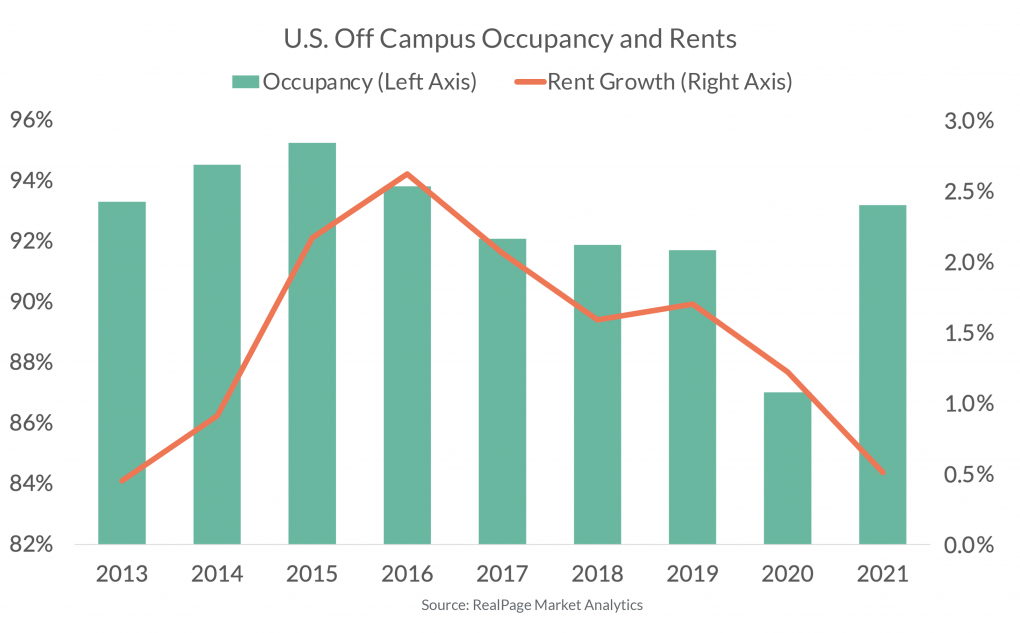 But the onset of the COVID-19 pandemic impacted student housing performance as it did all commercial real estate sectors. While the degree of impact certainly differed between sectors, performance and investment volumes alike were impacted by this unprecedented event.

Student housing leasing activity slowed substantially in the pandemic’s wake. Heading into March 2020, pre-lease occupancy for the upcoming Fall 2020 semester was trending at a decade high. But the following months saw the weakest pre-lease velocity on record with just 38% of beds leased between March 2020 and August 2020.

The sector remained sluggish for the first half of the Fall 2021 leasing season as well. Up through February 2021, pre-lease velocity sat at its lowest level on record with just 38.3% of beds pre-leased. A few other metrics highlight the impact of the COVID-driven recession, too. Rents were cut (albeit modestly) and sales volume at one point during 2020 hit a six-year low. 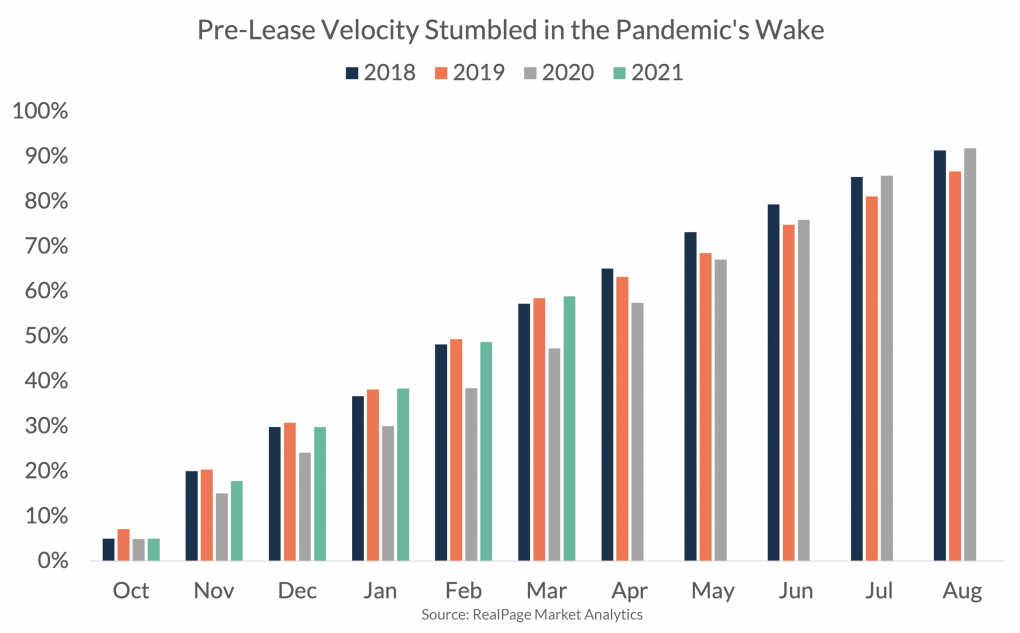 By that same token though, the overall stability of the sector shouldn’t be discounted. Even during the weakest year where year-end occupancy didn’t quite reach 90% and rent growth was effectively absent, the sector’s performance should still probably be considered resilient in some ways.

Those performance readings considered within the context of remote learning, restricted (if not altogether closed) campuses, and broader de-densification efforts look better than the broader backdrop might suggest. Further, those performance metrics in some ways were in better shape than some commercial real estate investment alternatives.

All considered then, it’s difficult to say that student housing is fully recession resistant. But on the basis of comparison to other commercial real estate alternatives, the stability of student housing does offer some appeal.

If there’s some caution to bear in mind, it’s that national-level student housing trends do tend to mute some of the noise seen within individual campus-level readings. Campus-level performance tends to vary widely in a given year. Those localized performance readings can be influenced by any number of factors including enrollment shifts (e.g. a smaller or larger than typical incoming class of students), ebbs and flow of supply delivering, and lastly administrative-influenced decisions such as whether to adjust on-campus living requirements beyond one year.

But barring another true black swan event, the sector-at-large appears to be poised for more characteristic stability through the coming few years. One can probably summarize the student housing sector as an asset class that is ultimately influenced by economic shifts although economic shifts tend to have a more muted impact on student housing than other commercial real estate property types.