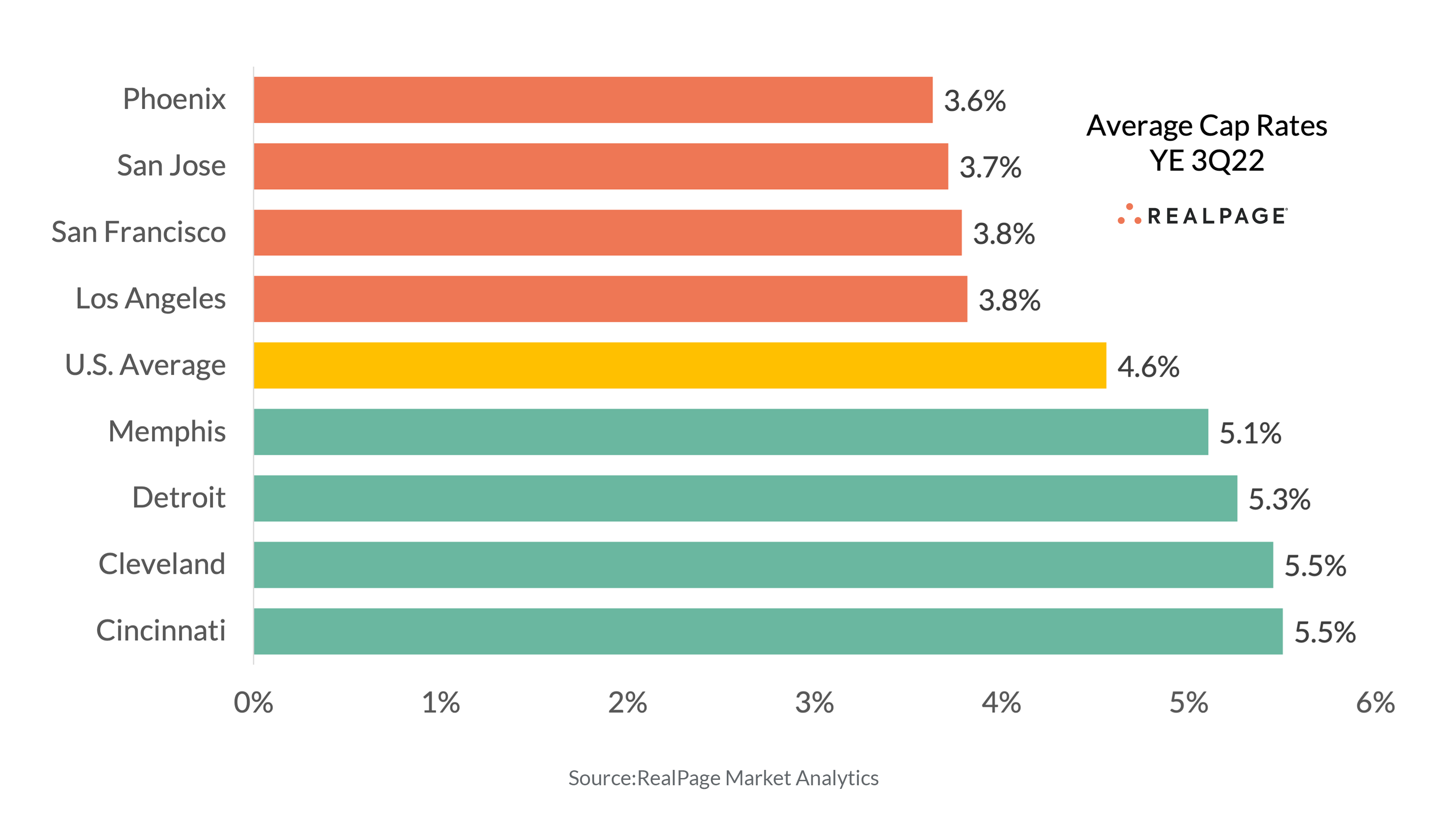 Cap rates for apartments remain historically low and are the lowest among major property types. Based on data from Real Capital Analytics, cap rates among RealPage Market Analytics’ top 150 apartment markets averaged 4.6% during the year-ending 3rd quarter 2022, down 19 basis points year-over-year. Among regions, the West posted the lowest average cap rate of 4%, while the highest average cap rate was in the Midwest, at 5.1%. Among the nation’s 50 largest markets, the four lowest cap rates were all in the West, with the lowest cap rate in Phoenix (3.6%), followed by San Jose (3.7%), San Francisco (3.8%) and Los Angeles (3.8%). Raleigh (3.9%) was the only large market outside of the West Region with a cap rate below 4%. On the other hand, some of the highest cap rates nationwide were in Midwest markets. Cincinnati and Cleveland posted average cap rates of around 5.5%, followed by Detroit (5.3%).