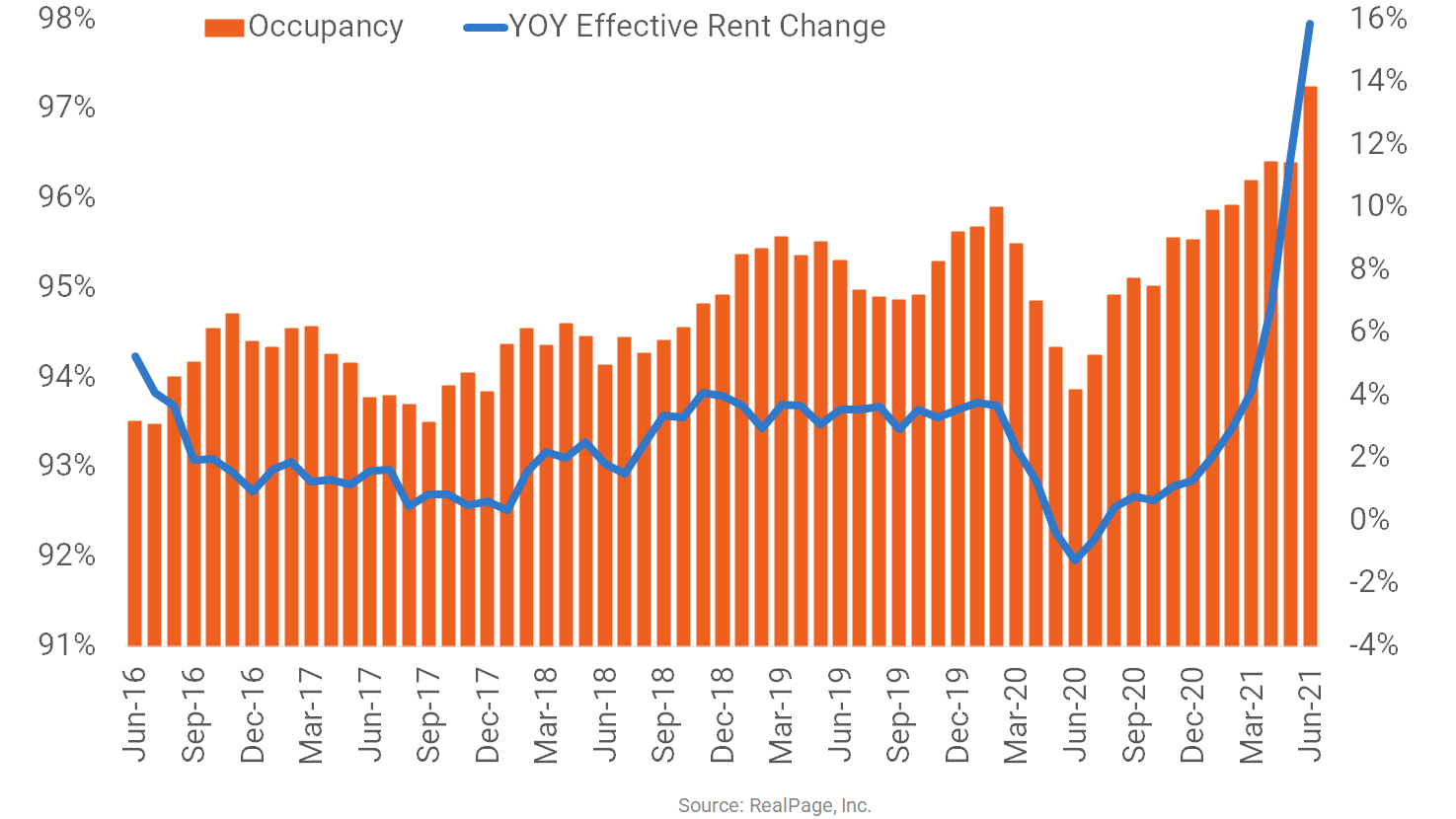 West Palm Beach has become one of the nation’s best performing apartment markets in recent months. Solid demand and limited new deliveries led to one of the biggest occupancy increases in the U.S. in the past year, with the rate in West Palm Beach swelling by 340 basis points (bps) to 97.2% in June. This was the market’s strongest occupancy showing in at least two decades. West Palm Beach also logged one of the nation’s strongest rent growth performances during the past year. Effective asking rents were up 15.9% year-over-year as of June. The only other time annual rent growth in this market came even close to this recent pace in the past 20 years was the price increase near 12% logged in 2005. Helping support apartment market fundamentals, demand has continued at a notable pace – for the most part – while new supply has remained limited in the past few years. Annual deliveries fell at or below the 1,600-unit mark throughout 2019 and 2020. While stepping up a bit in 2021, completion volumes have run notably behind concurrent demand volumes, which also reached a two-decade peak at over 5,000 units in the year-ending 2nd quarter 2021.