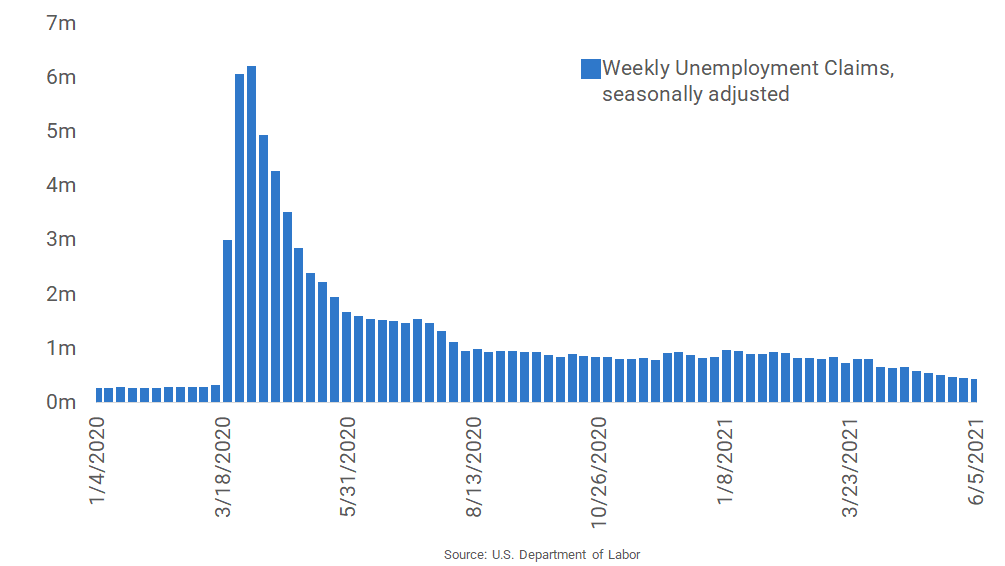 Fewer Americans are filing new claims for unemployment benefits, as the U.S. economy rapidly reopens and more employers begin hiring again. In the week-ending June 5, roughly 376,000 Americans filed initial jobless claims, a decrease of 9,000 from the previous week, according to the U.S. Department of Labor. The recent filings were slightly worse than the 370,000 claims that economists were expecting. Still, this marked the sixth consecutive week of declines in jobless claims. Though the most recent unemployment claims are the lowest seen during the COVID-19 pandemic, they’re still roughly 70% higher than the average weekly claims submitted prior to the pandemic, which typically came in below 220,000. Since the onset of the pandemic, nearly 83.4 million people have filed initial unemployment insurance claims.