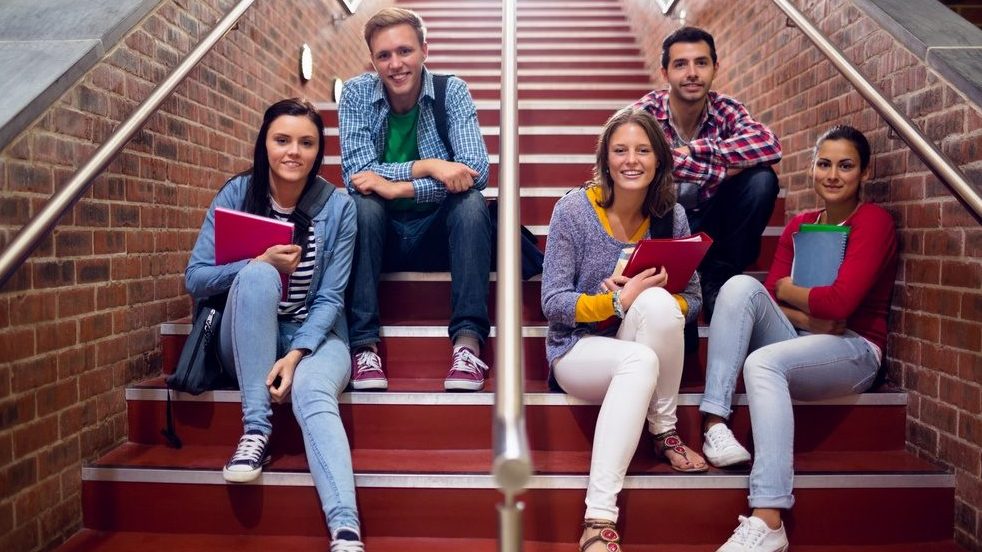 by   Julia Bunch
in   Student Housing

Despite college campus closures across the nation due to the COVID-19 pandemic, students continued to pre-lease housing for the Fall 2020 semester.

As of April, 64.8% of student beds at the RealPage 175 universities were pre-leased for the Fall. While that reading was 80 basis points (bps) under the pre-lease figure from April 2019, pre-leasing has climbed 520 bps since March, which is quite a relief given that April marked the first full month of closed campuses as most colleges temporarily halted in-person learning in mid-March.

One possible explanation for the healthy pre-lease rate is that, despite virtual classes, most student housing operators still report between half and 75% of residents are still on site, according to a recent RealPage poll.

Alternatively, the University of California at Berkeley is the laggard among the RealPage 175 with a pre-lease rate of less than 20% as of April. Those properties where pre-leasing sits far below last year’s rate will likely have to get creative to attract new residents virtually as most colleges have stated in-person classes will not resume in the 2019-2020 academic year. 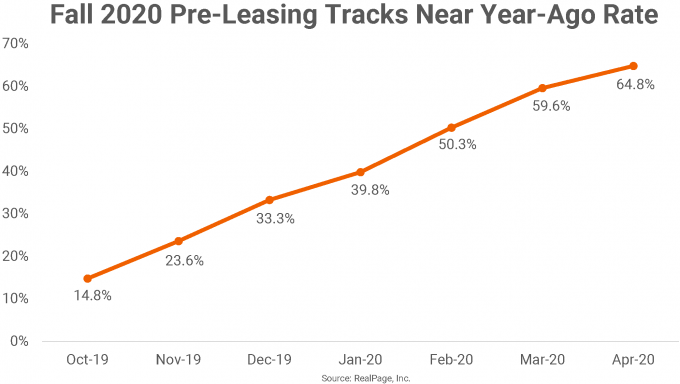 Students who signed a Fall 2020 lease in April saw, on average, a rate that was 1.4% higher than students paid the previous April. That figure is slightly softer than March’s rent growth, but not significantly.

Within the last few weeks, colleges have announced a mix of re-opening plans for the fall semester. Some, such as the University of Texas system, Purdue and Texas A&M University will re-open in-person classes. Others will re-open more selectively, allowing only certain staff and students on campus. Some colleges will continue distance and virtual learning for the time being. Most have yet to announce firm plans.