Strong Demand for Both Student and Competitive Assets 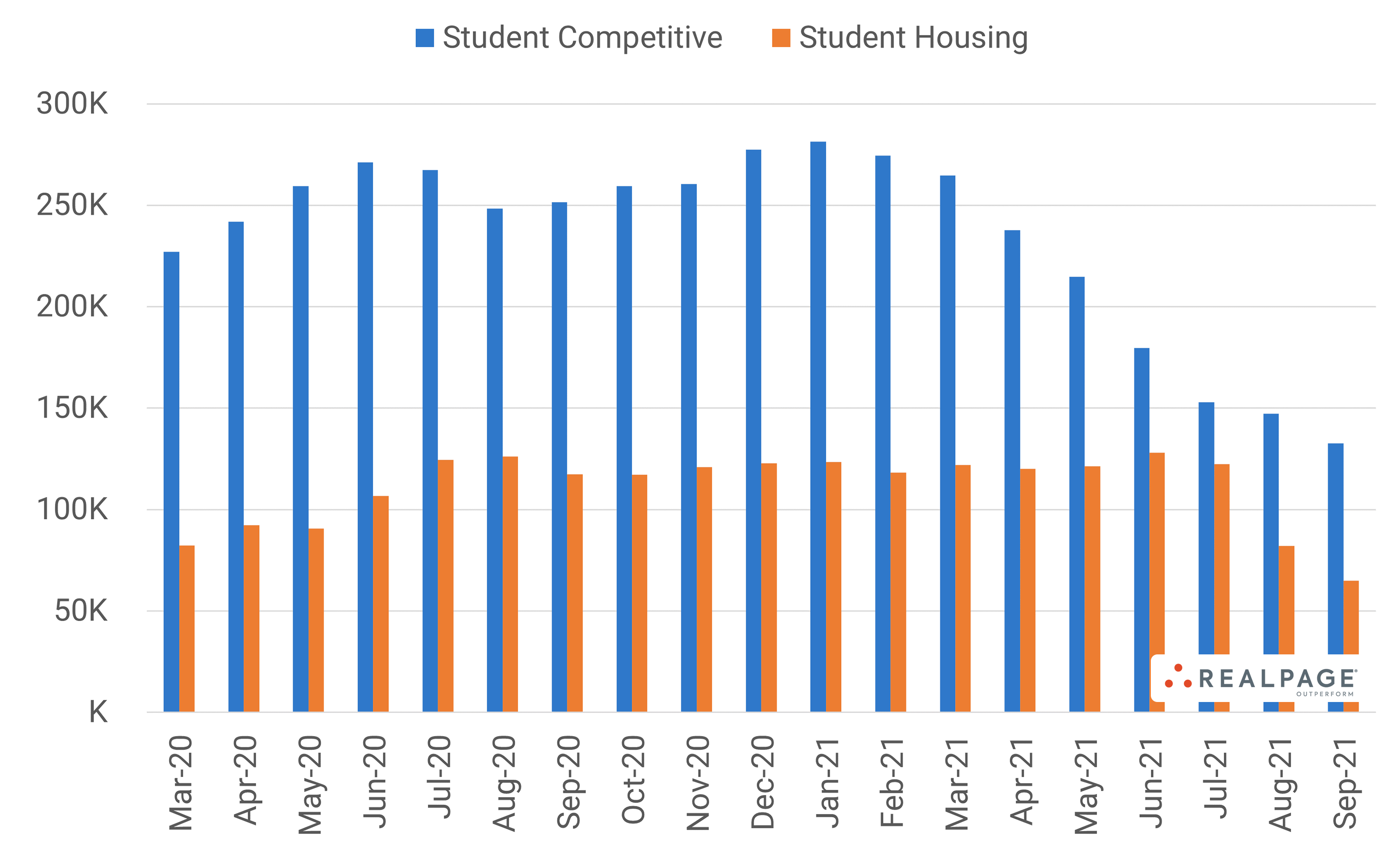 The rising tide of demand appears to have benefitted both student housing and student competitive assets to some degree in recent months. Student competitive housing (defined as conventional multifamily housing within three miles of a campus boundary) can be thought of as one component of the purpose-built off-campus shadow market. Available beds among student competitive assets peaked at around 280,000 beds in Jan. 2021. This was a period when campuses were generally shut down, therefore limiting students’ need to live near campus. The demand surge through the middle part of 2021 however tightened up occupancy considerably, leaving fewer than 150,000 available student competitive beds by the start of the academic year in September 2021. The concern was that this may have poached demand from student purpose-built housing. But that did not materialize. As of September, there were fewer available student housing beds than pre-pandemic, which is not bad considering another 45,000 or so newly built beds were added during that period. This means that demand has improved across the board, with both student competitive and purpose-built benefitting rather than one product’s gain coming at the expense of the other.