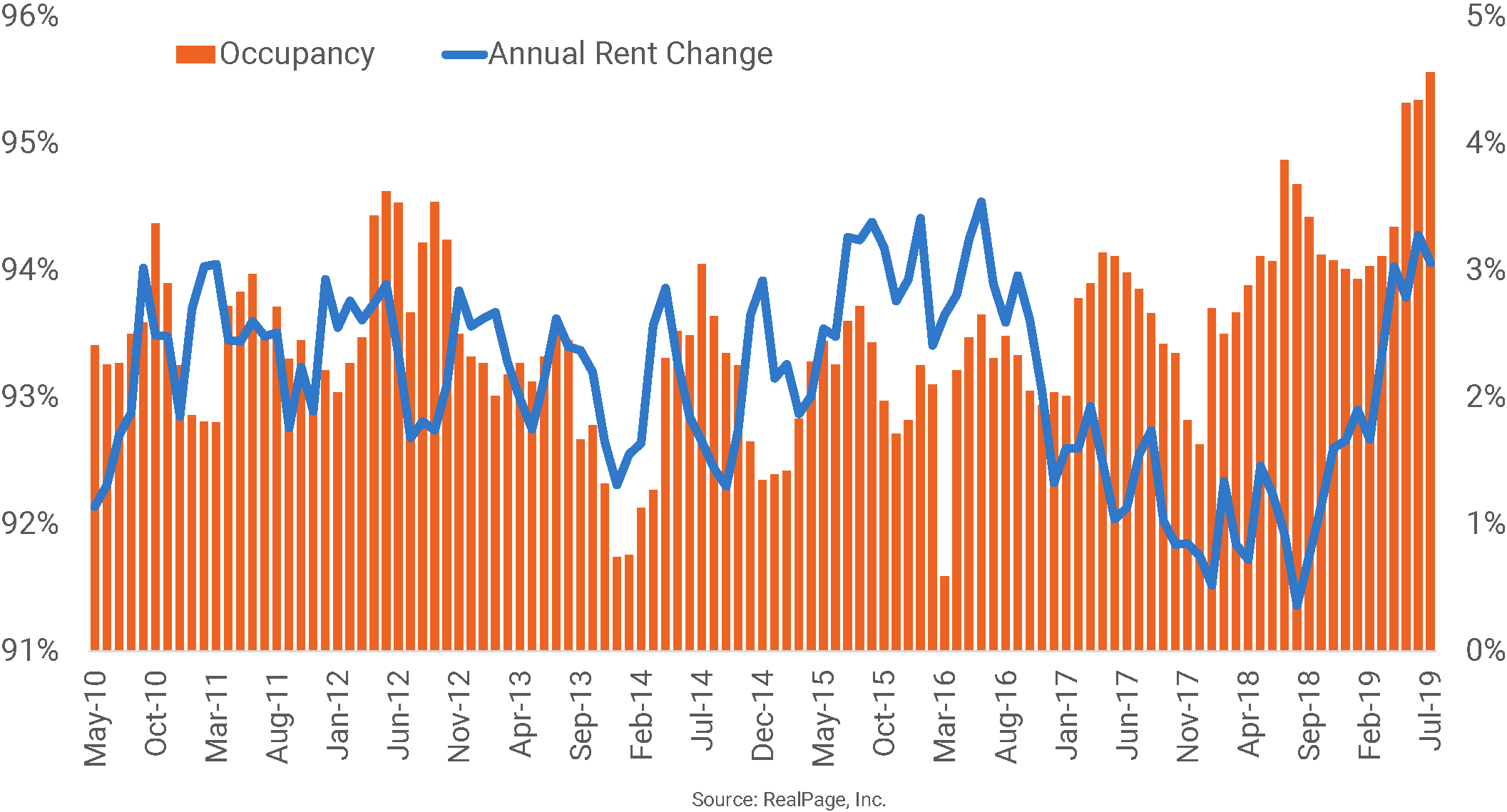 Apartment occupancy in St. Louis has been strengthening for several years now and recently reached a point the market hasn’t touched in nearly two decades. As of July 2019, St. Louis occupancy hit 95.6%, the strongest showing this market has seen since 2001. This latest showing was 400 basis points ahead of the most recent low point from March 2016. Taking advantage of occupancy that has tightened noticeably throughout the past three years, St. Louis apartment operators have pushed rent growth above 3% in recent months, a rate the market rarely reaches. Year-over-year, prices were up 3.1% as of July. This was well above the market’s five-year average, which was closer to the 2% mark. The recent low point for rent growth in St. Louis came nearly a year ago, in August 2018, when price increases were barely mustering at 0.4%.