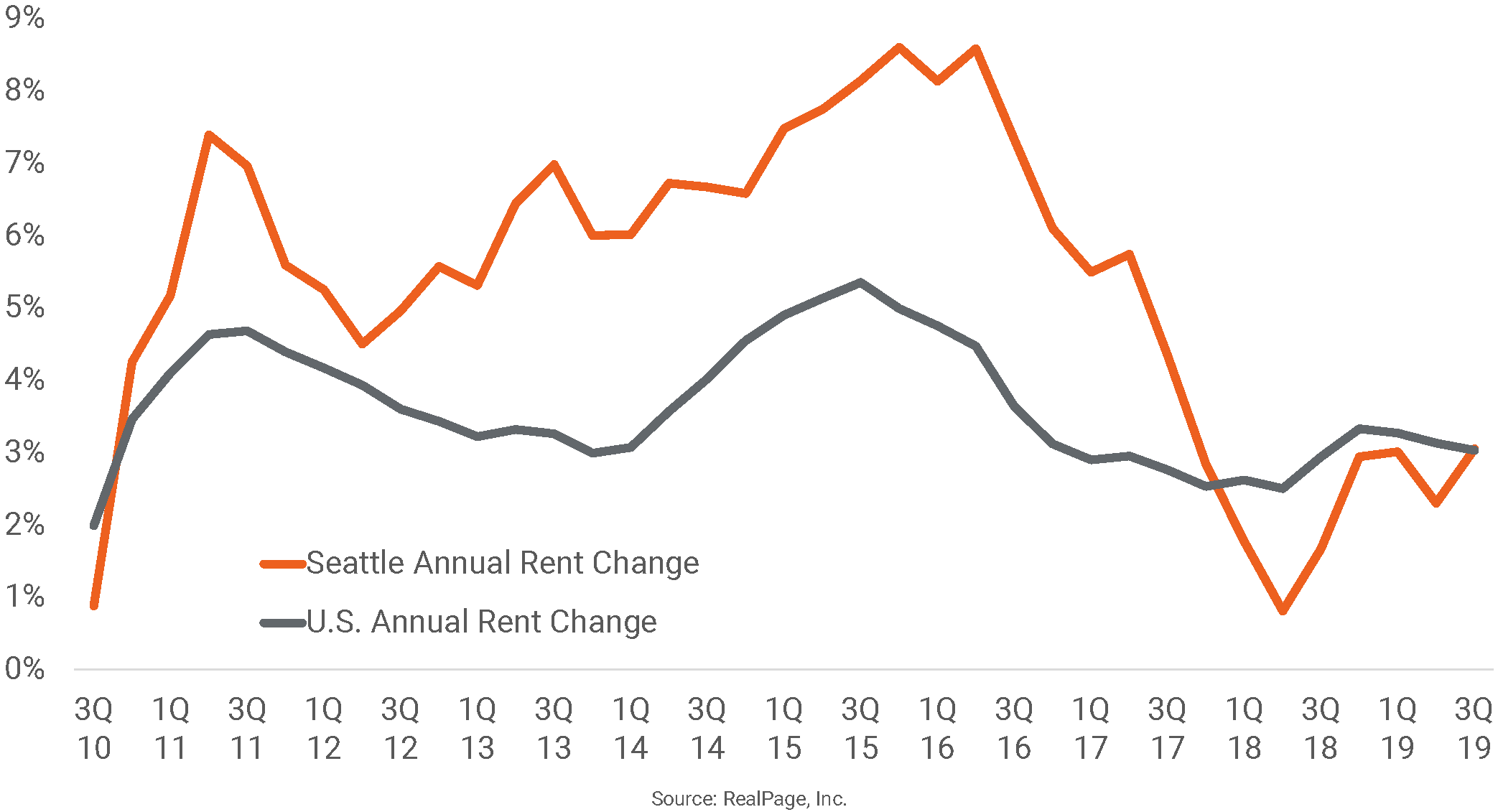 After registering below the national average for six consecutive quarters, annual rent growth in Seattle is once again – albeit marginally – ahead of the U.S. norm. At 3.1%, annual rent growth in Seattle in 3rd quarter was the strongest the market has seen in nearly two years. Though still quite a bit below the average of 6.6% this market was recording in the 2011 to 2016 time frame, recent rent growth is well recovered from the recent low point of 0.8% from 2nd quarter 2018. Allowing Seattle operators to push rents ahead of the national norm, despite sizable supply volumes, apartment demand has been robust recently. A big absorption boost in this year’s prime leasing season pushed annual demand to its highest point since 2017. As a result, occupancy is now at 96.2%, one of the best showings this market has seen in five years.