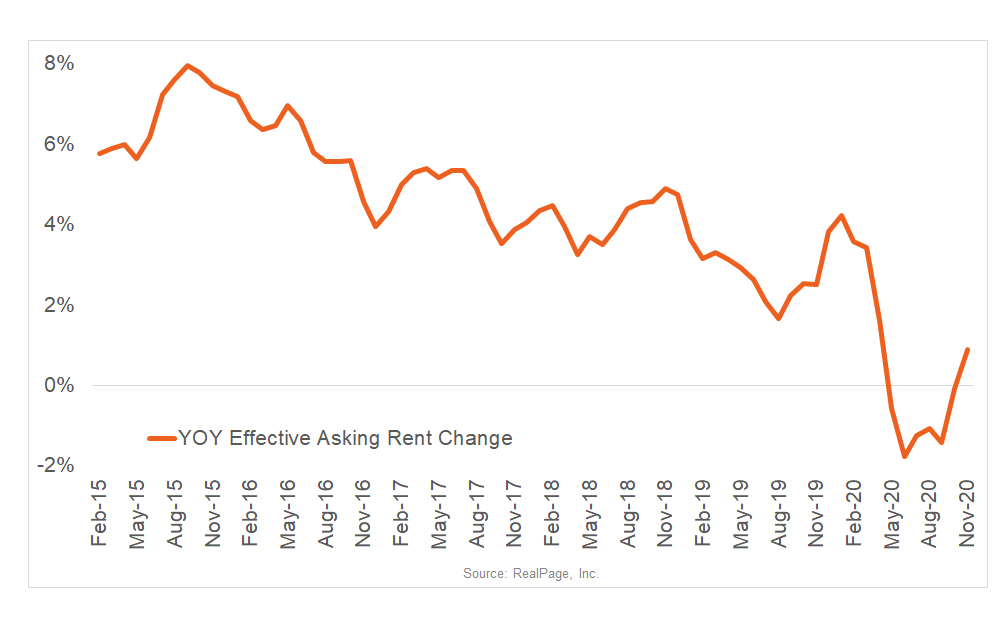 San Diego’s apartment market saw the return of mild rent growth in November. Effective asking rents were up 0.9% year-over-year as of November, marking the first sign of rent growth in San Diego since April. Outside of the relatively more affordable Riverside and Sacramento – which never did fall into price decline – San Diego is the first major California market to see rent growth return after the downturn of 2020. Rent cuts remain steep at more than 14% in the expensive San Francisco and San Jose markets, while Los Angeles and Oakland are still logging declines closer to 5%. Anaheim performed similarly to San Diego, with annual cuts never getting deeper than 2%, but operators in Anaheim are still cutting prices by roughly 1%. While rent growth in San Diego is still well behind the market’s five-year average growth pace, the performance here is still in contrast to the modest cuts still occurring in the U.S. overall.