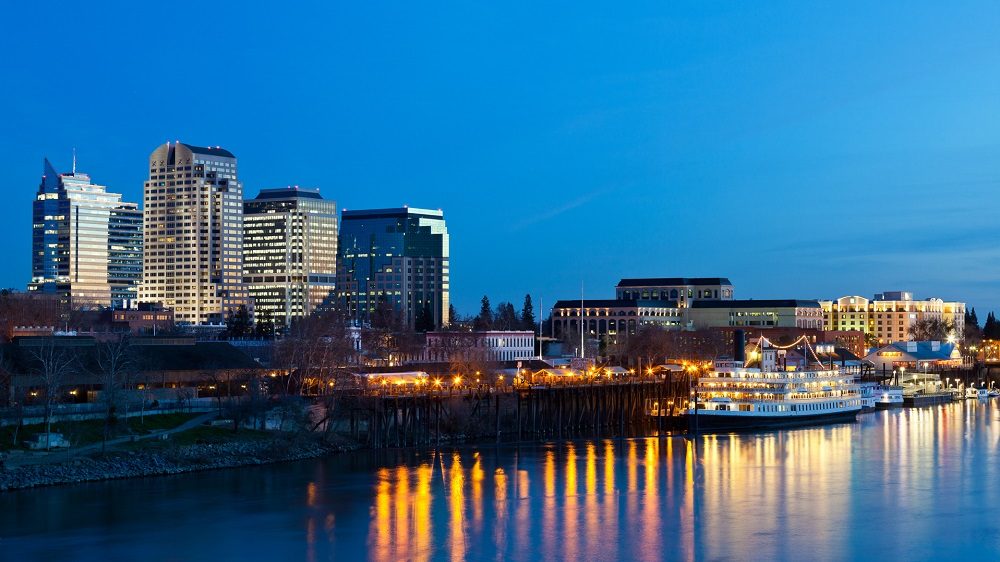 by   Greg Willett
in   Sacramento

After demand for apartments in Sacramento surged in 2020, the metro’s existing product inventory is full, and rents are climbing at a very fast pace. Performances should remain robust over the short term, while the long-term outlook could be impacted by what happens in the nearby San Francisco Bay Area region.

Sacramento’s occupied apartment count grew by roughly 3,100 units during calendar 2020. Demand was way above normal, as product absorption in the previous decade averaged about 1,300 units per year. 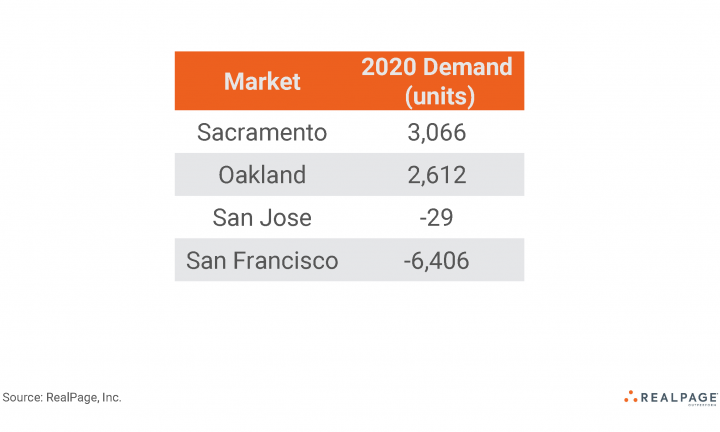 Stellar local demand appeared to stem mostly from the capture of households escaping the high living costs in the Bay Area, now that more people are working from home. At 2020’s end, Sacramento’s average monthly rents of $1,608 compared to prices standing at roughly $2,200 in Oakland, a little more than $2,400 in San Jose and about $2,700 in San Francisco.

Strong demand for apartments in Sacramento over the past year pushed the metro’s occupancy rate to 97.3% as of December. Occupancy climbed by 100 basis points during the calendar year.

In turn, the metro registered one of the biggest increases in rent seen anywhere across the country. December’s effective asking rents for new leases climbed 7.1% from the levels seen a year earlier. Pricing jumped 8.7% for Class A properties, 6.8% in the Class B stock and 3.8% in the Class C inventory.

Watch What Happens with the Economy …

While RealPage analysts are optimistic about the near-term prospects for Sacramento’s apartment market, there are some downside risks in this one.

The top question here is probably whether or not households continue to bail out of the Bay Area and move into Sacramento. Absent of that influence, the local economy isn’t in great shape and likely would struggle to produce much housing demand in the near term.

The latest employment count showed jobs still off the early 2020 tally by about 6%. Furthermore, the metro’s recovery pace could be slowed by the big role that the government sector plays in the overall economy. State and local government revenues are taking a hit, suggesting that government payrolls are more likely to shrink than expand in the immediate future. 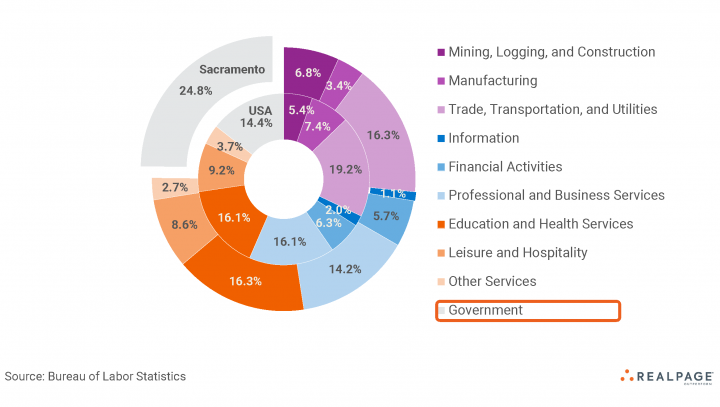 … and with Urban Apartment Construction Activity

Ongoing apartment construction in Sacramento stood at some 3,600 units at the end of 2020, pointing to near-term inventory growth of 2.3%. That’s not an off-the-charts addition volume, especially when targeted completion dates for some of the product on the way stretch into 2022.

Having said that, building activity is right at the top of the range recorded over the past couple decades. 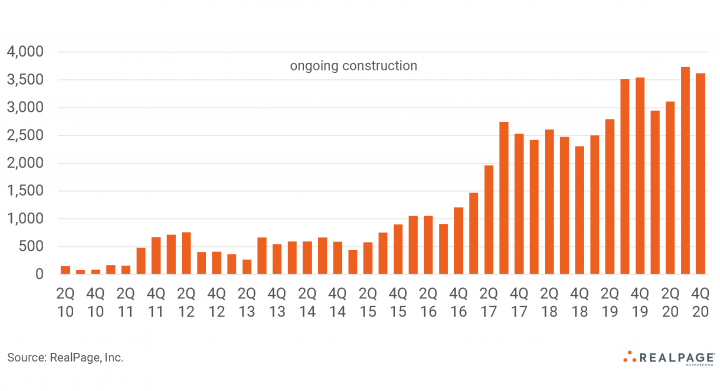 Downtown construction, in particular, appears in some danger of over-heating. About 2,000 of the 3,600 units on the way across the metro will be added in the Central Sacramento submarket. It’s notable that Sacramento’s urban core is the one spot in the metro where rents are being cut. Late 2020 pricing was off 2.4% from the year-earlier level.

For more on Sacramento, and the other metros that have shown resilience throughout the COVID-19 pandemic, watch the recent webcast: Up Close and Local: New and Improved Markets.