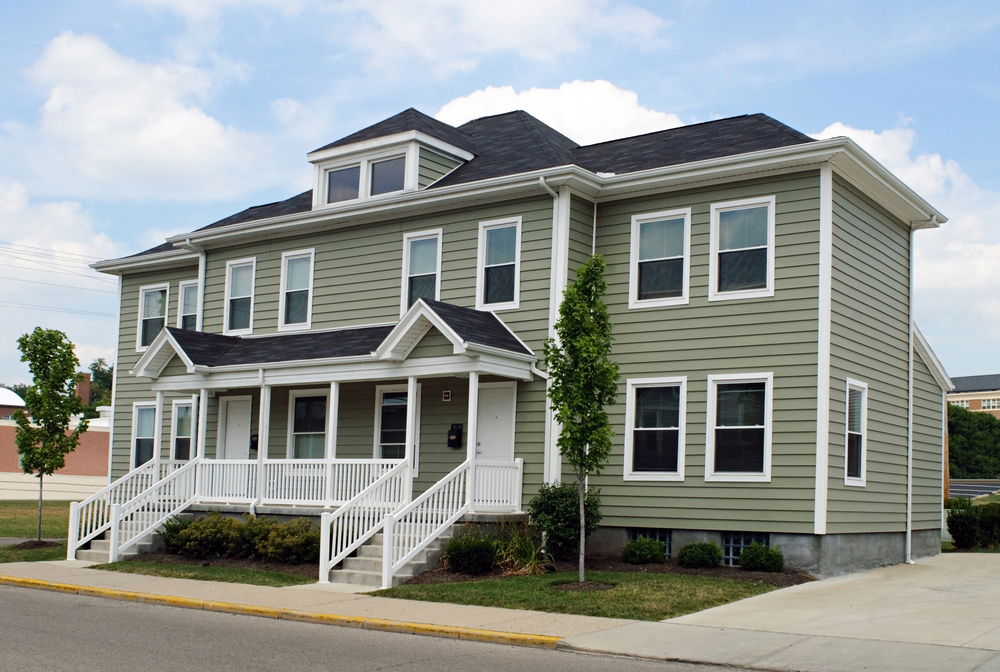 Not long ago, we looked at the plight of the plex at the national level. The result of our research found that 2-4 unit permits as a share of total residential permits have been on a downward trend since at least the 1960s. Multifamily (5+ unit) permits as a share of total also have been trending downward, but at a more gradual rate – at least until the current post-recession cycle.

Although they comprise a small portion of total residential construction, multi-unit “plex” properties compete to some degree with apartments, for-lease single-family and rental condominiums or townhomes. In fact, according to data from the Census Bureau’s American Community Survey (ACS), more than 83% of existing occupied 2-4 unit structures are rentals.

How are duplexes, triplexes, and fourplexes faring at the metro level? The following chart graphs the ratio of the 2-4 unit to total residential permits for the current top five metro areas for multifamily permitting (5+ unit) from 1988 to October 2017.

As seen in the chart, Dallas-Fort Worth and Denver have had relatively stable ratios of plexes to total permits over the past 30 years, averaging 1.0% and 2.0%, respectively. Seattle-Tacoma and Los Angeles-Anaheim have had a few ups and downs in their plex ratios, but have not strayed too far from their long-term averages of 5.9% and 5.6%, respectively. New York-Newark has experienced the most variation in its ratio of plexes to total residential permits over the years, ranging from 2.7% to more than 26%.

During the housing bubble and the years leading up to it, New York more than quadrupled the number of plex properties permitted, while single-family permitting merely doubled at the same time. New York’s plex ratio has dropped to about 6% after 2010 as the proportion of 5+ multifamily permits has risen from about 32% pre-recession to more than 70% today. A large part of the recent run-up in New York’s multifamily permits is due to the 421-a tax credit situation.

The table below shows that all of these top multifamily permitting metros are building a smaller proportion of their residential units as plexes when compared to their existing base of 2- to 4-unit properties. That is not surprising with the aforementioned decline in plex construction historically. In addition, many communities converted some single-family properties into multifamily during and after World War II due to acute housing shortages, increasing the number of 2- to 4-unit properties without a new “plex” building permit.

The ACS data also revealed that New York has a lower proportion of plex rentals than the remaining top five metros, but with the higher housing density in that market, that also is not surprising. Dallas, Los Angeles and Seattle are each above the national average of 83%, but Denver is well below it. Interestingly, New York also has a higher household size for owner-occupied plexes than for rentals, while the other metros have an average plex renter household size of about 2.6 people, compared to 2.0 for owner-occupied plexes.