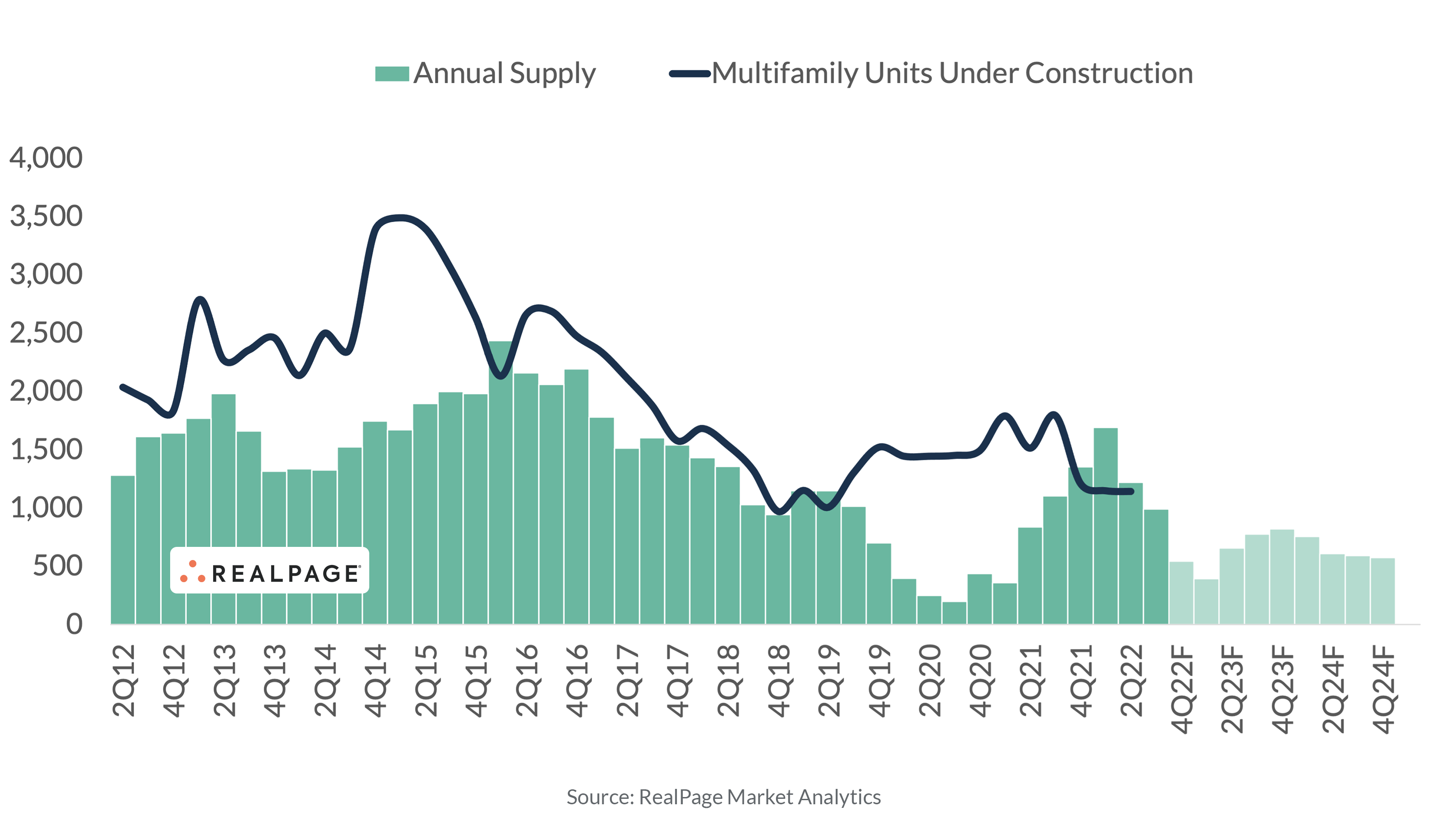 While Oklahoma City experienced considerable construction in the middle part of the 2010s-decade, today’s figures are extremely modest in comparison. At its peak in early 2015, some 3,491 apartment units were under construction. That accounted for nearly 4% of all existing inventory in the metro. By comparison, just 1,144 units are under construction in Oklahoma City today, accounting for a notably smaller 1.1% of all existing stock. Annual deliveries dropped from a peak of 2,500 units in 2016 down to just 200 units in 2020, although the 2020 figure likely saw some supply delays as a result of the pandemic. Oklahoma City is a fairly large market with an MSA population of roughly 1.4 million, so there is still some ongoing construction in the metro, but most of today’s activity is focused on the single-family market. In fact, less than 1% of all housing permitted in Oklahoma City in the year-ending 2nd quarter 2022 was multifamily. That was the smallest share of multifamily permits relative to total permits in the nation. The relative lack of multifamily permits issued lately can at least be partially attributed to Oklahoma City’s apartment market struggles in 2016. Not only was that the point in which a record number of units came online, but that coincided with the 2016 energy price crash, which led to flat to declining employment levels in Oklahoma City for a few consecutive quarters. As such, the apartment market here has taken some time to recover to a better supply/demand balance.