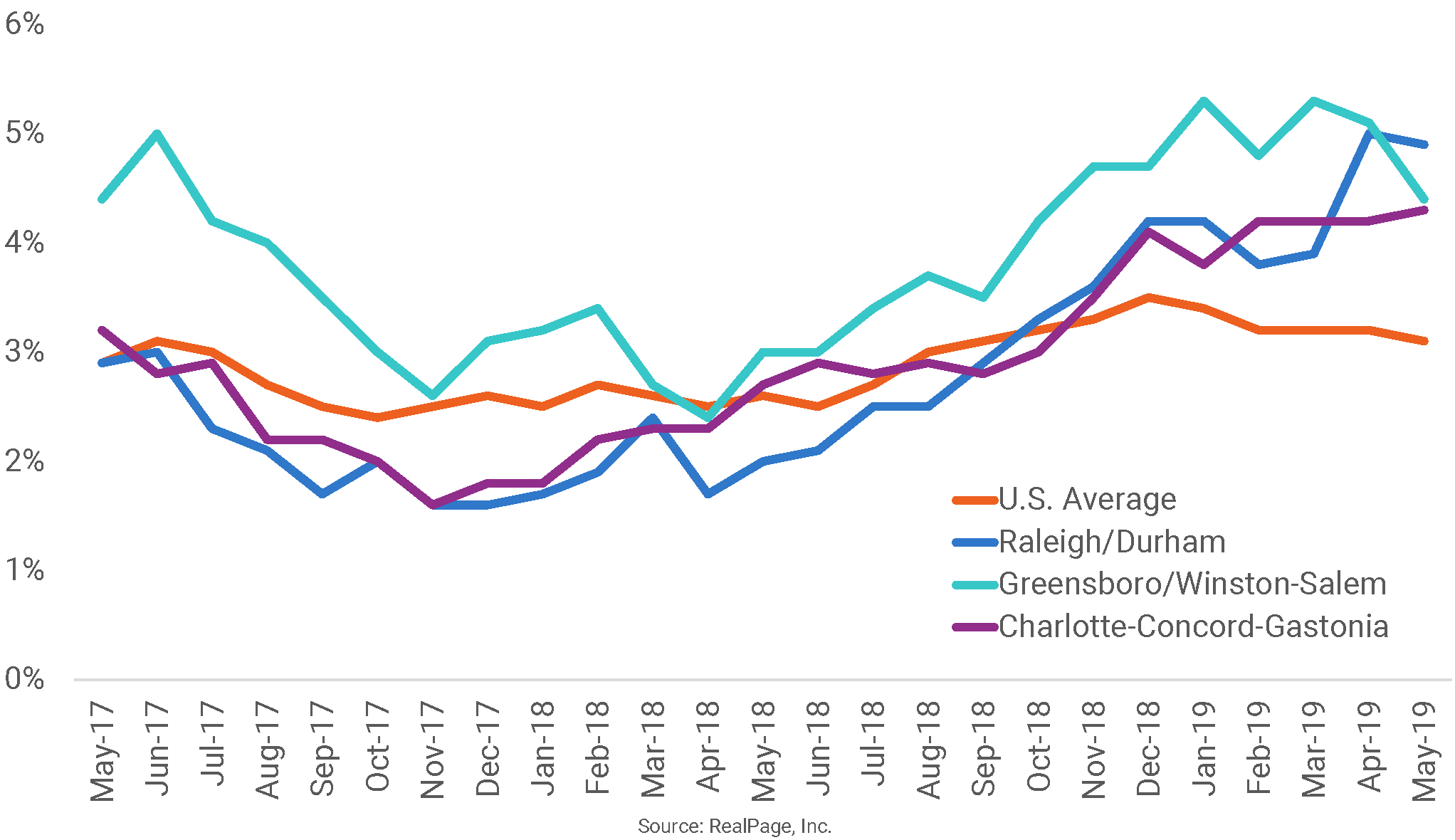 No state had more markets land in the top 10 for annual rent growth in May than North Carolina. All three major North Carolina markets – Charlotte, Raleigh/Durham and Greensboro/Winston-Salem – saw rents for new apartment leases rise 4% to 5% in the past year. Raleigh/Durham ranked #4 with rent growth of 4.9%, while Greensboro/Winston-Salem and Charlotte ranked #9 and #10 with increases of 4.4% to 4.3%, respectively. The other state to have multiple markets in the top 10 was California, where the late-recovery Sacramento and Riverside/San Bernardino saw rents rise 4.5% and 4.9%. The three North Carolina markets have been outperforming the national average for rent growth since at least November 2018 – and Greensboro long before that. These markets share a couple key characteristics. For one, they have strong and increasing occupancy thanks to demand outpacing supply. Charlotte’s occupancy stands at 95.7%, while Greensboro’s stands at 96.1% and Raleigh/Durham’s stands at 95.5%. Despite vast construction in Raleigh/Durham and Charlotte, demand in both markets has kept pace. For another thing, they’re all still affordable compared to the U.S. norm of $1,394. Charlotte rents average $1,150, Raleigh/Durham’s average $1,154 and Greensboro/Winston-Salem brings up the rear with $851.