Prices Per Unit Surge in Nashville and Atlanta 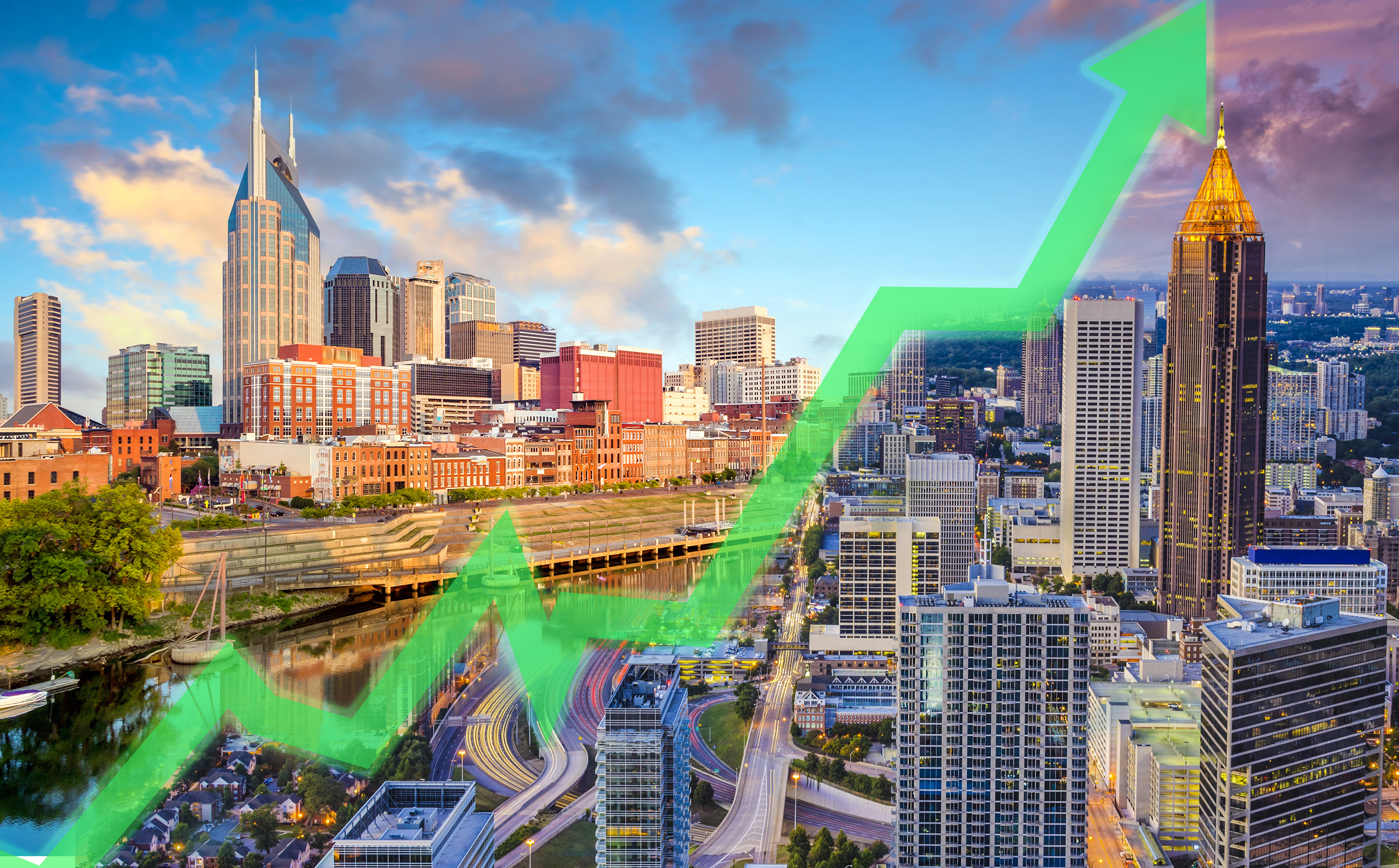 Among the Southeast region apartment markets, two have seen a significantly favorable trend from an investor’s perspective in the past decade. 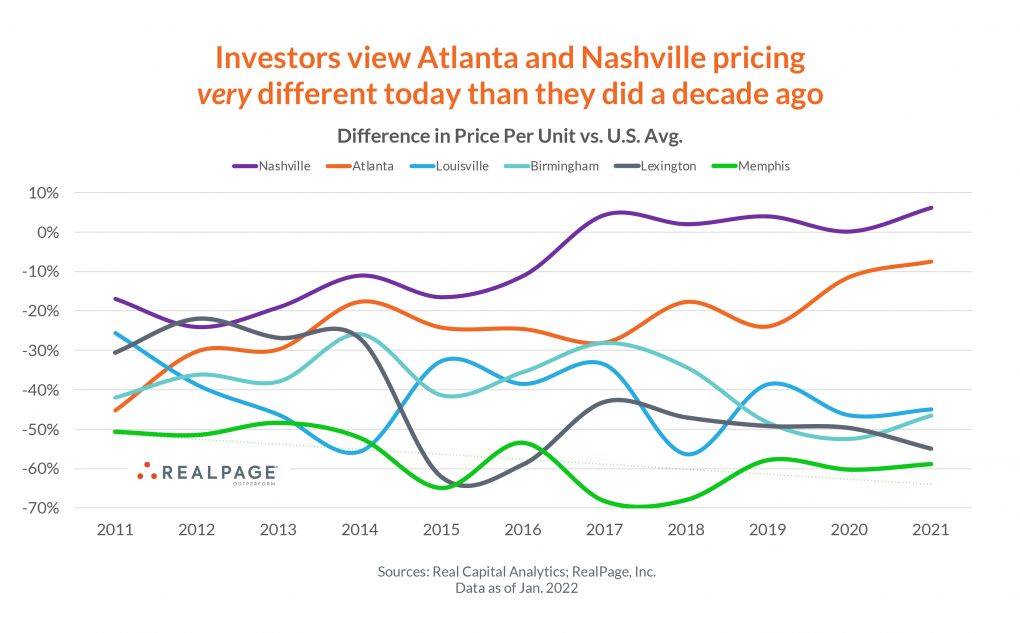 Atlanta’s story is similar. Back in 2011, Atlanta was 45% more affordable than the U.S. average, at a little over $51,000 per unit. Today, however, Atlanta operators have made significant strides to close that gap, and now Atlanta prices per unit fall below U.S. norms by just 7%.

On the other hand, Atlanta and Nashville’s regional peers have seen a different pattern, with prices per unit in relation to the U.S. average declining over the past decade in Louisville, Birmingham, Lexington and Memphis.

For more information on the apartment markets in the Southeast region, including forecasts, watch the webcast Market Intelligence – Southeast Region Webcast.