Midland/Odessa Rent Growth is Off the Charts 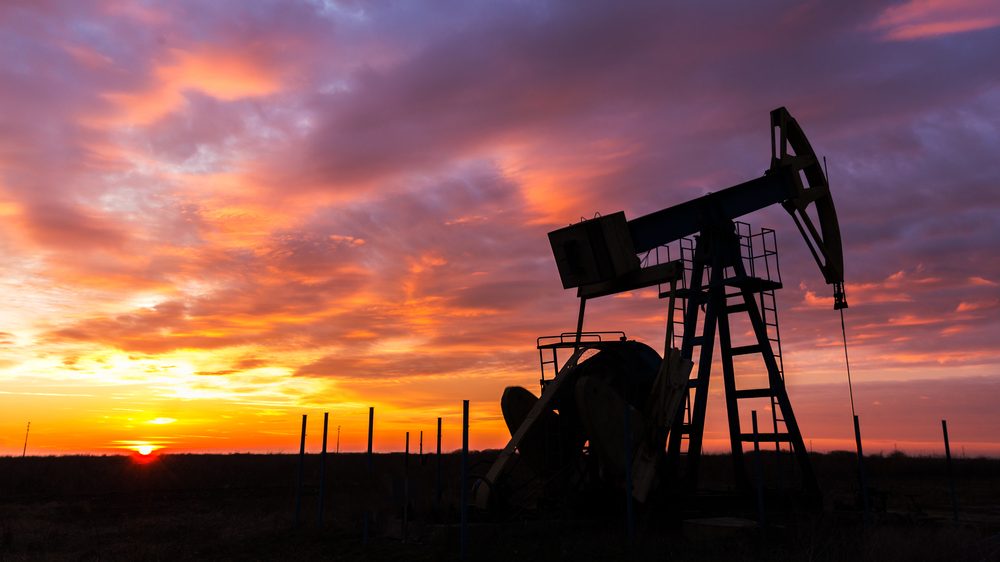 by   Kim O'Brien
in   Local Markets

The Midland/Odessa apartment market recorded a stunning rent hike of 41.6% in 2017. That was by far the strongest annual rent growth in the country, and the most aggressive price positioning the Permian Basin has registered since RealPage began tracking the metro.

The energy sector drives the local economy in oil-dependent Midland/Odessa, so it’s not surprising to see apartment performance follow the boom and bust nature of that industry. Apartment rents shot up 26% in the area during 2012, after rig counts peaked in Texas, and then rental rates took a 27.1% dive in 2015, following a collapse in oil prices. More recently, oil and gas job growth returned, and so did another boom in apartment pricing power. 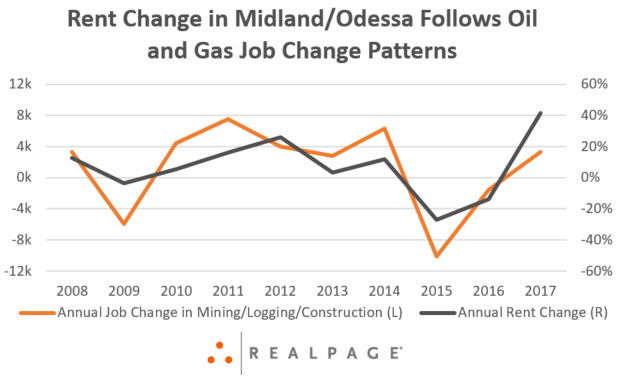 Rent change was not the only metric registering a drastic upturn recently. Occupancy in Midland/Odessa jumped 6.7 points year-over-year during 2017, landing at 95.7% in 4th quarter. That rate was well above the historical average and the strongest reading the metro area has seen since before oil prices fell. Conversely, occupancy in Midland/Odessa was at its worst just a few quarters ago, landing at 87.9% in 3rd quarter 2016.

In addition to the strong absorption created recently, the Permian Basin’s apartment market also benefited from an absence of new apartment deliveries. Flatlining completion volumes in 2017 offered a reprieve after record-breaking deliveries hit the market during the 2014 through 2016 timeframe. Demand for apartments in the wake of the oil and gas boom was strong, allowing the metro to absorb nearly 1,600 units in 2017. That was some of the stoutest absorption the metro has seen in recent history.

The oil and gas industry is expected to ride tailwinds into 2018, and that means operators in the Midland/Odessa apartment market will likely keep raising rents at elevated levels. Though it’s safe to say the hike recorded in 2017 is not sustainable, look for strong price positioning until the boom period relents to bust once again.