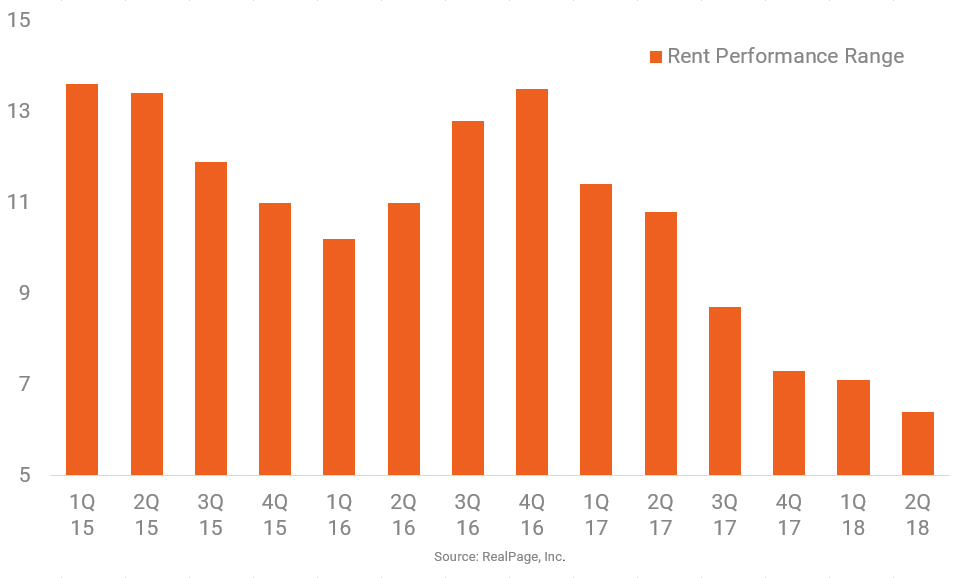 As the current cycle wears on, the range of rent performances among the 50 largest U.S. markets continues to narrow. As of mid-2018, the disparity between the best performance – Orlando’s 6.5% – and the worst – Chicago’s 0.3% – was just 620 basis points. That’s the tightest spread since the cycle began in 2010, and it comes as U.S. rent growth continues to moderate. U.S. rent growth peaked around 5% in 2015, when the range of metro-level performances landed around 1,300 basis points.