Markets With the Most Year-Over-Year Occupancy Change 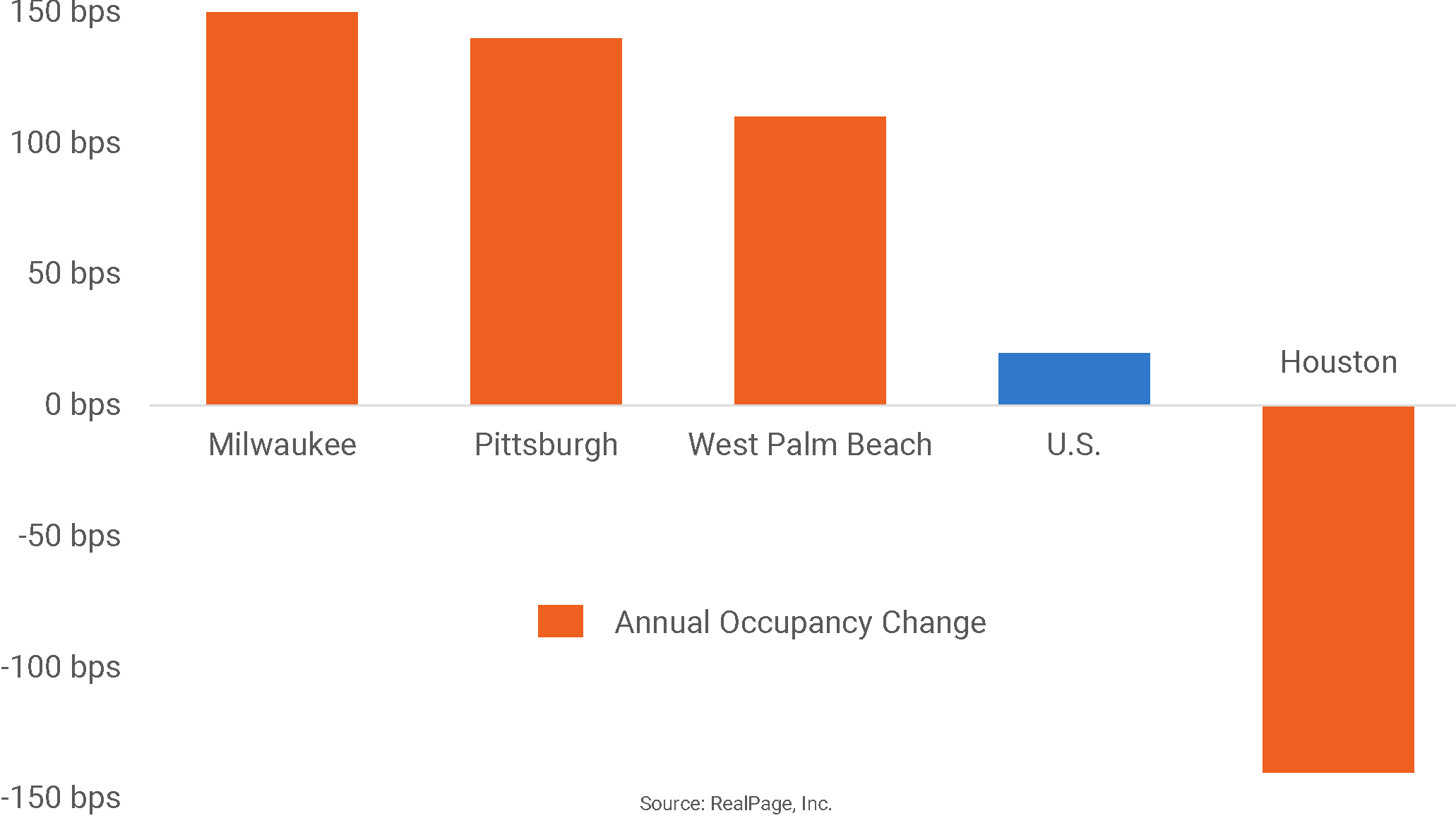 This January, across the U.S., apartments were about 20 basis points (bps) tighter than they were last January. Average occupancy nationwide now stands at 95.1%, making this the fullest January in the current economic cycle. While the national progress was mild, however, four major U.S. markets have seen changes of 100 bps or more in occupancy in the past year. Three of these moves were in a positive direction. Milwaukee’s occupancy, which historically hovers above the national norm, surged 150 bps from January 2018 to January 2019. Pittsburgh’s occupancy climbed 140 bps over the same time frame, while West Palm Beach’s occupancy ascended 110 bps. Milwaukee (96.6%), Pittsburgh (95.4%) and West Palm Beach (95.4%) now all have occupancies above the U.S. average. Conversely, Houston saw occupancy plunge 140 bps between January 2018 and January 2019. Houston’s current rate of 92.6% stands well below the nationwide average. The heave in performance seen following Hurricane Harvey in late 2017 have burned off and left Houston with the lowest occupancy it has seen since before the storm.