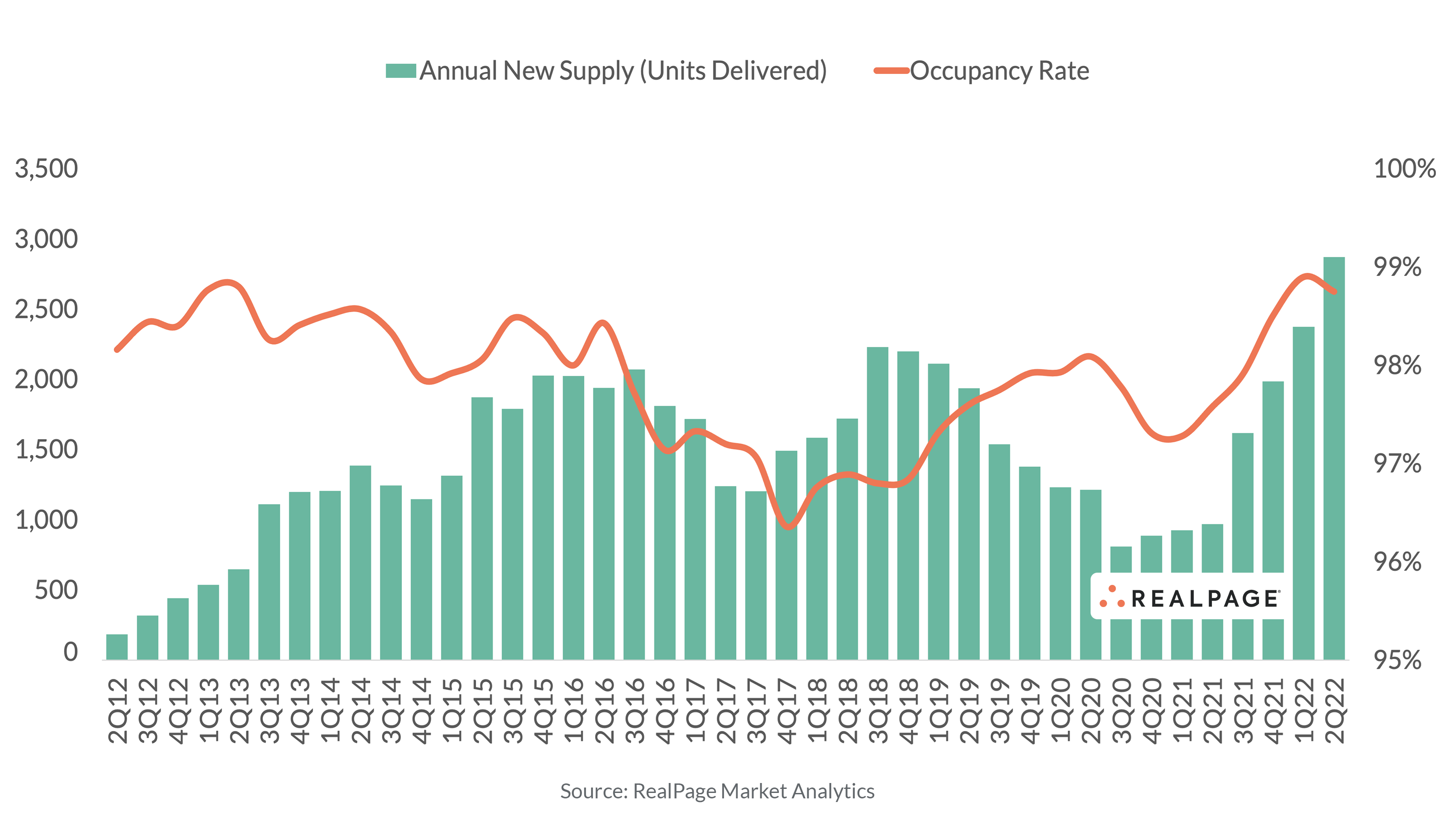 No stranger to new construction, Madison, Wisconsin appears to be on the verge of another significant wave of new apartment deliveries in the coming 12 months. Madison is expected to receive some 2,879 units within the coming year, growing local stock by 3.9%. Both of those figures are expected to be records for Wisconsin’s second largest MSA. Still, new supply hasn’t been a deterrent for local occupancy rates in recent years. Over the past 10 years, Madison’s average occupancy rate (97.9%) has ranked among the nation’s best. Madison is a quintessential college town as evidenced by its local economic and demographic makeup. Madison’s local Government employment sector totals some 87,100 jobs, in turn comprising 21.4% of the total economic base in the metro. By comparison, the U.S. average share of Government employees is 14.9%. The resulting location quotient of Government jobs in Madison is 1.4, which substantiates Madison’s status as the Wisconsin state capital plus the huge influence of the University of Wisconsin and its nearly 48,000 students. Additionally, more than 54% of local residents hold a bachelor’s degree or higher – far more than the U.S. average of roughly 33% and one of the 10 largest shares in the country. As such, the local employment base and demographic makeup translates to a stable demand base. While rent growth in this market typically trails the nation at-large, the local occupancy rate should remain among the nation’s tightest going forward, even with significant construction underway.

Tags
Previous Article
How Do Rents Move in a High-Inflation Market? Look to the 1970s.
Next Article
Apartments Remain Hot, But Peak Rent Growth Could Be in Rearview Mirror
WEEKLY WEBCASTS
MARKET UPDATES.
EXPERT INSIGHTS.
Q&A.