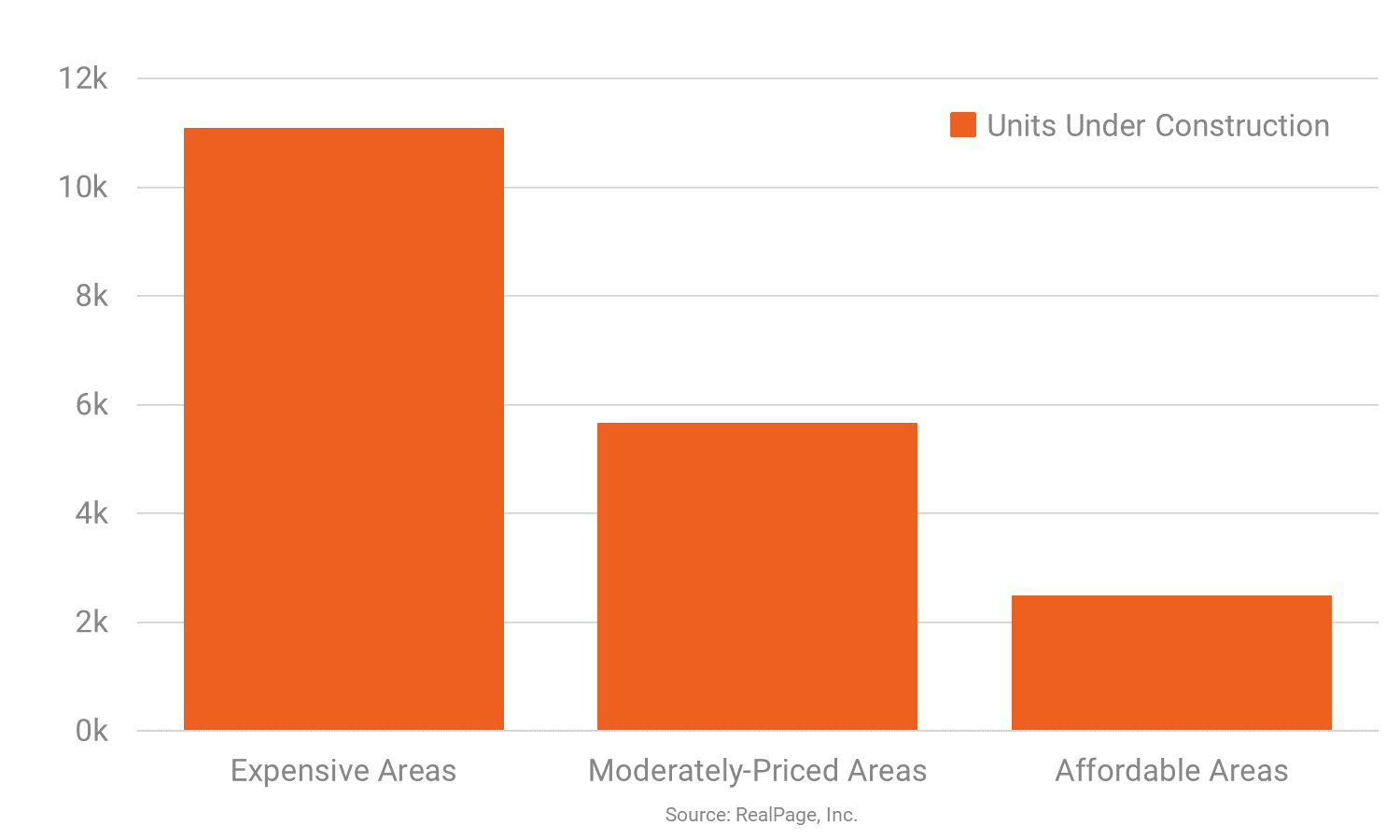 Apartment construction in most U.S. metros is concentrated in comparatively expensive neighborhoods. Metro Los Angeles provides a good example of that pattern. Of the 19,210 apartments under construction across Los Angeles County, 58% of them are on the way in neighborhoods where typical rents are at least 10% above the metro average. Downtown Los Angeles, Hollywood and Santa Monica/Marina del Rey are especially active building zones. Neighborhoods with typical rents right around the metro average of roughly $2,200 contain 29% of the product now under construction, with the Mid-Wilshire corridor and Burbank/Glendale/Pasadena accounting for most of that future supply. Just 13% of near-term additions will come online in neighborhoods where rents are at least 10% under the metro norm. Long Beach and Northridge/North San Fernando Valley are the two key construction spots in the more-affordable neighborhood category.