Knoxville is Among the Nation’s Rent Growth Leaders 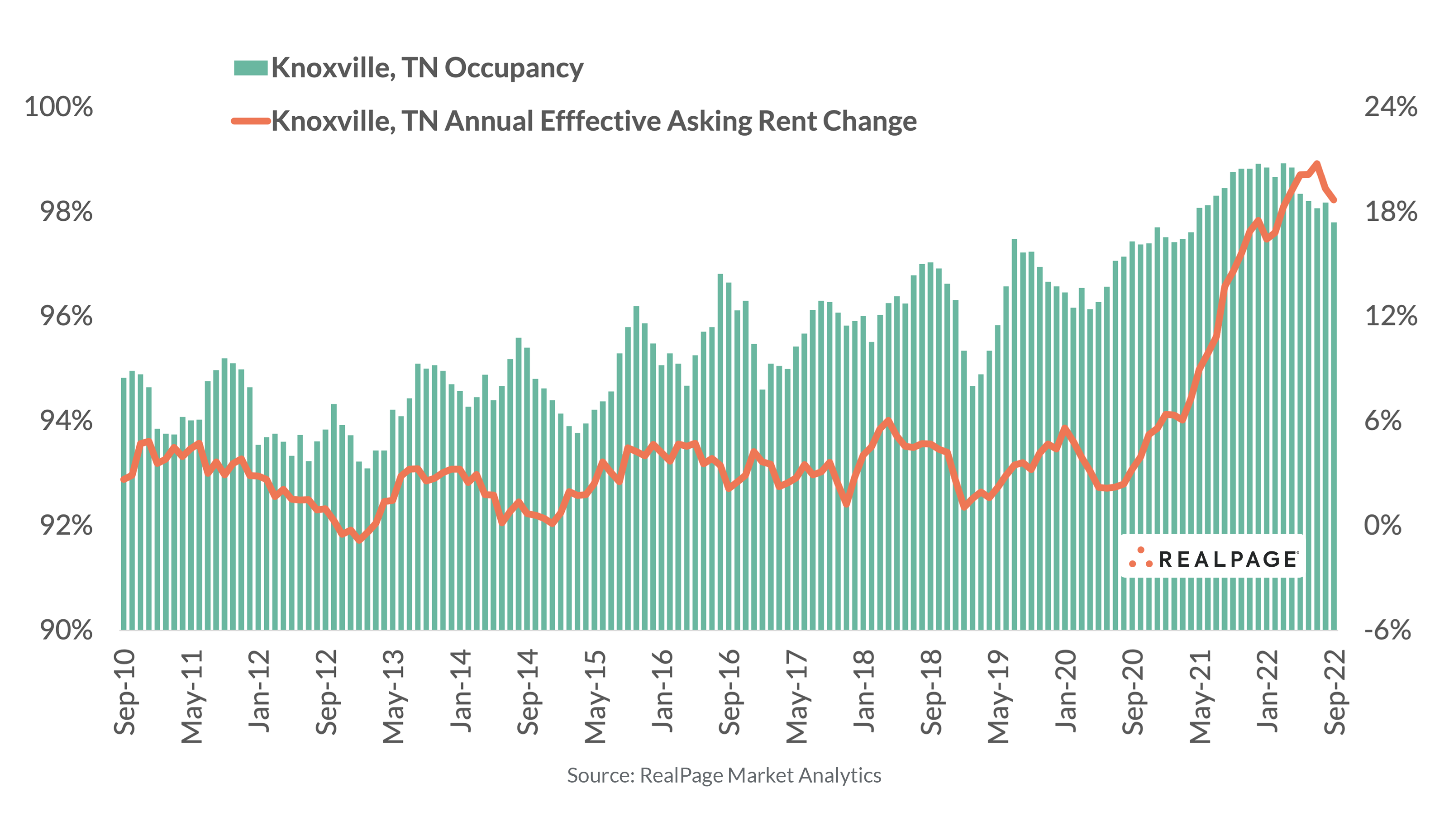 Knoxville’s apartment market has historically mirrored national trends, with occupancy averaging around 95% and annual rent growth averaging less than 3% for much of the past two decades. But starting in late 2020, Knoxville began to diverge from the norm, witnessing unprecedented occupancy and rent growth that has continued into 2022. In September, occupancy in Knoxville registered at 97.8%, according to data from RealPage Market Analytics.  While that was down from the market’s readings of more than 98% over the past year, the new rate is 220 basis points above the U.S. average and ranked Knoxville at #12 among the nation’s top 150 markets. With very few vacancies available over the past year, operators in Knoxville have been pushing rents notably. The market has posted double-digit annual rent growth for more than a year. At 18.7% as of September 2022, annual rent growth in Knoxville ranked #3 nationally, behind Cape Coral-Fort Myers and Midland/Odessa. Knoxville’s recent annual rent growth was more than six times the market’s average from the 2010 to 2019 time frame and double the current U.S. norm (9%).