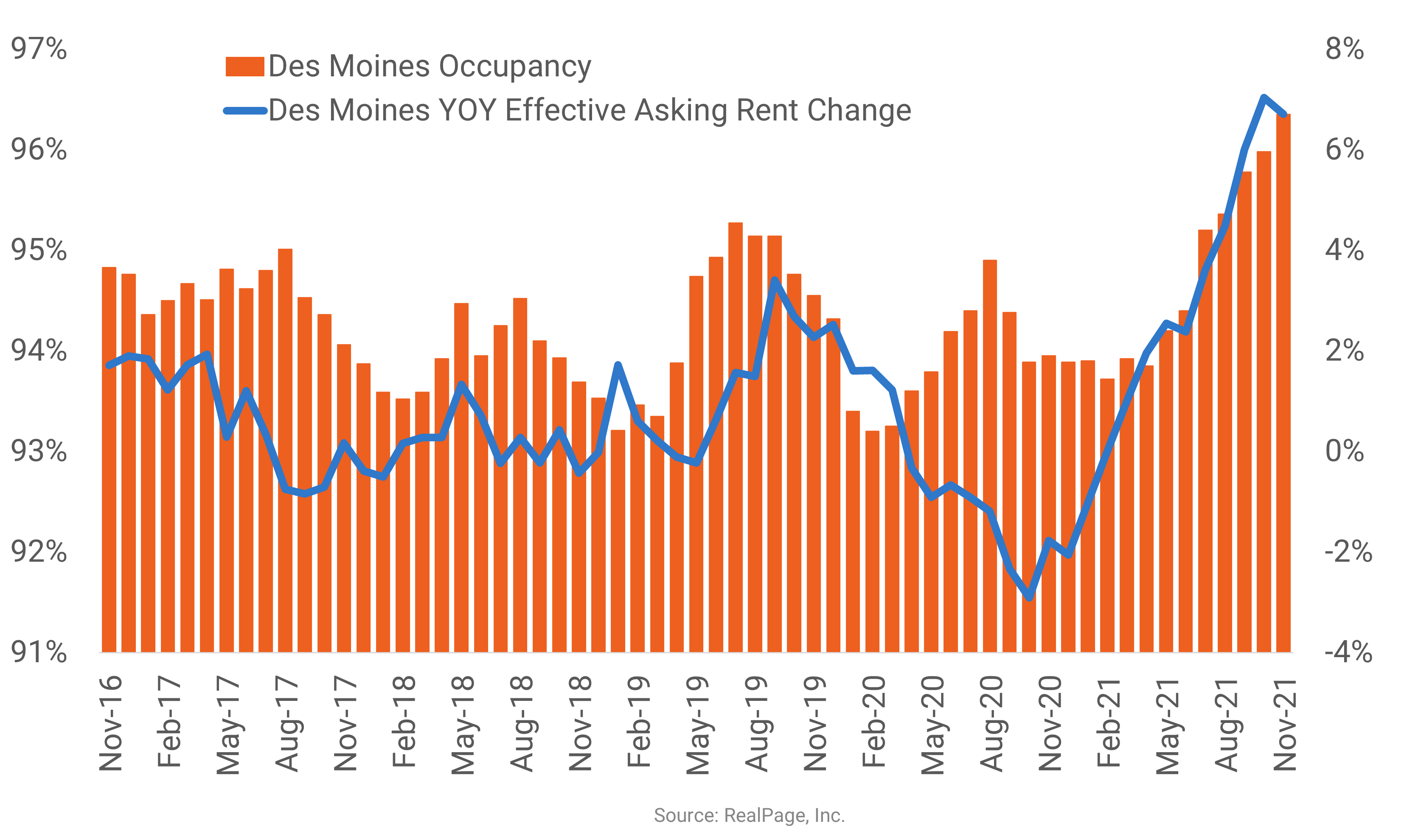 Apartment market fundamentals in Des Moines have historically been lackluster. While the capital of Iowa has shown notable improvement over the past year, Des Moines remains a lower-tier performer nationally. Occupancy in Des Moines improved 240 basis points over the past year, taking the rate to 96.4% as of November. While that was an eight-year high and a much better result than the market’s five-year average of 94.3%, it was the weakest rate in the Midwest and landed well below the national average of 97.5%. With improved occupancy, rents in Des Moines have been generally trending up over the past year. In November, rents climbed 6.7% year-over-year. Though that was decent growth, it was one of the weakest performances nationally, landing among the nation’s bottom 15 markets for that metric. For comparison, average annual rent growth nationally was 13.9% in November.