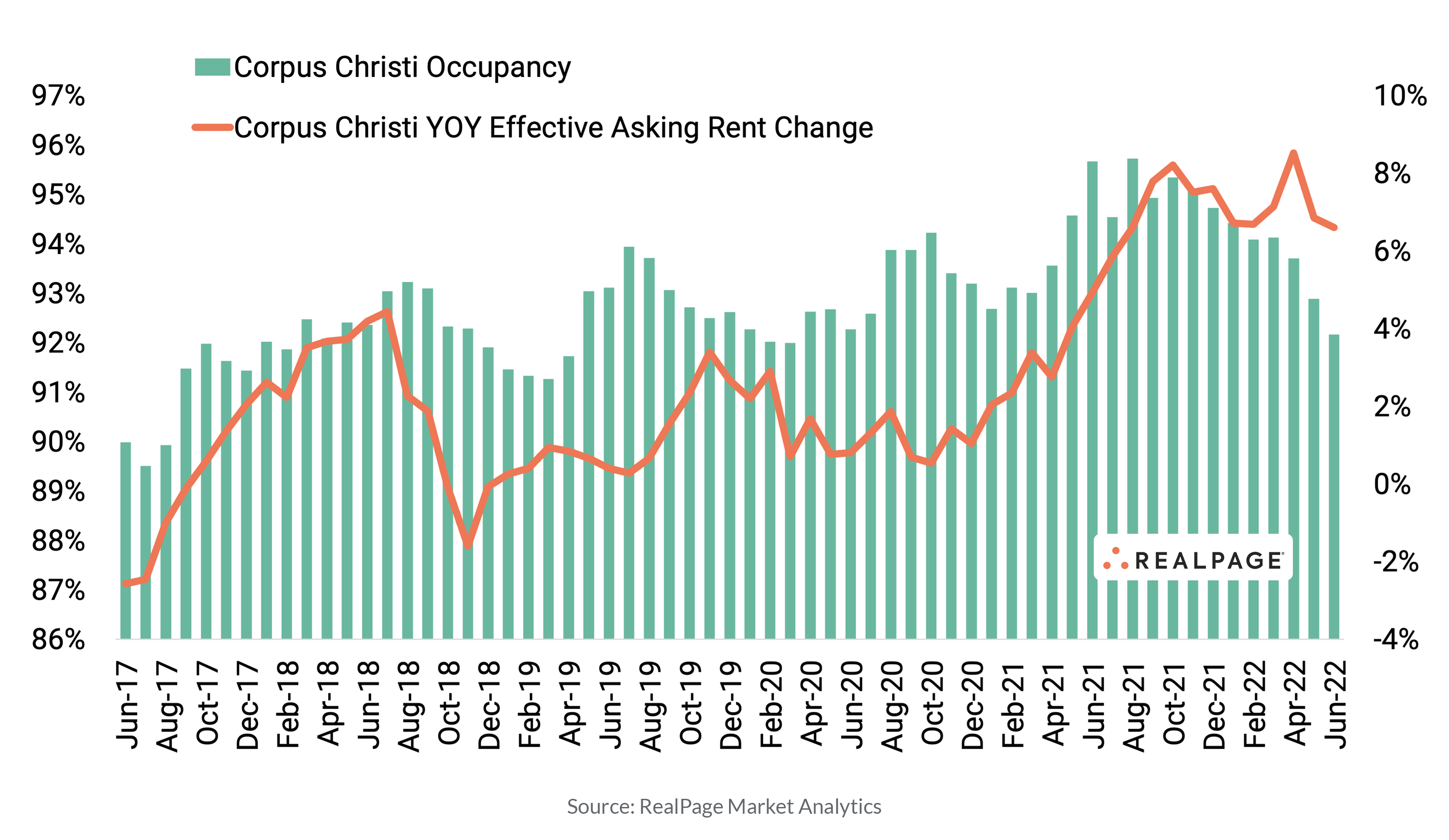 Corpus Christi apartment occupancy recently hit a two-year low and is now one of the lowest occupancy rates nationwide. June occupancy in Corpus Christi came in at 92.2%, according to data from RealPage Market Analytics. That rate was down some 350 basis points over the 12-month period and 120 basis points below the market’s 10-year average. That also ranked as one of the worst occupancy rates across the U.S., tied with fellow Texas market Midland/Odessa for the designation. Still, increased vacancies in the Gulf Coast city have not hindered operators’ ability to push rents. Rather, operators pushed rents up 6.6% in June. That increase climbed above the 10-year average (3.1%) even if it did fall significantly below the U.S. norm (13.7%). As of June, effective asking rents averaged $1,140 per month in Corpus Christi, or $1.318 per square foot. Looking forward, construction in this small market (36,200 existing units) remains manageable. As of June, only 945 units were under construction, growing stock 3.5%.