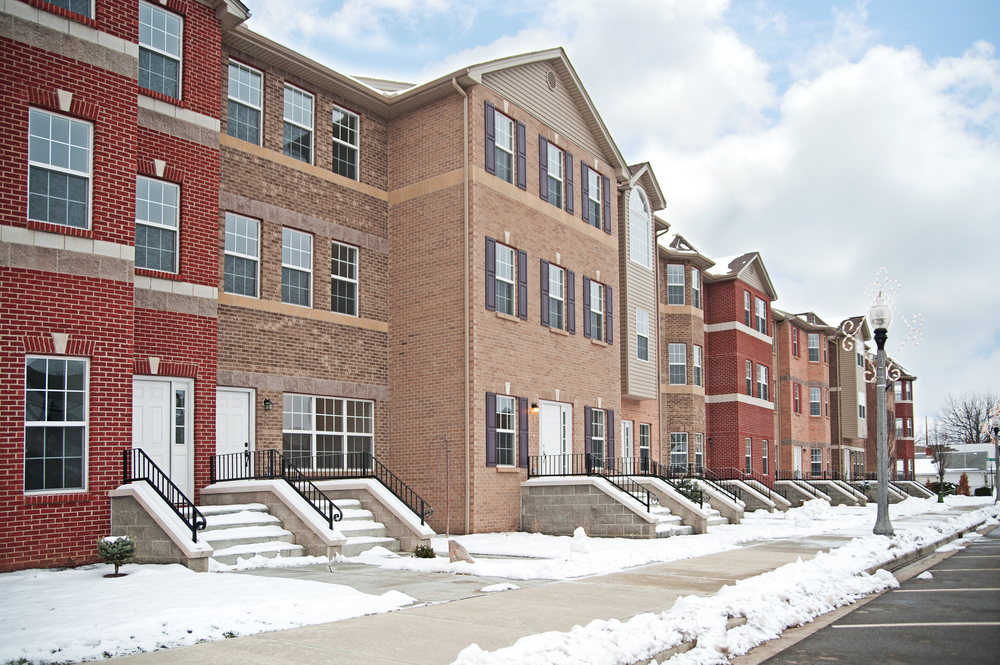 In the past 10 years, a heavy stream of high-priced new apartment supply and steadily rising rental rates in existing stock have led to vanishing vacancies at the bottom end of the product spectrum. While the more affordable Class C apartments rank as the tightest asset class on a national scale, however, a handful of local markets are defying this trend.

Nationwide, Class C stock has reigned as the national leader for occupancy since the end of 2016. This lower tier was 96.5% occupied in mid-2019, a two-decade high rate. Meanwhile, Class B units were 95.9% occupied and the rate in the expensive Class A stock was softer – though still tight – at 95.3%. The Class A stock has coped with historically substantial new supply volumes in the past 10 years, leading to somewhat softer rates.

While most of the nation’s largest 50 markets are following this same pattern, a handful of markets are going against the grain, with occupancy in their Class C line of stock trailing behind one or both other product classes. Among these markets, effective rental rates are some of the most affordable in the country’s top 50, and the difference in monthly rent between upper- and lower-tier apartments is narrow, less than $600 in most. 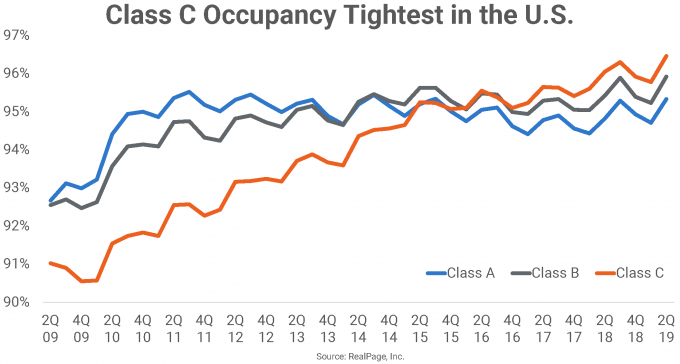 Most of these outlier markets – which were heavy in the South and Midwest regions – recorded the tightest 2nd quarter occupancy rates in Class B units, with Class C stock ranking in second place. This was the case in Jacksonville, Las Vegas, Greensboro/Winston Salem, Fort Worth, Indianapolis and St. Louis.

Las Vegas has been a national rent growth leader in recent years, though the market remains a bargain, with effective rents at $1,086. Class C units were affordable in 2nd quarter, at $841, but only came in $460 behind rental rates in the Class A stock. Construction volumes have been relatively subdued in Las Vegas in recent years, with a little over 19,000 units completed during the cycle, growing the existing base by 8.3%, well below the 12.7% growth in the nation overall.

St. Louis and Indianapolis were among the bottom five in the largest 50 markets for monthly rents, with prices just above the $900 mark. Both Midwest markets also have some of the most affordable bases of Class C stock, with rates of around $700. While these Class C rates in St. Louis are roughly half – or $700 less than – of the monthly rents in the Class A product line, this differential was 82%, or $580, in Indianapolis.

Memphis was the only market to see the Class A units log the tightest occupancy showing at 96.3%, while Class B stock was 2nd place with a rate of 95.7%. Occupancy in both these product lines were notably ahead of the 93.5% showing in the Class C stock. In fact, the gap between Class B and Class C occupancy (220 bps) in Memphis was the widest among the nation’s largest 50 markets. With rental rates of $870, this was one of only two markets to record rental rates below the $900 mark in 2nd quarter. Memphis has the most affordable base of Class C stock among the largest 50 U.S. markets, with rental rates of $622 registering at roughly half the prices in the market’s Class A stock.