Apartment Performance in San Francisco Weakened Prior to COVID-19 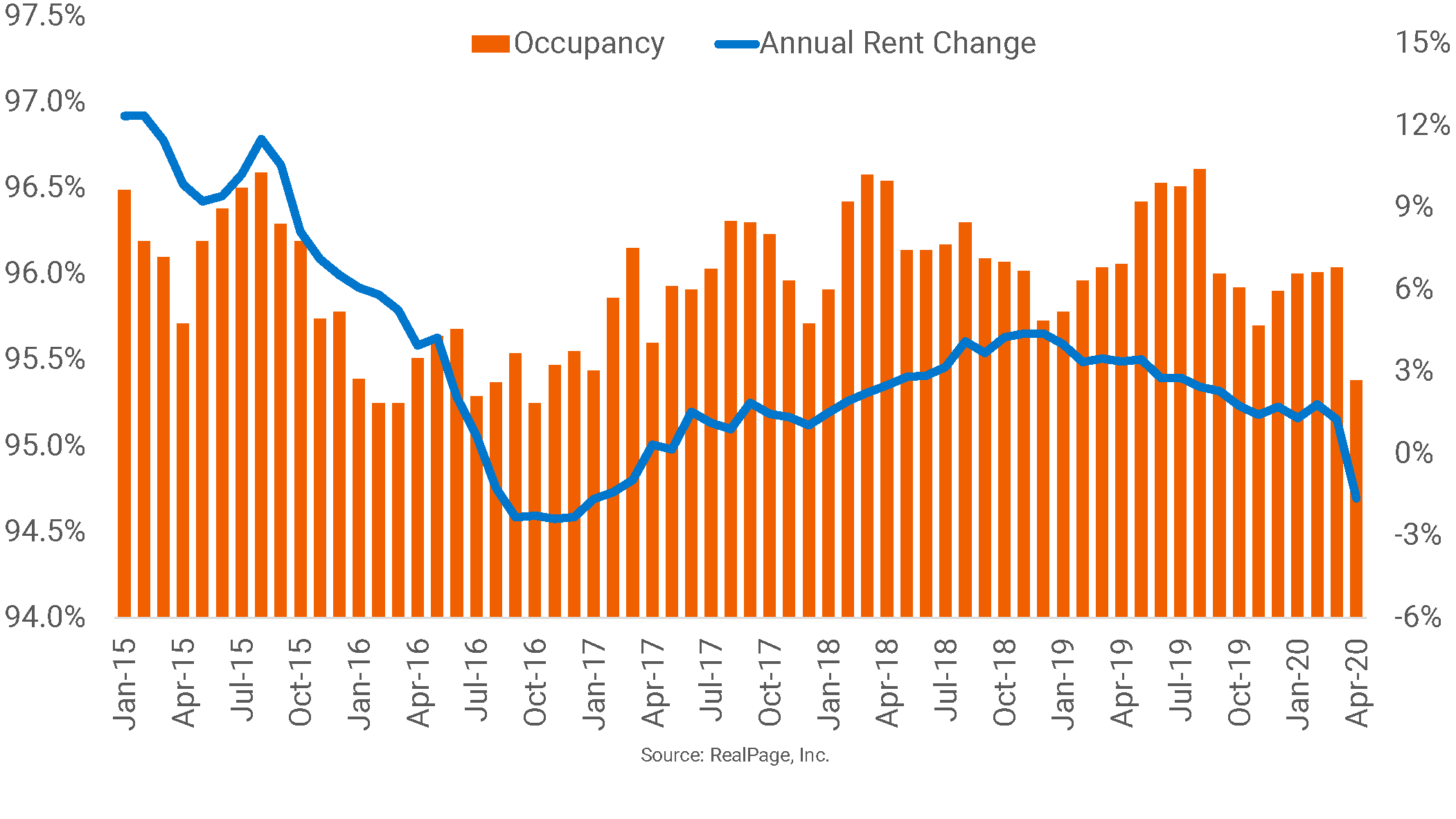 San Francisco was one of the first U.S. markets hit with the COVID-19 pandemic, but apartment fundamentals here were already softening before the outbreak. Annual rent change in San Francisco has steadily cooled since the end of 2018, and operators resorted to price cuts of 1.6% in April 2020. This was the first time in three years San Francisco has seen rent cuts, and the performance was in contrast to the national average increase of 1%. San Francisco’s recent peak was achieved in December 2018, when operators raised rents 4.4% year-over-year. However, earlier in the cycle, San Francisco was among the national leaders for rent growth, with double-digit increases seen as recently as 2015. Volatile rent performances are common in San Francisco, in contrast to occupancy in this undersupplied market, which has remained essentially full since 2010. While occupancy remained strong in April 2020, at 95.4%, that figure was down 70 basis points (bps) from March and 120 bps under the recent high of 96.6% from August 2019. Furthermore, San Francisco’s occupancy rate has historically registered above the national average, but the market’s April 2020 occupancy level fell in line with the U.S. norm. Occupancy is likely to continue to fall somewhat in the months ahead, as San Francisco – and the U.S.– suffers through the effects of the coronavirus pandemic and resulting economic fallout.