Women Earn Most College Degrees, But in Lower-Paying Fields 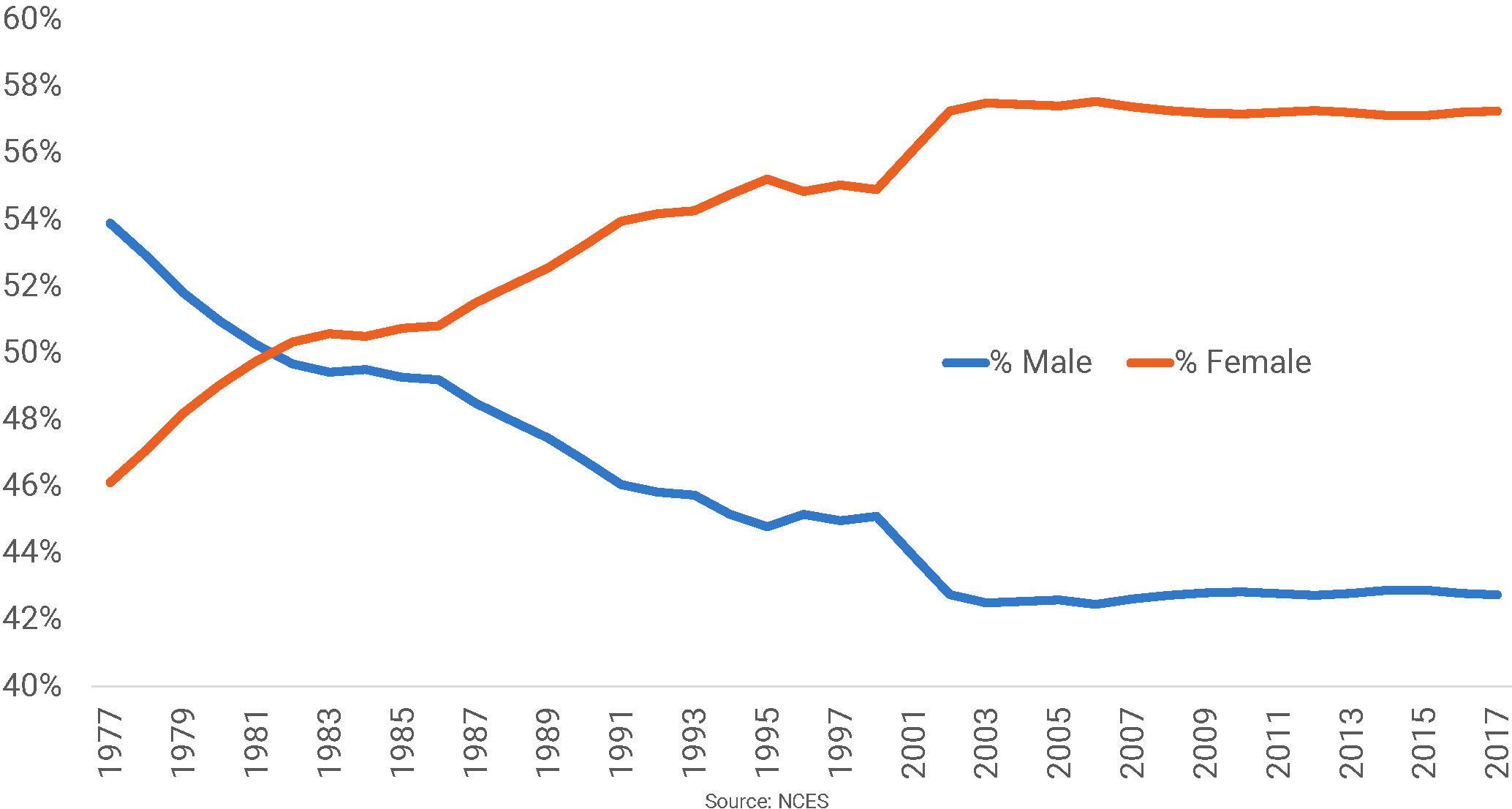 As of 2017, women earned 57.3% of undergraduate college degrees, according to the National Center for Education Statistics, which positions them well for the job market after college. However, while women have been the primary degree earners since 1982, they are still concentrating their studies in lower paying fields than men. In 2017, women earned 87.3% of registered nursing degrees, 81.1% of education degrees and 84.1% of health professions degrees. Meanwhile, men earned 79.1% of engineering and engineering technology degrees, and 80.9% of computer and information sciences degrees.