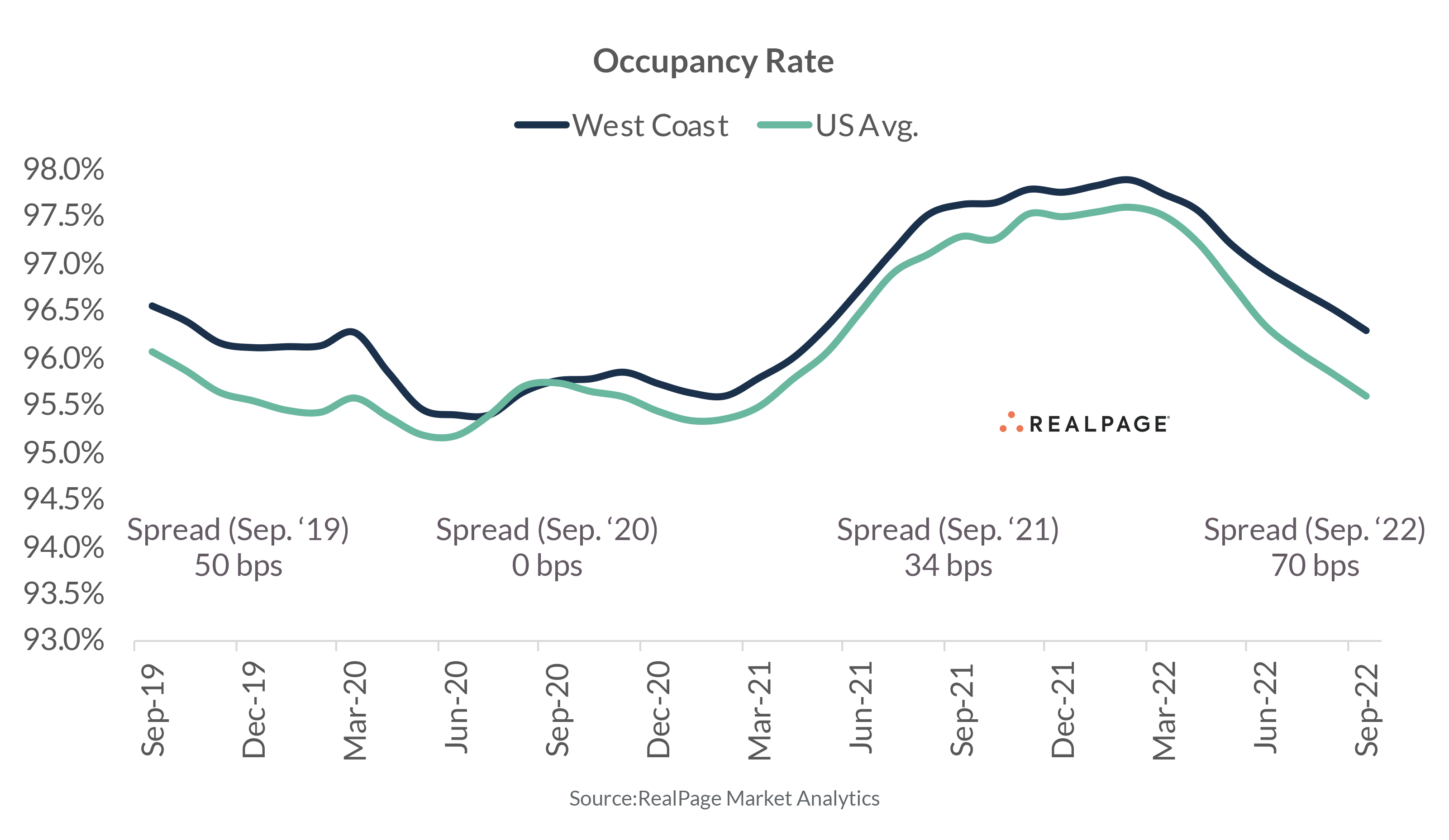 While West Coast apartment occupancy dipped closer to national norms during the COVID-19 pandemic downturn, this region is once again logging rates well ahead of the U.S. average. Some key characteristics that keep occupancy in the West Coast typically tight are chronic undersupply, high cost of home purchase and a younger demographic of households who trend toward urban locales. And although rates came down in 2020, at one point matching the U.S. norm, which was quite the historic event, 2021 saw a surge in occupancy rates nationwide. West Coast markets logged a swift recovery and gained notable ground before rates came back down in 2022, returning to a more normalized version of the market. At 96.3%, West Coast occupancy is now 70 basis points (bps) ahead of the U.S. overall.

For more information on the state of the West Coast apartment market, including forecasts, watch the webcast Market Intelligence: Q4 West Coast Update.