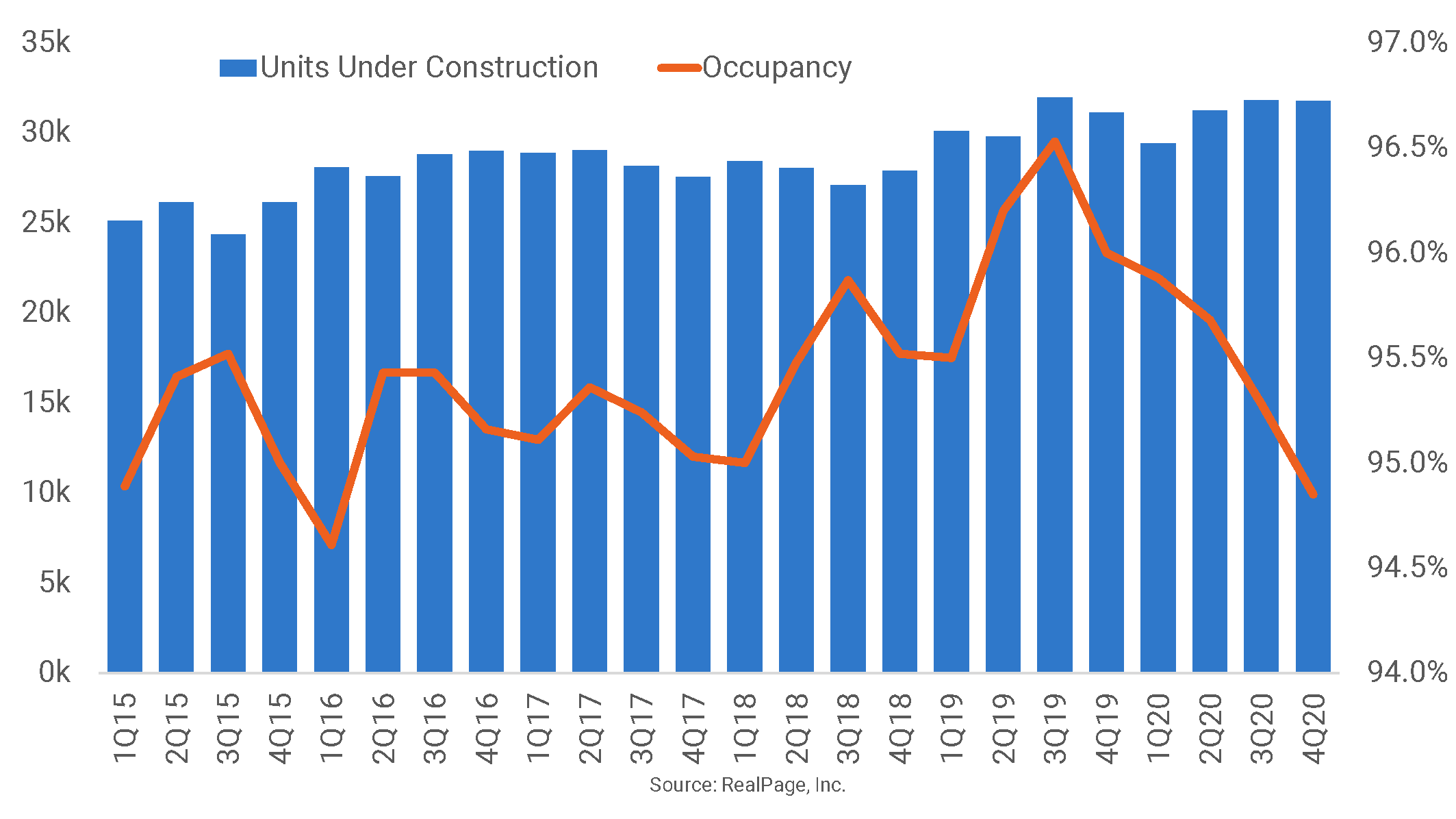 Washington, DC remains among the nation’s leaders for apartment construction, second only to Dallas/Fort Worth. At the end of 2020, Washington, DC – already the nation’s fifth-largest apartment market – had nearly 32,000 units in development, slightly above the market’s five-year norm. That narrowly trails D/FW’s total construction tally of roughly 36,400 units. Washington, DC has been a top five development market for much of the past 20 years. Construction here has been – and will likely continue to be – concentrated in the urban core and close-in suburbs, but most areas have at least some new units underway. Washington, DC’s highly educated workforce, low pre-pandemic unemployment rate and growth in the young adult population have driven demand for rental housing and fueled developer appetite. Solid demand has kept apartment occupancy here around 95% to 96% since early 2010. Though the rate has recently fallen due to the fallout from the COVID-19 pandemic, occupancy in Washington, DC still registered at roughly 95% at the end of 2020.