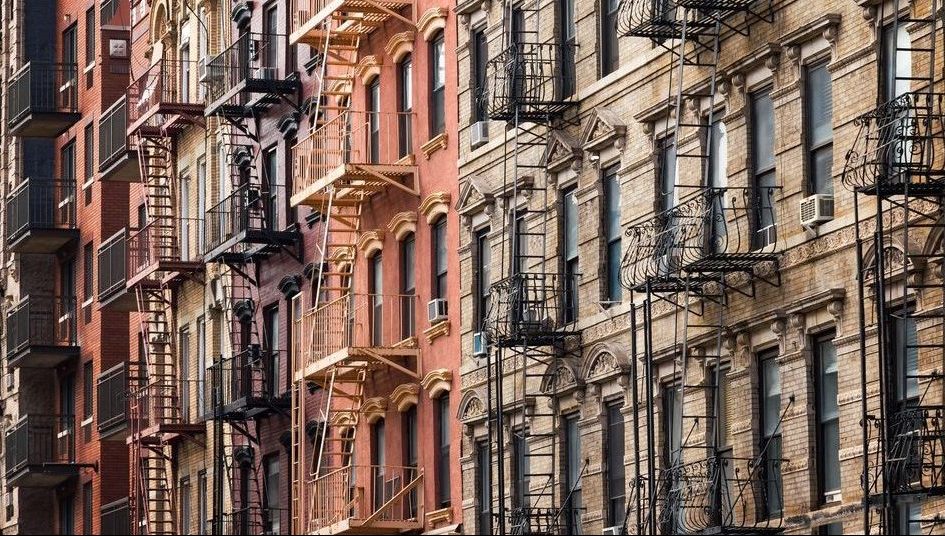 As we head into the colder months, demand for apartments typically slows as renters are less likely to move in the winter, so some occupancy backtracking is expected. At 95.9% in October, occupancy across the U.S. remains far above its long-term average. That rate is 40 basis points (bps) higher than one year ago and 20 bps lower than one month ago.

Occupancy climbed as high as 96.3% in August. The U.S. apartment market absorbed nearly 282,000 units in the April to September time frame, making 2019’s prime leasing season the best since 1997. 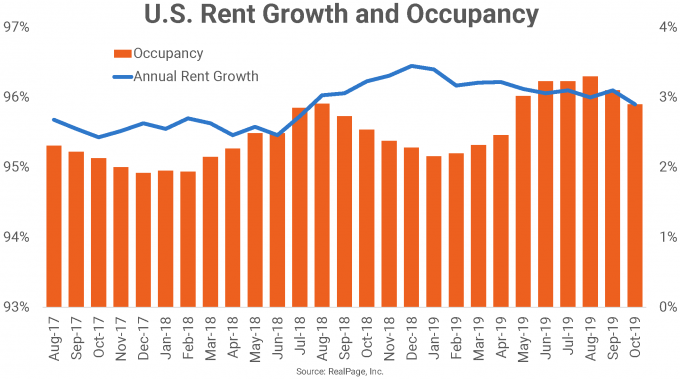 Strength is seen across the vast majority of the nation’s largest apartment markets. Occupancy hit the effectively full mark of 95% in all but four of the 50 major markets. Many of those markets also saw demand in 2019’s peak leasing season hit cycle or all-time highs.

More telling, however, is that only eight of the nation’s 50 largest apartment markets are less full in October 2019 than they were in October 2018. Across the nation, 42 of the top 50 markets are fuller today than they were in October 2018. Five of the eight markets that saw occupancy fade over the past year are in California or Florida. Another, Minneapolis-St. Paul, is seeing new supply increase as job growth has stalled under extremely tight employment conditions. 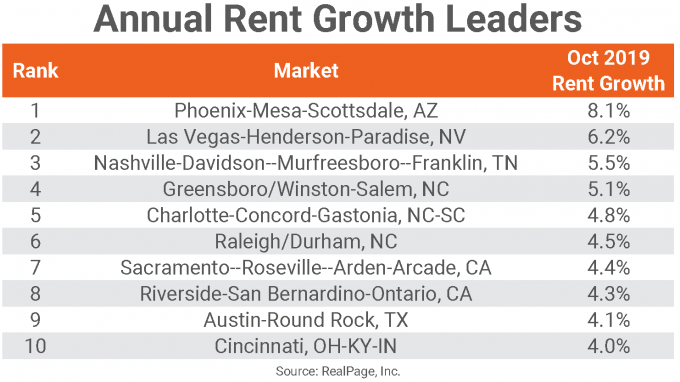 In addition to strong occupancy, rent growth across the nation remained solid in October at 2.9%. U.S. apartment rent growth has hovered around the 3% mark for the past nine months.

The ranking of rent growth leaders in October features all the same markets as September, though in a shuffled order. As usual of late, Phoenix (8.1% annual rent growth) and Las Vegas (6.2%) take the top spots, followed by Nashville (5.5%), all three major North Carolina markets, California’s Riverside and Sacramento, Austin (4.1%) and Cincinnati (4%).

These market-level results in October reflect a continuation of recent trends that have shaped U.S. performance overall. Most Florida and California major markets continue to experience slowing growth, while performance is accelerating in all major North Carolina and Tennessee markets. Many Rust Belt markets are continuing to enjoy some late-cycle momentum.