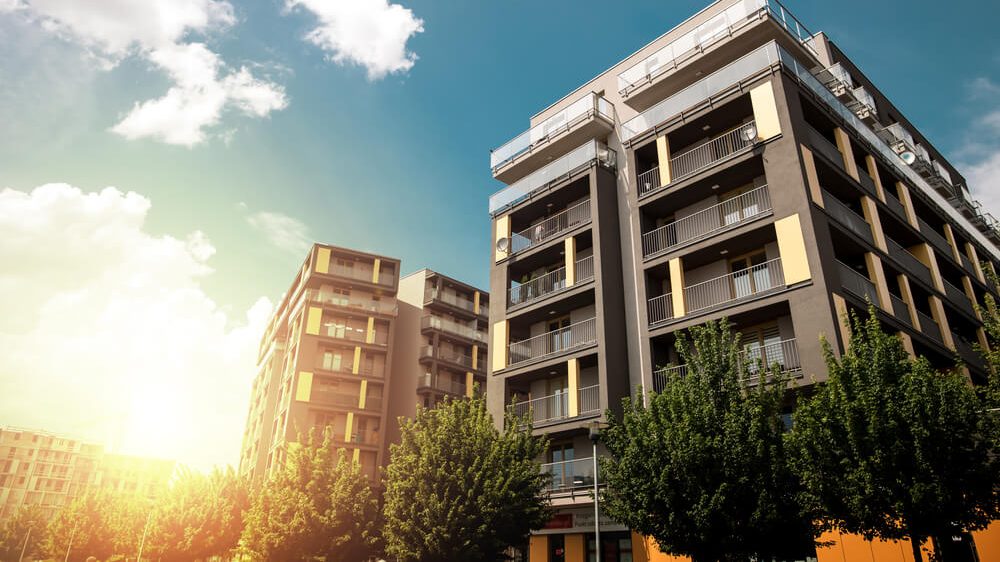 Seasonal cooling continued to set in last month, but U.S. apartments remained fuller than they have in any November in decades.

U.S. apartment occupancy has registered just below 96% in the past two months, retreating from the two-decade high of 96.3% seen in August. Occupancy usually backtracks at the end of the year as demand for apartments typically wanes in the colder months. Record demand in 2019’s prime leasing season pushed U.S. apartment occupancy to this summer’s high.

At 95.7%, occupancy across the U.S. remains far above its long-term average. That rate is 40 basis points (bps) higher than one year ago but 20 bps lower than one month ago. It is also the highest rate in any November on record. 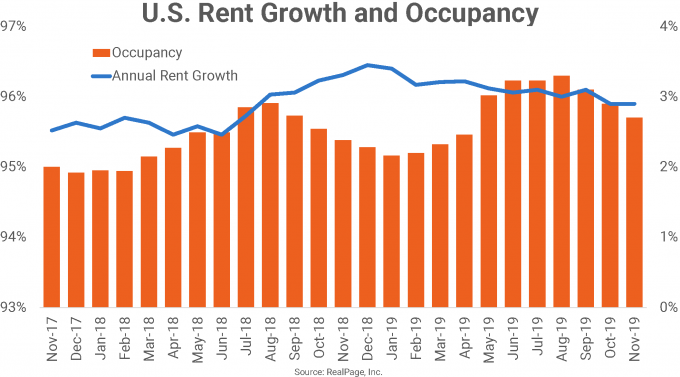 Apartment rent growth across the U.S. has been running nearly at or just above 3% since mid-2018 and November 2019 was no different. Annual U.S. rent growth held at October’s rate of 2.9%.

In continuation of a recent trend, markets that lost occupancy momentum on an annual basis tended to be located in California – such as San Francisco, Los Angeles, San Diego and Oakland – and Florida – such as Orlando or Tampa. 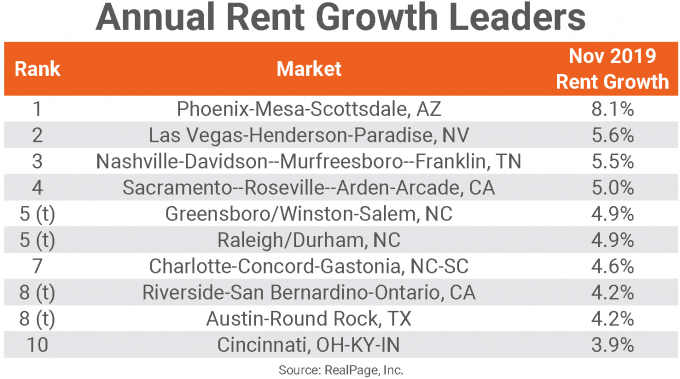 For the third month running, November’s leaderboard of rent growth leaders features the same 10 major markets as both October and September, albeit in a slightly updated order. The top three spots of Phoenix (8.1% annual rent growth), Las Vegas (5.6%) and Nashville (5.5%) remain unchanged. Sacramento gained rent growth momentum to land at the #4 spot nationally with 5% annual rent growth. The North Carolina trio takes the next three spots, followed by Riverside (4.2%), Austin (4.2%) and Cincinnati (3.9%).