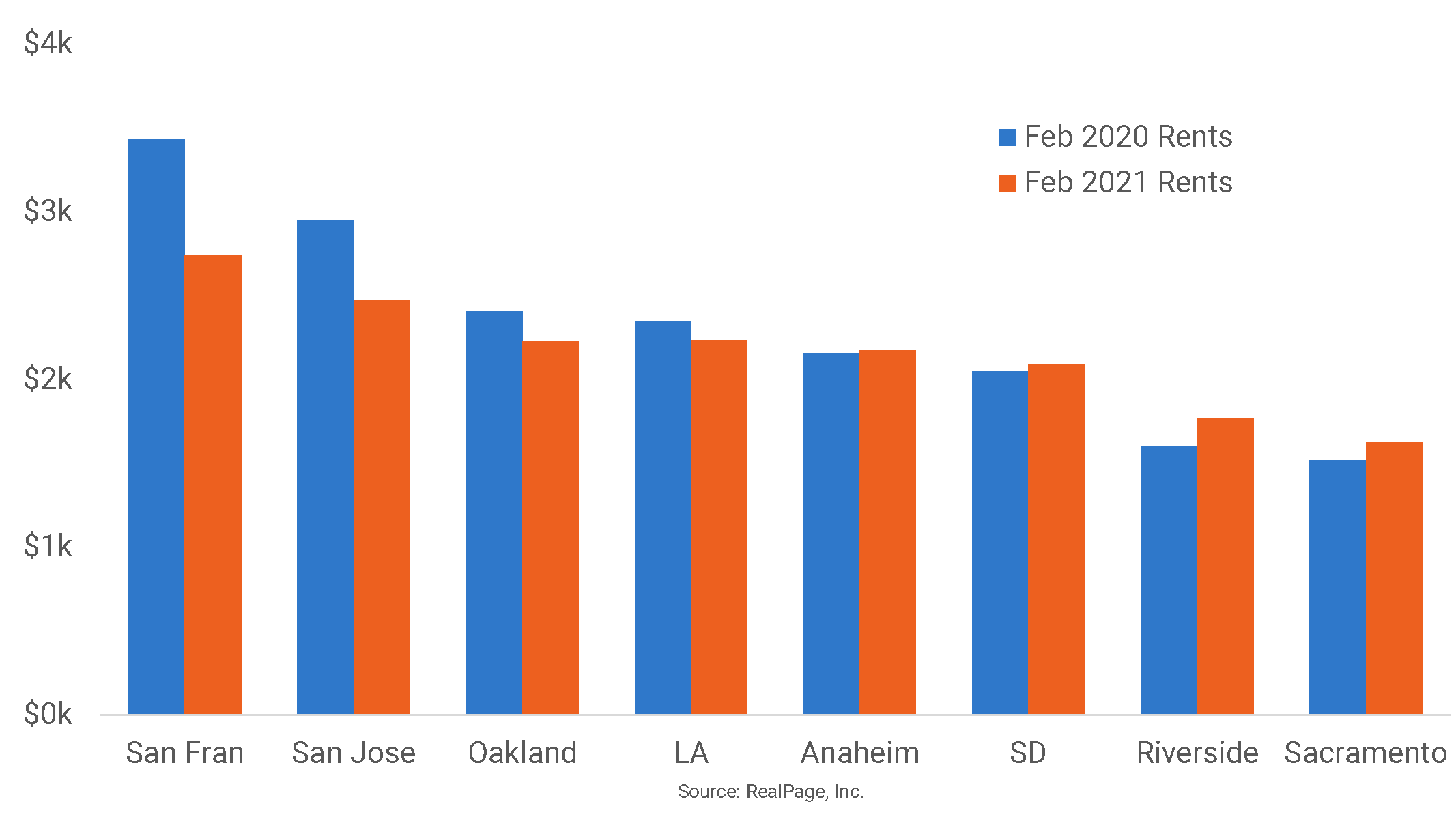 After deep rent cuts in some markets and notable growth in others, the affordability gap among the major California markets tightened in the past year. San Francisco usually claims the title of the most expensive apartment market in California by a very large margin. While the market still holds that rank, its lead has closed notably. Comparing effective asking prices from before the COVID-19 pandemic downturn in February 2020 to rents in February 2021, San Francisco prices have fallen by roughly $700 on average. San Jose rents have fallen by about $500, Oakland by nearly $200 and Los Angeles by more than $100. In Anaheim and San Diego, rents have mostly stagnated, while prices climbed in Riverside and Sacramento in the last year. As of February 2021, the affordability gap between San Francisco and Sacramento is only $1000. While that seems sizable, it’s well below the gap near $2,000 from February 2020.