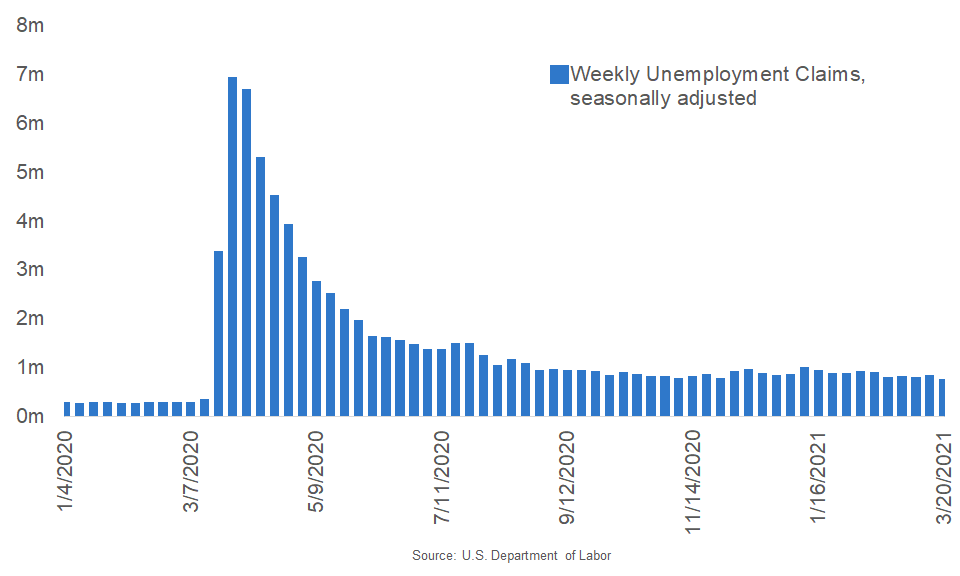 The number of Americans filing initial unemployment claims ticked up, a sign the spread of the COVID-19 Delta variant may have increased layoffs, as Americans are discouraged from traveling, staying in hotels and eating out. Seasonally adjusted initial claims, a proxy for layoffs, rose to 332,000 in the week-ending September 11, according to the most recent data release from the U.S. Department of Labor. That was an increase of 20,000 from the previous week’s revised level of 312,000 which was a pandemic-era low. In Louisiana, applications for unemployment aid jumped by 4,000, the biggest increase nationally, as the aftermath of Hurricane Ida led to widespread job losses in the state. Nationwide, weekly applications for initial unemployment benefits have been generally trending down since the start of 2021, after peaking at 904,000 claims in January. That peak, however, was well below 2020’s high point, when weekly unemployment claims reached more than 6.1 million in early April. Prior to the pandemic, the U.S. consistently logged weekly claims below 220,000. Since the onset of the pandemic, nearly 88.6 million Americans have filed initial unemployment insurance claims.