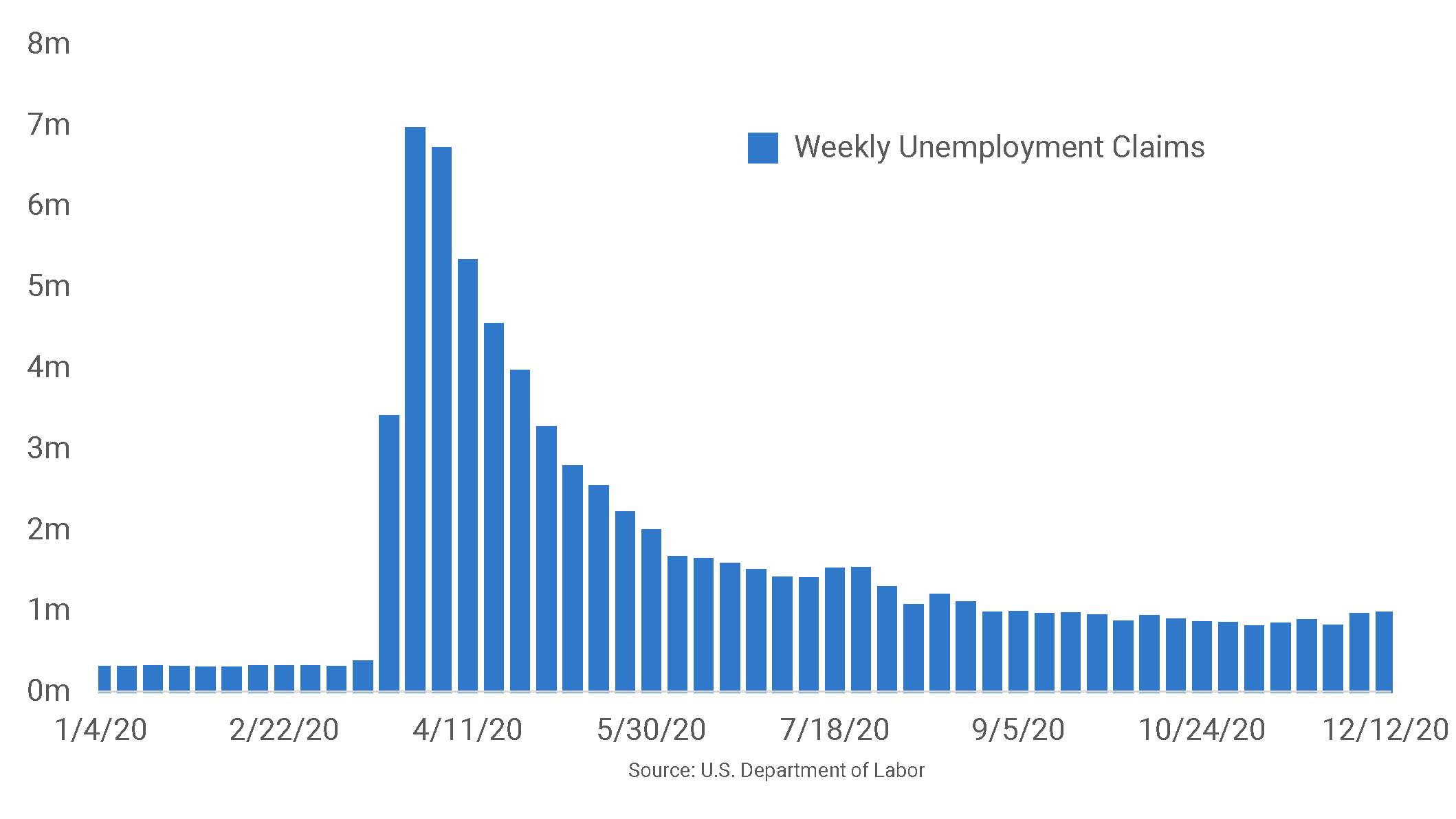 As states reimposed coronavirus restrictions amid a resurgence in COVID-19 cases across the country, the number of people filing for unemployment benefits picked up. The U.S. Department of Labor reported that during the week-ending December 12 (the most recent reporting period), a total of 885,000 Americans filed initial jobless claims. That’s an increase of 23,000 from the previous week and the most initial claims filed in a single week since early September. The pandemic-era low was recorded during the week-ending November 7, when 711,000 Americans filed jobless claims for the first time. While weekly claims are now significantly lower than the pandemic high of nearly 7 million filed during the last week of March, the current numbers are still well above the pre-pandemic average of less than 220,000 weekly claims filed during the first 11 weeks of 2020.