Unemployment Claims Hit Lowest Point in Over a Year 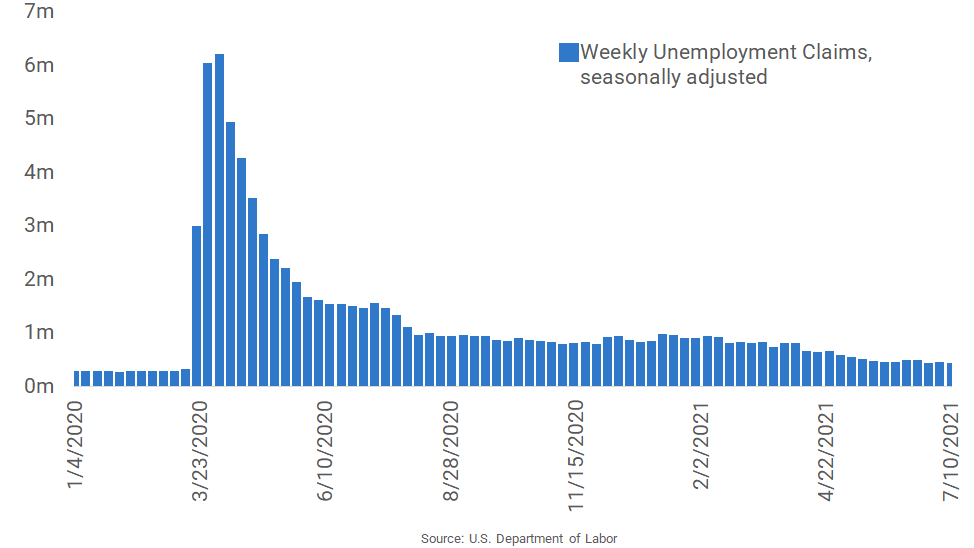 With the labor market heating up, the number of Americans filing initial unemployment claims fell to a new pandemic low. New weekly jobless claims, a proxy for layoffs, totaled 360,000 in the week-ending July 10, according to the U.S. Department of Labor. That was down by 26,000 claims from the previous week’s level which was revised up from 373,000 to 386,000 filings. The most recent week’s applications were in line with what economists were projecting and mark the lowest level for claims since the week-ending March 14, 2020, when 256,000 initial claims were filed. The latest weekly jobless claims are down dramatically from the 2021 high of 904,000 claims filed during the week-ending January 9 and are vastly lower than the historical peak from 2020 when 6.1 million people filed in the week-ending April 4. In the early weeks of 2020, before the pandemic started, the U.S. was consistently logging weekly claims below 220,000. Since the onset of the pandemic, more than 85.3 million Americans have filed initial unemployment insurance claims.