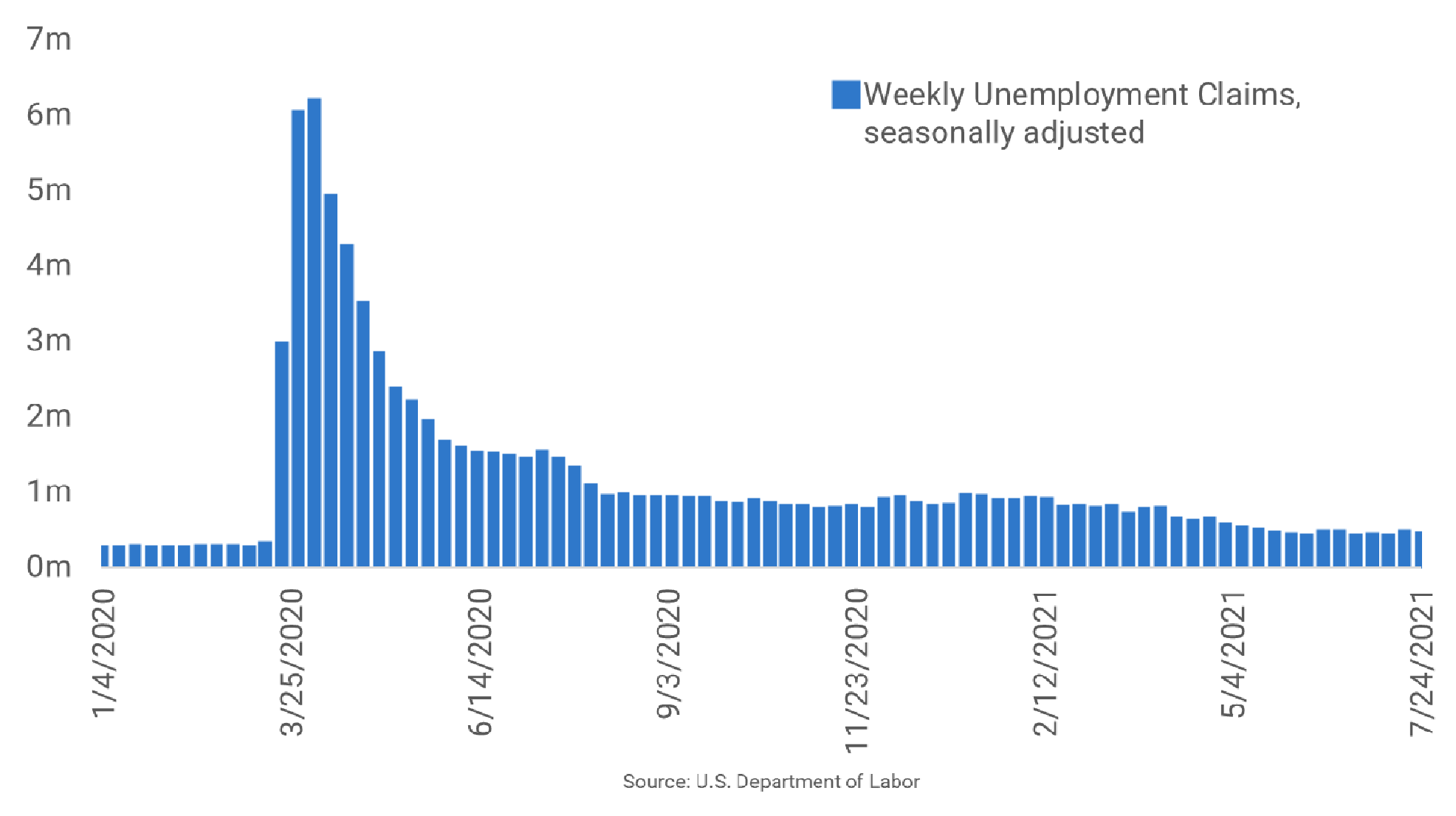 As the job market continues to recover from the coronavirus recession, the number of Americans filing initial unemployment claims declined last week. The number of first-time applications, which generally tracks layoffs, totaled 400,000 in the week-ending July 24, according to the U.S. Department of Labor. That was an increase of 24,000 claims from the previous week’s level which was revised up from 419,000 to 424,000 filings. The most recent week’s applications were well above the 385,000 jobless claims that economists were projecting. Still, weekly applications for initial unemployment benefits have been generally trending down since the start of the year, when 904,000 claims were filed. In addition, during six of the past nine reporting periods initial jobless claims have been at or below 400,000 a week. However, they remain high by historical standards. Prior to the pandemic, the U.S. was consistently logging weekly claims below 220,000. Since the onset of the pandemic, more than 86.1 million Americans have filed initial unemployment insurance claims.