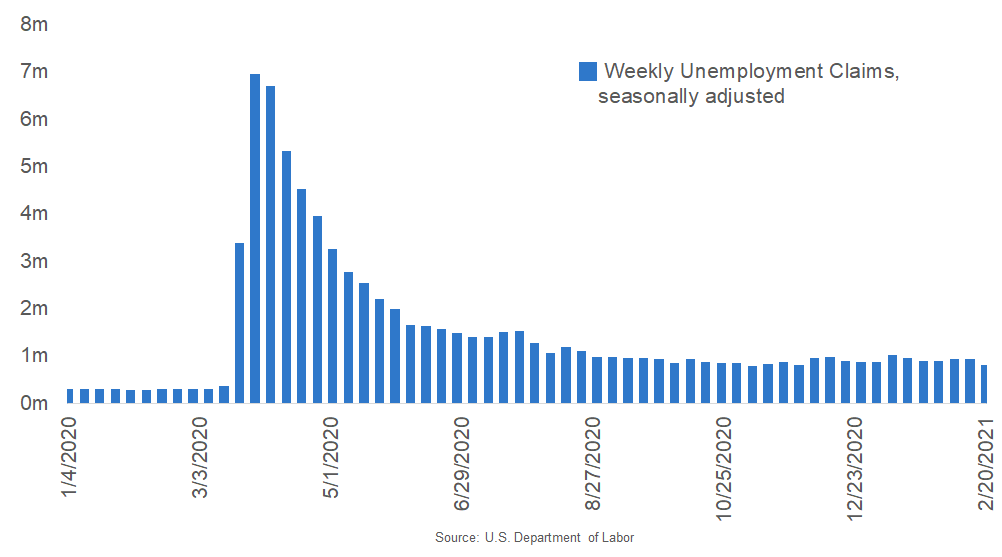 Even though the economy and job market have been recovering from the initial wave of the COVID-19 pandemic, the number of Americans filing initial unemployment claims is up for the first time in five weeks. Increased filings are likely linked to a resurgence in COVID-19 cases driven by the highly contagious Delta variant. Seasonally adjusted initial claims, a proxy for layoffs, rose to 353,000 in the week-ending August 21, according to the most recent data release from the U.S. Department of Labor. That was an increase of 4,000 from the previous week’s revised level of 349,000 claims, a pandemic-era low. Economists had expected initial claims to rise slightly to 350,000 filings. Although the recent figures marked the first weekly increase in five weeks, it was still the nation’s second-lowest volume of weekly unemployment claims since the start of the COVID-19 pandemic. Weekly applications for initial unemployment benefits have been generally trending downward since the start of 2021, after peaking at 904,000 claims in January. That recent high point, however, was well below the peak from 2020, when weekly unemployment claims reached more than 6.1 million in early April. Prior to the pandemic, the U.S. was consistently logging weekly claims below 220,000. Since the onset of the pandemic, nearly 87.6 million Americans have filed initial unemployment insurance claims.