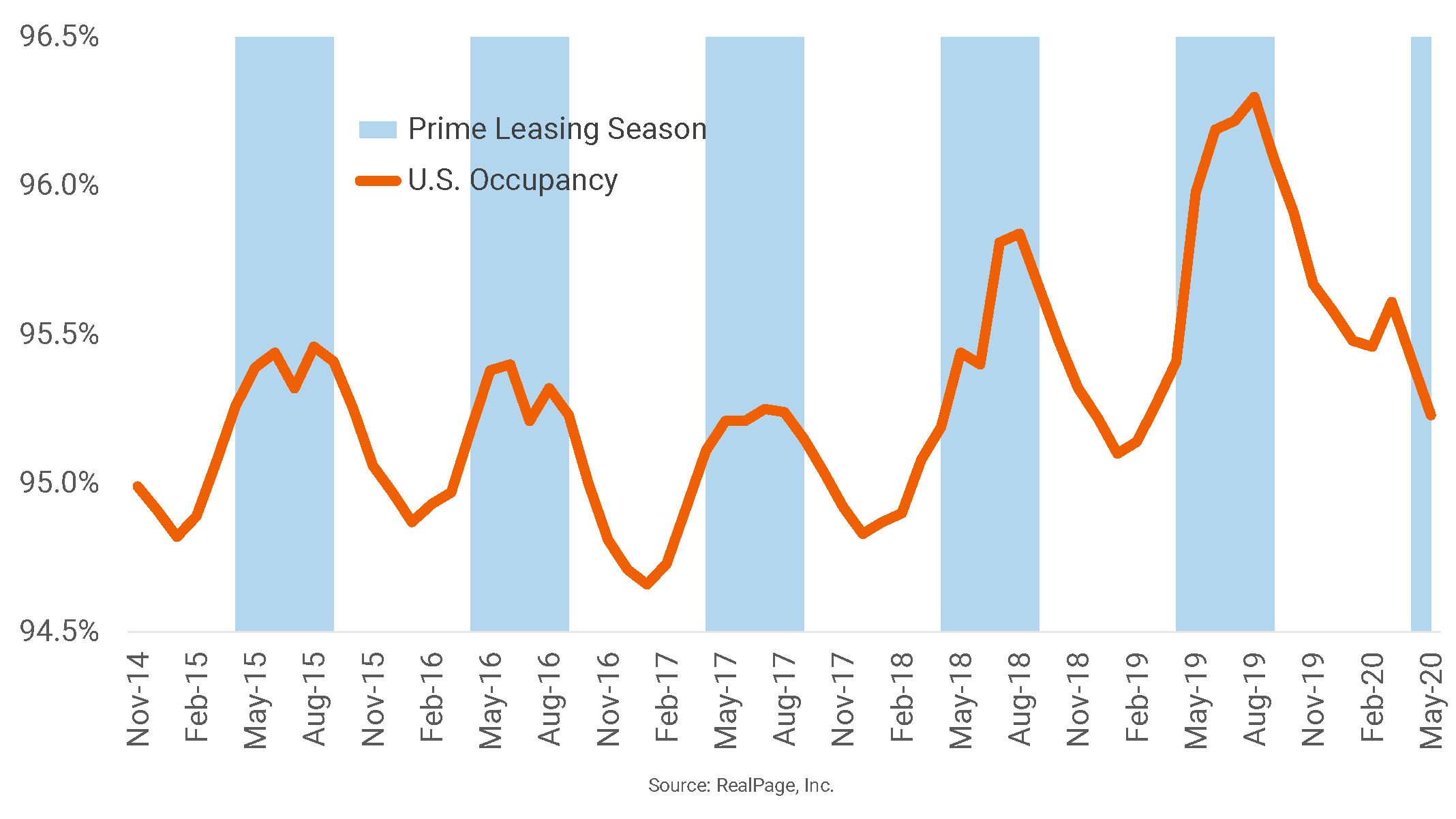 While the U.S. apartment market typically sees occupancy climb at the start of prime leasing season in April and May, 2020 brought decline. In May, U.S. occupancy fell to 95.2%, a downturn of 40 basis points (bps) from March’s reading. A decrease in occupancy from March to May hasn’t occurred nationwide since the Great Recession. Typically, this timeframe is the beginning of prime leasing season, which runs April through September and captures most of the year’s demand for renters. In the past 10 years, U.S. occupancy has climbed an average of 40 bps between March and May. Despite the downturn during 2020’s COVID-19 pandemic, May’s occupancy result is still essentially in line with the nation’s five-year average, thanks to 2019’s prime leasing season, which was the strongest on record in the U.S.