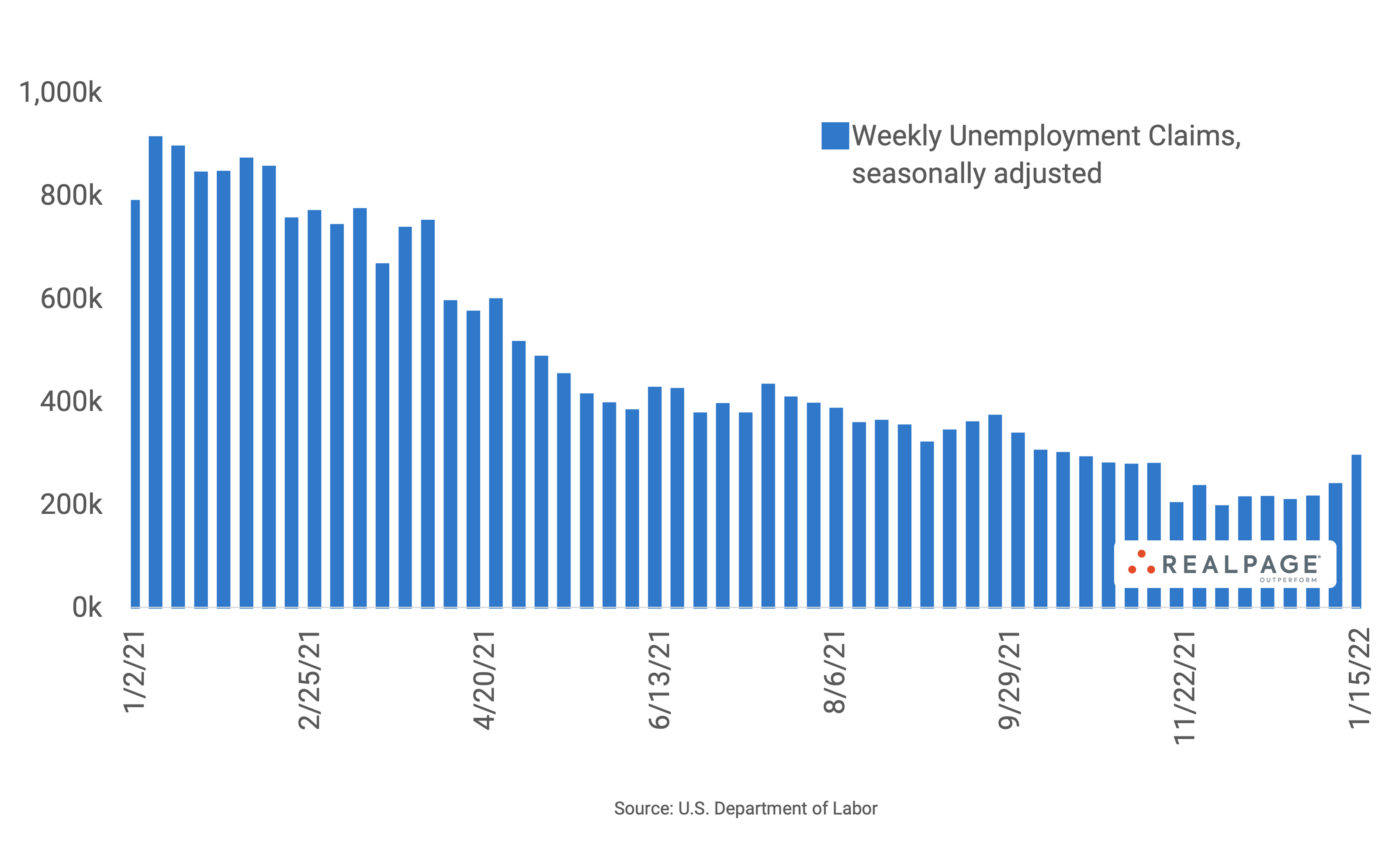 The number of Americans applying for unemployment insurance rose sharply during the second week of the year, indicating the surge in Omicron cases is creating new headwinds for the labor market. In the week-ending January 15, unemployment claims rose for the third week in a row to a seasonally adjusted 286,000, according to the most recent data from the U.S. Department of Labor. That was an increase of 55,000 from the previous week’s revised level of 231,000 claims and was the highest total since mid-October. The most recent filings were much higher than the roughly 225,000 initial claims economists were projecting and were notably above the average of 218,000 claims filed per week in the year leading up to the pandemic. The four-week average, which smooths out changes from week to week, increased by 20,000 last week to 231,000, a bit above pre-pandemic levels. Initial claims, a proxy for layoffs, peaked at more than 6.1 million at the onset of the pandemic in 2020 and have been generally trending down since then. At the beginning of 2021, initial claims were averaging at about 900,000 per week. Thus far during the pandemic, nearly 93.3 million initial unemployment insurance claims have been filed in the U.S.