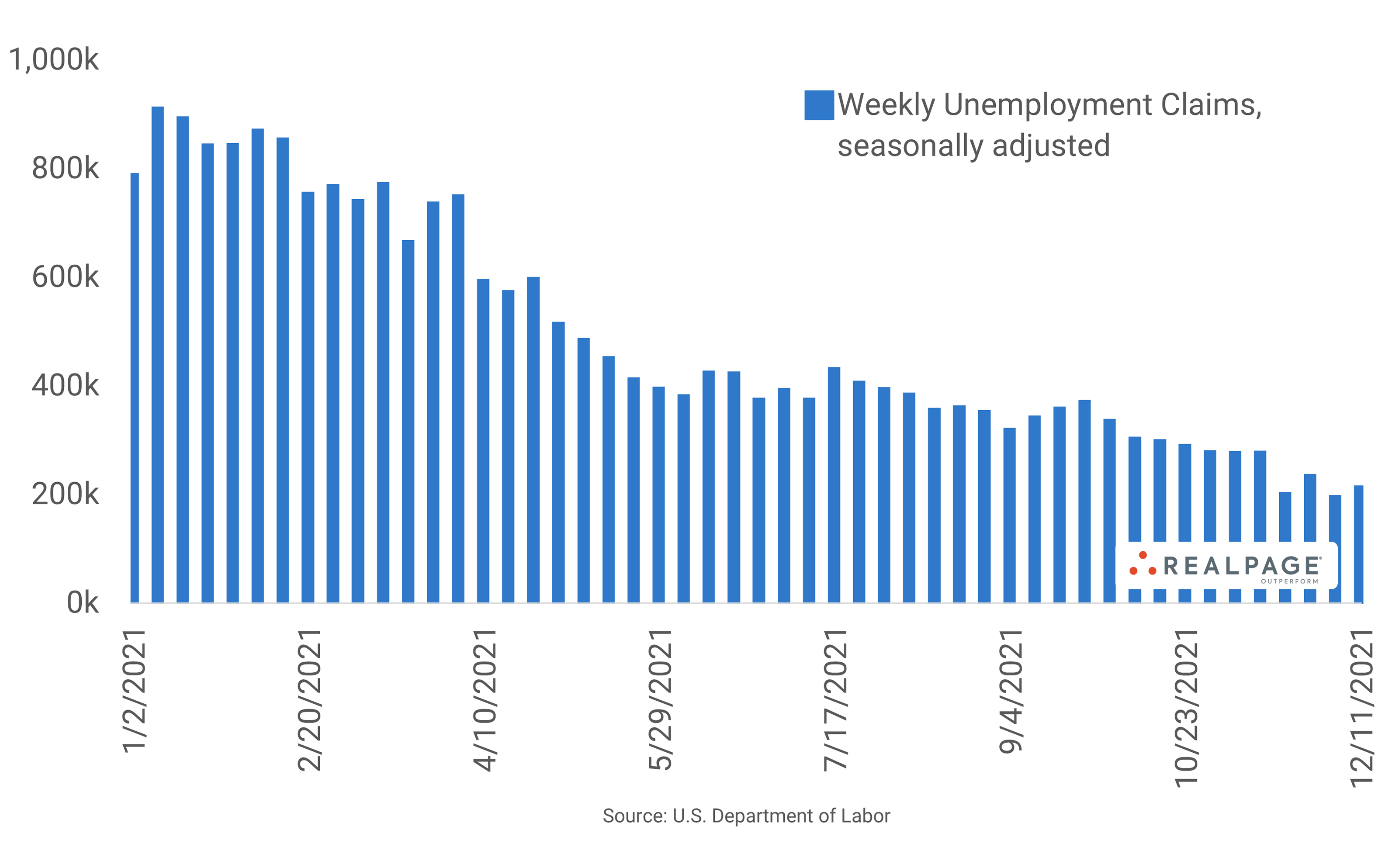 The number of Americans applying for unemployment insurance increased sharply during the first week of the year and have now risen in four of the last five weeks, indicating the Omicron variant is impacting the job market. However, initial filings still remain historically low, reflecting tight labor market conditions overall. In the week-ending January 8, unemployment claims totaled a seasonally adjusted 230,000, according to the most recent data from the U.S. Department of Labor. That was an increase of 23,000 from the previous week’s revised level of 207,000 and the highest level since mid-November. Initial claims, a proxy for layoffs, peaked at more than 6.1 million at the onset of the pandemic and have been generally trending down since then. The most recent filings were higher than the roughly 200,000 initial claims economists were projecting but were still close to the average of 218,000 claims filed per week in the year leading up to the pandemic. The four-week average, which smooths out changes from week to week, increased by more than 6,000 last week to nearly 211,000, but remains in line with pre-pandemic levels. Thus far during the pandemic, nearly 93 million initial unemployment insurance claims have been filed in the U.S.