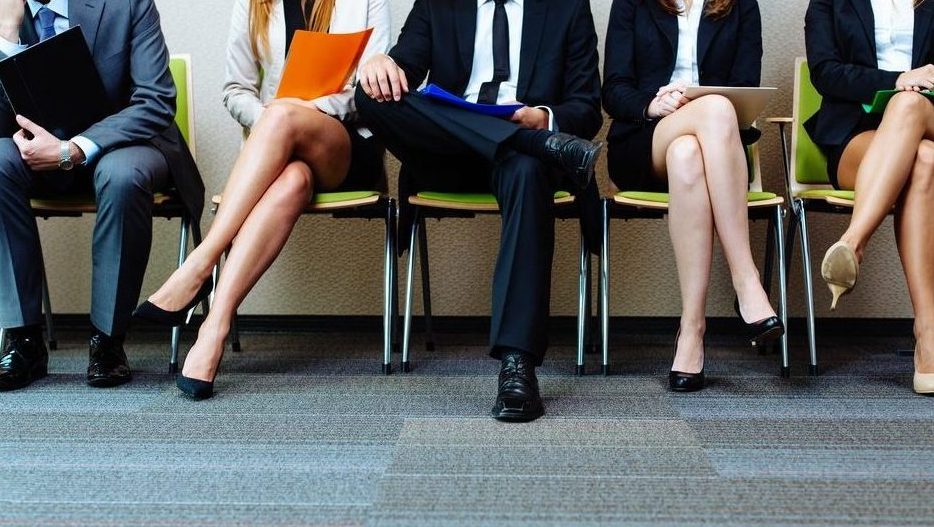 U.S. monthly job gains have averaged close to 200,000 jobs since 2011 as the national unemployment rate moderates. After dipping to its lowest rate in 18 years, the unemployment rate has little room to continue falling and has ticked up as the chronically unemployed re-enter the workforce looking for jobs.

According to the Bureau of Labor Statistics, U.S. businesses added 213,000 jobs in June, marking 93 months of consecutive gains. In the first six months of 2018, almost 1.3 million new jobs have been added to the national economy, which is 186,000 more positions than were added in the same period in 2017. Annual job gains reached 2.4 million in June, about 17,000 jobs more than June 2017’s annual total. This annual growth expanded the job base by 1.6%.

As economic growth chugs along and employees continue to enter the workforce, unemployment remains low. The U3, or “headline,” unemployment rate ticked up to 4.0% in June, 20 basis points (bps) above last month’s rate, which was the lowest in 18 years. This slight upward movement is actually a good thing as more potential workers enter the workforce looking for jobs as the economy continues improving. 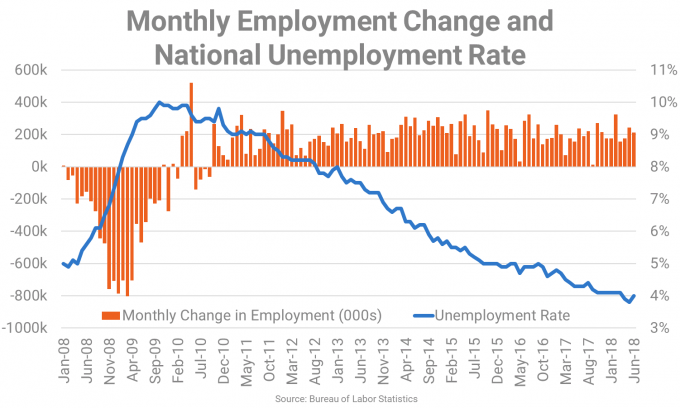 With these steady job gains and tightening unemployment, average hourly earnings for privately employed workers edged up 0.2% between May and June. This took average wages to $26.98, up $0.72, or 2.7%, year-over-year.  Annual wage growth was right in line with the average of about 2.6% recorded in the previous two years.

The civilian labor force (CLF) participation rate increased 20 bps from May to 62.9% and has averaged 62.8% since 2014, while the employment-population ratio of 60.4% remained the same as the previous month. Although the CLF participation rate has essentially held steady for the past four years, the employment-population ratio has been slowly increasing since 2011.

The number of part-time workers for economic reasons (4.7 million in June) decreased by 205,000 from May, and was down by 521,000 from June 2017. The U6 unemployment rate, which includes these part-timers and marginally attached workers, increased to 7.8% in June, up 20 bps from May. Still, that reading remains 70 bps lower than it was one year ago. 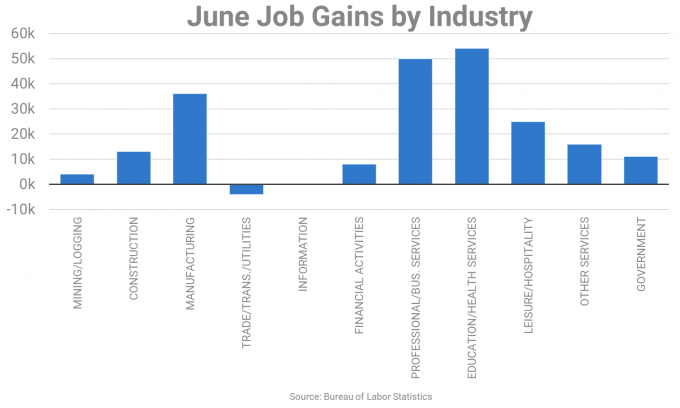