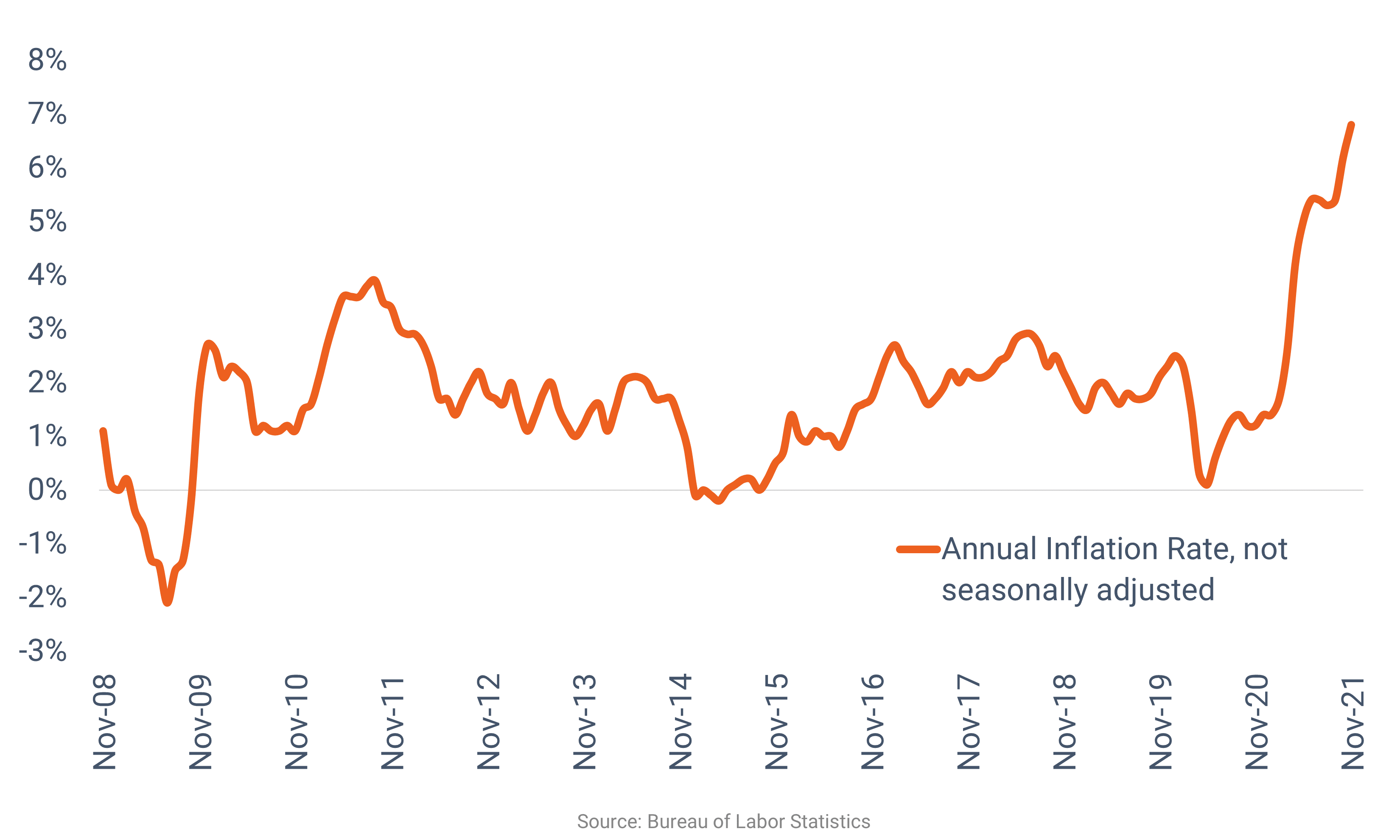 The cost of goods and services continued to surge higher in November, with prices climbing at a 39-year high. The Consumer Price Index for All Urban Consumers, a measure of price changes commonly referred to as the inflation rate, has been generally trending up since January 2020 and increased 6.8% year-over-year in November 2021, according to the Bureau of Labor Statistics. That was the sixth consecutive month in which inflation topped 5% and the largest annual increase since June 1982. Accounting for much of the recent increase in inflation, energy prices were up 33.3% during the year-ending November, with gasoline prices alone surging 58.1% year-over-year. Food prices were up 6.1% on an annual basis. The recent increase was also partly attributed to surging prices of pre-owned vehicles, as the price of used cars and trucks soared 31.4% in the year-ending November. Excluding food and energy prices, which can be volatile, the core CPI was up 4.9% year-over-year. However, that was still the sharpest increase in three decades. Recent inflation reflects a surge in demand and shortages in materials and labor. Officials at the Federal Reserve System believe that the current price hikes are temporary due to pandemic-related factors and should normalize over the next year or two.