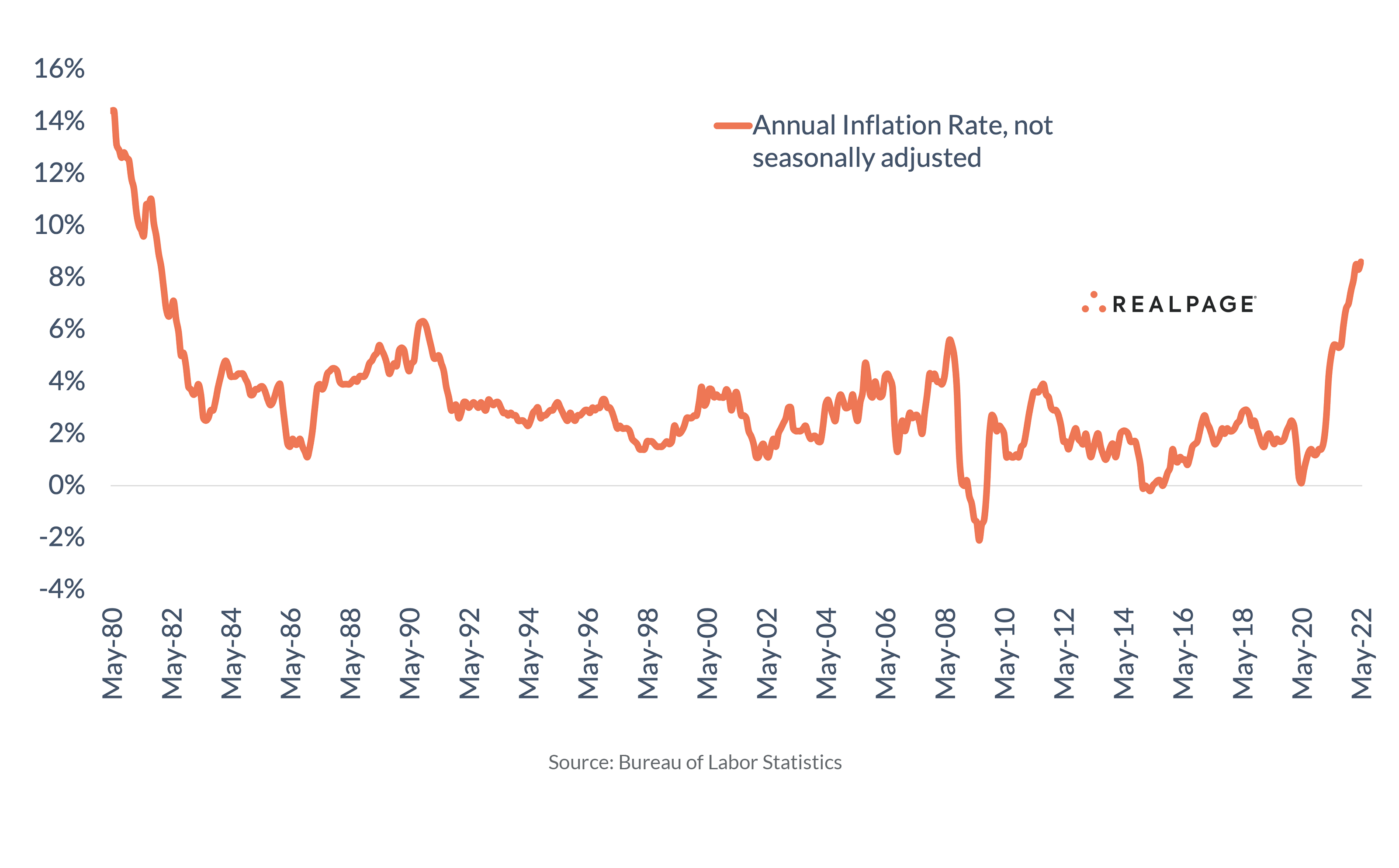 U.S. consumers paid even higher prices for goods and services in May, as measures employed by the Federal Reserve System to curb inflation have yet to have an impact. The Consumer Price Index (CPI) for All Urban Consumers, a measure of price changes commonly referred to as the inflation rate, increased 8.6% in the year-ending May 2022, according to the Bureau of Labor Statistics. That was the biggest jump in prices since December 1981 and was up from the 8.3% annual increase in April. Inflation has remained at 40-year highs for seven consecutive months, the biggest price surges since the 1981-1982 time period, when the country was in a severe economic recession. The increase in inflation was broad-based. Accounting for much of the recent increase, energy prices were up 34.6% in the year-ending May, with fuel oil prices surging a whopping 106.7% and gasoline prices jumping 48.7%, as the war in Ukraine has driven up energy costs. Food prices continued to edge higher, climbing 10.1% on an annual basis, the first double-digit increase since 1981. Heavily contributing to the upturn in food prices was the cost of meat, poultry, fish and eggs which increased 14.2%. The recent overall increase in consumer prices was also partly attributed to surging prices of pre-owned vehicles, as the price of used cars and trucks was up 16.1% in the year-ending May, though that was down from the 22.7% annual increase in April. Additionally, the cost of airline fares continued to climb, surging 37.8% over the past year. Excluding food and energy prices, which can be volatile, the core CPI rose 6% year-over-year in May, down from the 6.2% annual increase in April. While less than the change in the all-items index, it was still one of the sharpest increases since 1982. Recent inflation reflects a surge in demand and shortages in materials and labor. To slow demand and reduce inflation, the Federal Reserve System (FED) increased the borrowing rate by a quarter percentage point in March, the first increase since December 2018. And in early May, the FED raised interest rates by half a percentage point, the biggest rate hike in 22 years. More rate hikes are expected throughout the remainder of 2022, likely taking the funds rate to 2% to 3% by year’s end. The benchmark federal funds rate had been near zero since the beginning of the COVID-19 pandemic. Pandemic-related lockdowns this spring in China and the war in Ukraine will likely continue to put price pressures on food and energy and impact the already battered supply chains.