U.S. Consumers Paying 8.5% More for Goods and Services Than a Year Ago 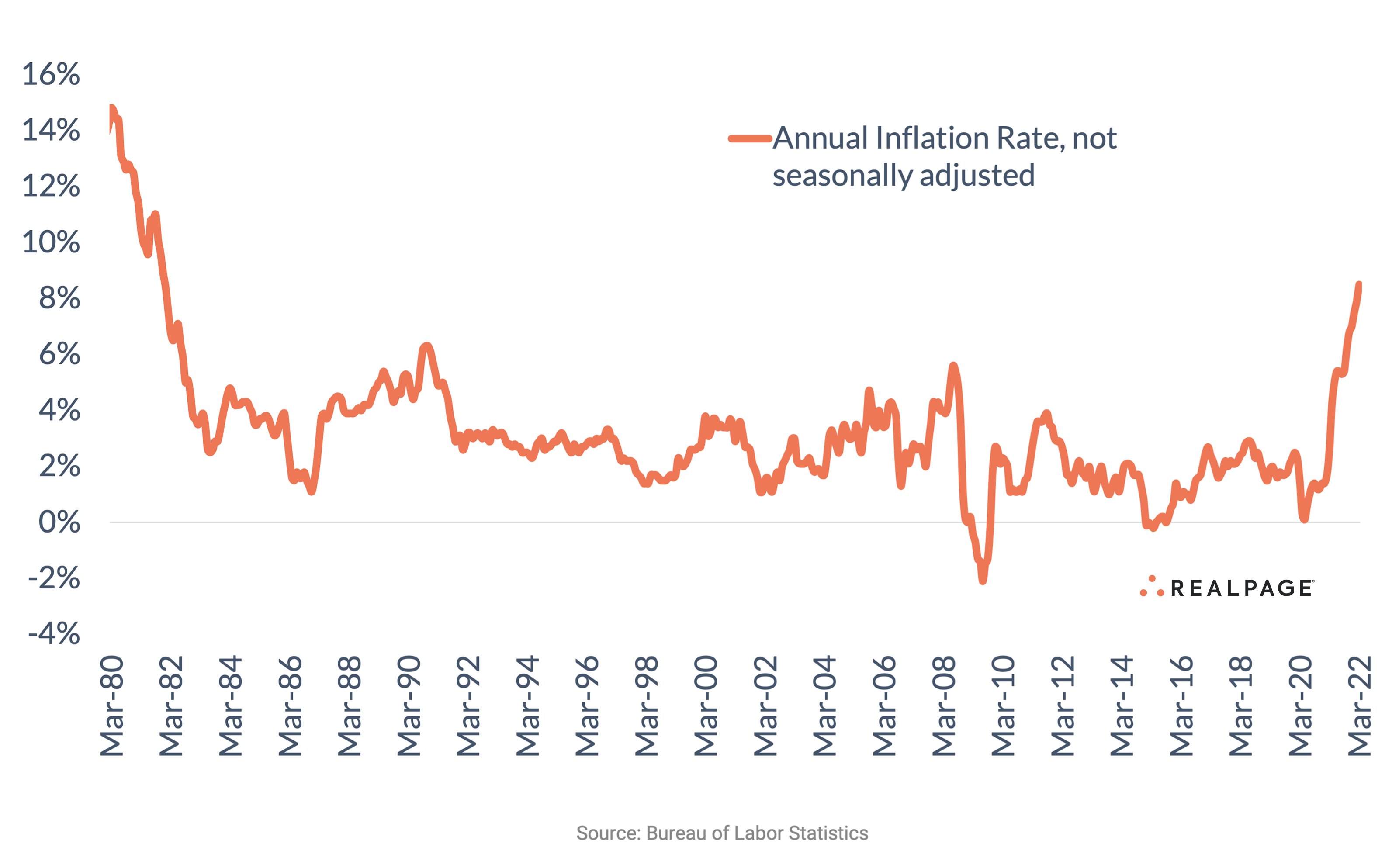 U.S. consumers are continuing to pay more for goods and services, as prices edged even higher in March. The Consumer Price Index (CPI) for All Urban Consumers, a measure of price changes commonly referred to as the inflation rate, has been trending up since January 2020 and increased 1.2% from February 2022 to March 2022, according to the Bureau of Labor Statistics. Recent growth took the annual increase to 8.5%, the fastest inflation rate since 1981 when the country was in a severe economic recession. Inflation has been hovering around these 40-year highs for five consecutive months. Accounting for much of the recent increase, energy prices were up 32% in the year-ending March, with fuel oil prices surging 70.1% and gasoline prices jumping 48%, as the war in Ukraine drove up energy costs. Food prices climbed 8.8% on an annual basis, with the increase in the price of meat, poultry, fish and eggs (13.7%) heavily contributing to that upturn. The recent overall increase in consumer prices was also partly attributed to surging prices of pre-owned vehicles, as the price of used cars and trucks soared 35.3% in the year-ending March. Additionally, the cost of airline fares rose 23.6% over the past year. Excluding food and energy prices, which can be volatile, the core CPI rose 6.5% year-over-year. While less than the surge in the all-items index, it was still the sharpest increase since the year-ending August 1982. Recent inflation reflects a surge in demand and shortages in materials and labor. To slow demand and reduce inflation, the Federal Reserve System approved a 25-basis-point interest rate hike in March, the first increase since December 2018. Three more rate hikes are expected throughout the remainder of 2022, taking the funds rate to at least 2% by year’s end. The benchmark federal funds rate had been near zero since the beginning of the COVID-19 pandemic.