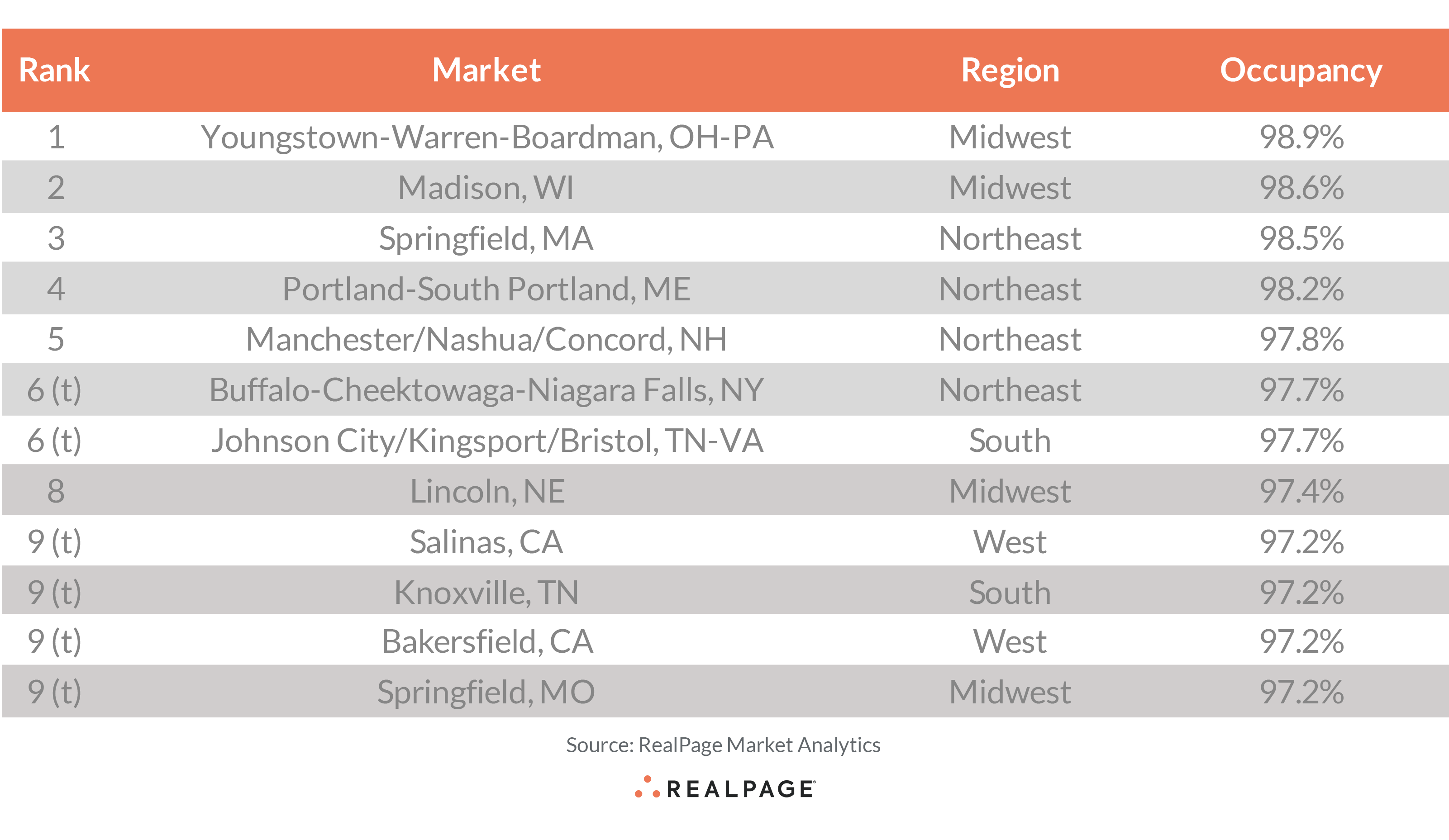 As apartment demand across the nation continues to slow and many markets are seeing occupancy ease, some stand-out small market performers are proving fairly resilient. The typically stable Midwest region led the nation’s top 10 performances as of December, but quite a few Northeast markets also made the list. Occupancy among the top 10 small markets averaged 97.8%, about 280 basis points (bps) above the U.S. norm, according to data from RealPage Market Analytics. As it has for a while now, Youngstown-Warren-Boardman, OH-PA ranked #1 in December with occupancy of 98.9%. This was also one of only two markets nationwide to see occupancy climb during calendar 2022. The annual increase here was 200 bps, while Midland/Odessa, TX logged a bump of 190 bps. In the Northeast, Springfield, MA logged a rate of 98.5%, despite occupancy fading a bit in the past year. In addition to ranking among the nation’s strongest occupancy performers, South region markets Johnson City/Kingsport/Bristol, TN-VA and Knoxville, TN also ranked among the nation’s leaders for annual effective asking rent growth in calendar 2022, with increases of about 13% to 14%. As of December 2022, effective asking rents in the top 10 small market performers for occupancy ranged from $868 (Youngstown-Warren-Boardman, OH-PA) up to $2,286 (Salinas, CA) per month.