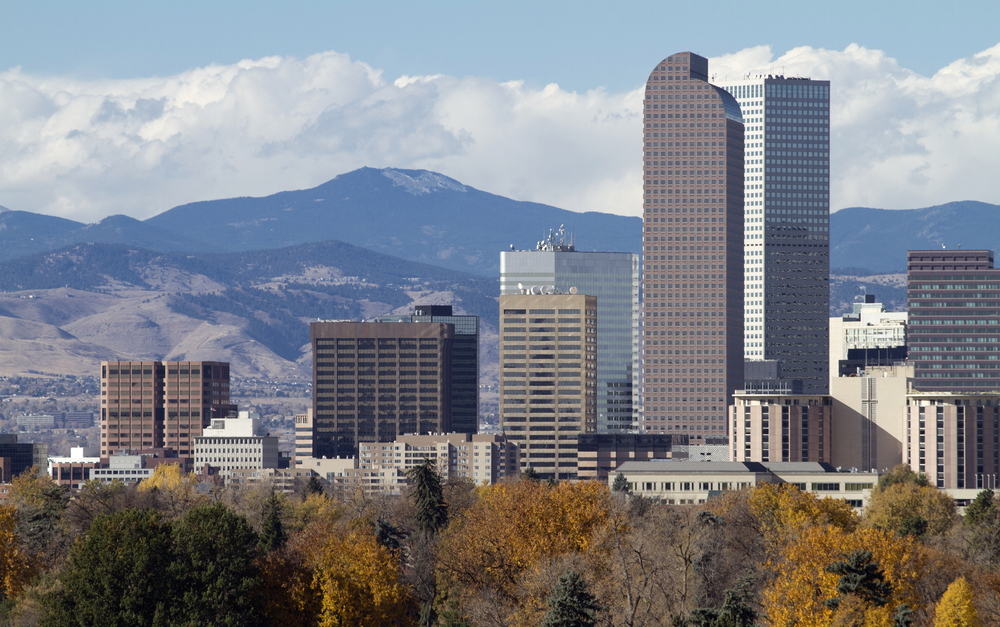 In the apartment industry and other types of real estate, location is paramount. Amenities offered in a given area will almost always trump what apartment developers can feasibly develop within a community. For that reason, developers and prospective apartment owners flock to hot locations intensely analyzing available land or existing communities to determine if the revenue-generating potential is worth their capital investment.

Being within close proximity of popular retail establishment and light rail stations are at the top of list of apartment demand generators. And for good reason – renters want their favorite shops and hangouts to be nearby, and light rail offers affordable and reliable transportation to the most sought-after destinations in a metro. Up to this point, the literature attempting to quantify the premium for being within close range of these amenities has been sparse. The focus of this article is to explain the findings from an econometric model developed for the Denver apartment market using the vast collection of apartment data provided by MPF Research.

Denver presents an interesting case-study; the economy is booming across the metro, it has a vast public transit system as well as several highly attractive retail centers. Additionally, apartment performance has been a national leader for some time, averaging annual rent gains of around 8% and maintaining occupancy levels around 96% over the past three years, even as new completion volumes have been repeatedly breaking records in that period. Public transit is widely used. The metro currently has 47 miles of track and 170 light rail vehicles that recorded more than 26 million unlinked passenger trips in the year-ending January 2015, according to the American Public Transportation Association. And there is much more to come. Denver’s Regional Transportation District is constructing 122 miles of new of commuter rail lines as a part of the FasTracks initiative, the largest transit expansion program in the nation. New rail lines, completing from 2016 to 2018, will span westward to Wheat Ridge, eastward to Denver International Airport and northward to Westminster and Northglenn. At the center of it all is downtown Denver Union Station, which just had nearly $500 million in renovations complete last summer. 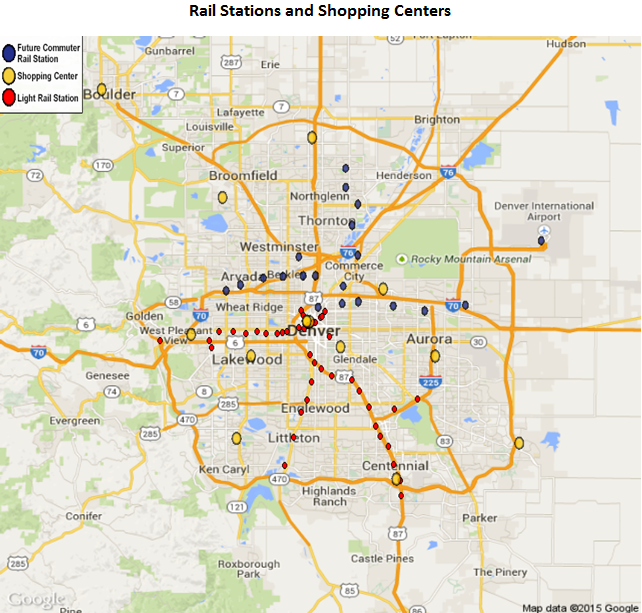 As the binplot of average monthly rents shown below reveals that apartment units do appear to be able to sustain higher rents near large shopping centers and light rail stations. 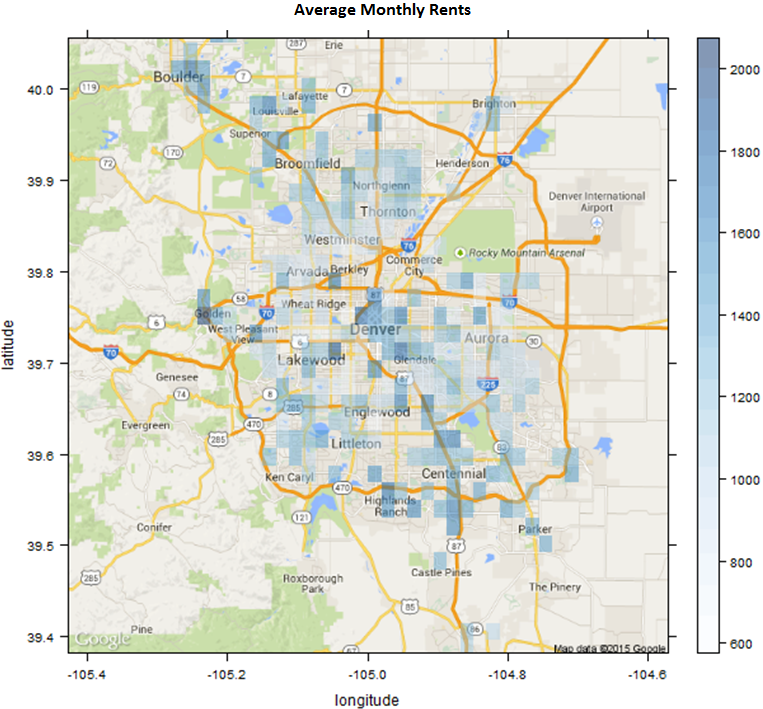 The kernel density surface map shown below illustrates that, for the most part, there is a higher concentration of apartment units near large shopping centers and light rail stations. 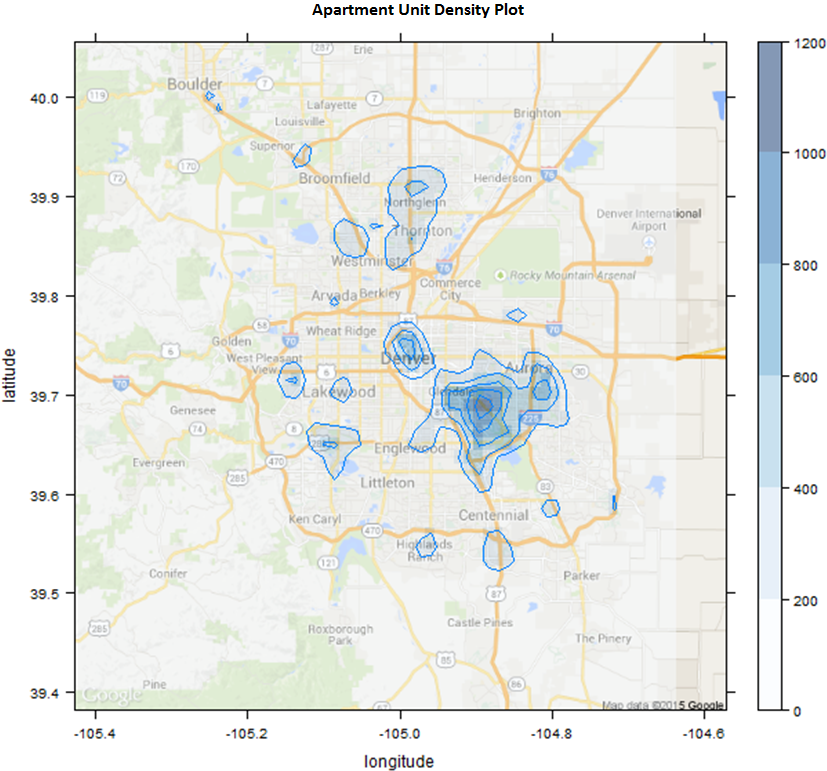 Although the visuals provide some evidence that light rail stations and large shopping centers seem to positively affect apartment performance, the ultimate goal1 is to identify if that gain is statistically significant and quantify the estimated gain. Property variables such as the size of the property, which submarket it is located in, age of the property, whether it was recently renovated, whether or not it is a high-rise and the type of property (i.e. Senior, Student or Conventional) are taken into account. Plan-level variables including square footage, total bedrooms, and total bathrooms, along with variables controlling for the time period of observations, are also controlled for in the model. The variables of interest are the proximity to light rail stations and proximity to the nearest of the 13 largest shopping centers. Utilizing MPF Research’s vast sample provided the opportunity to analyze nearly 37,000 plans (over 1.3 million units) over nine quarters starting in 2013 in the combined metros of Denver and Boulder. The preferred model was able to explain over 76% of the variation in monthly rental rates. 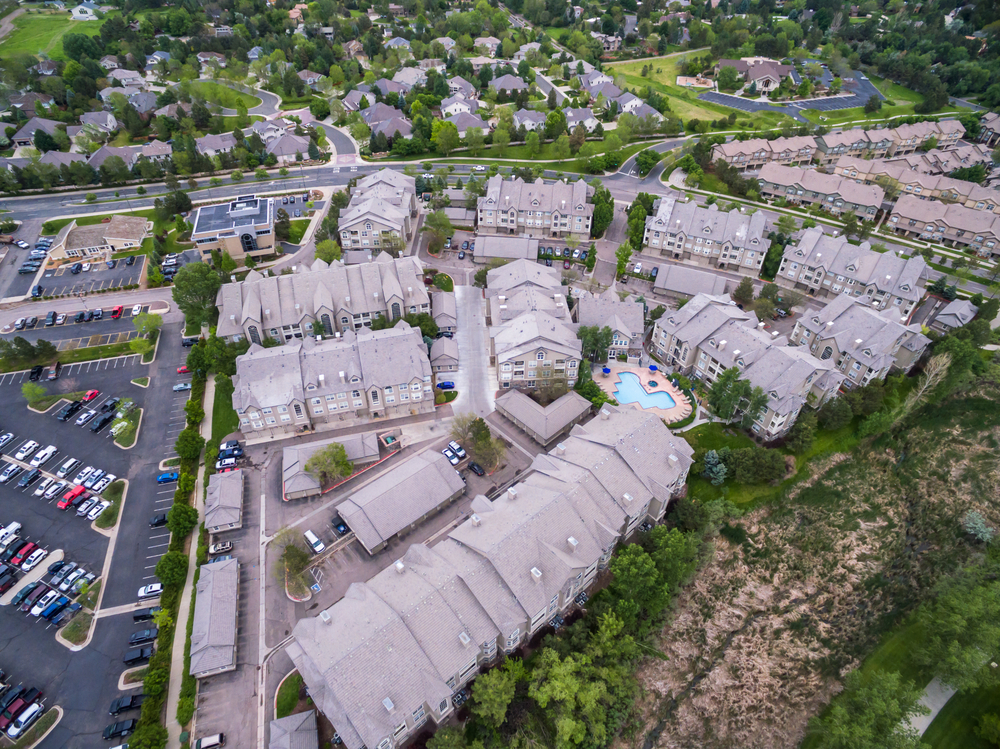 Findings from the model

Of the variables of interest, having a shopping center within a quarter-mile of the property had the greatest effect on average monthly rents, estimated to be 15.2% on average. It didn’t take much distance past that to significantly diminish the effect on monthly rents though, with properties between one-quarter and three-quarters of a mile showing an estimated average premium of just 1.6%. Beyond that, distance didn’t show to have any statistically significant impact on monthly rents. Occupancy at properties within a quarter-mile from one of the major shopping centers was estimated to be about 1% higher on average. Some prospective renters undoubtedly see a benefit to being further than three-quarters of a mile of a large shopping center while still being within range of a short car ride, but there aren’t enough of them to enable property owners to push rents meaningfully. In reality, although the 13 shopping centers selected in this analysis are comparable, no two shopping centers are alike. For specific deals, a model should be customized for the specific locations. 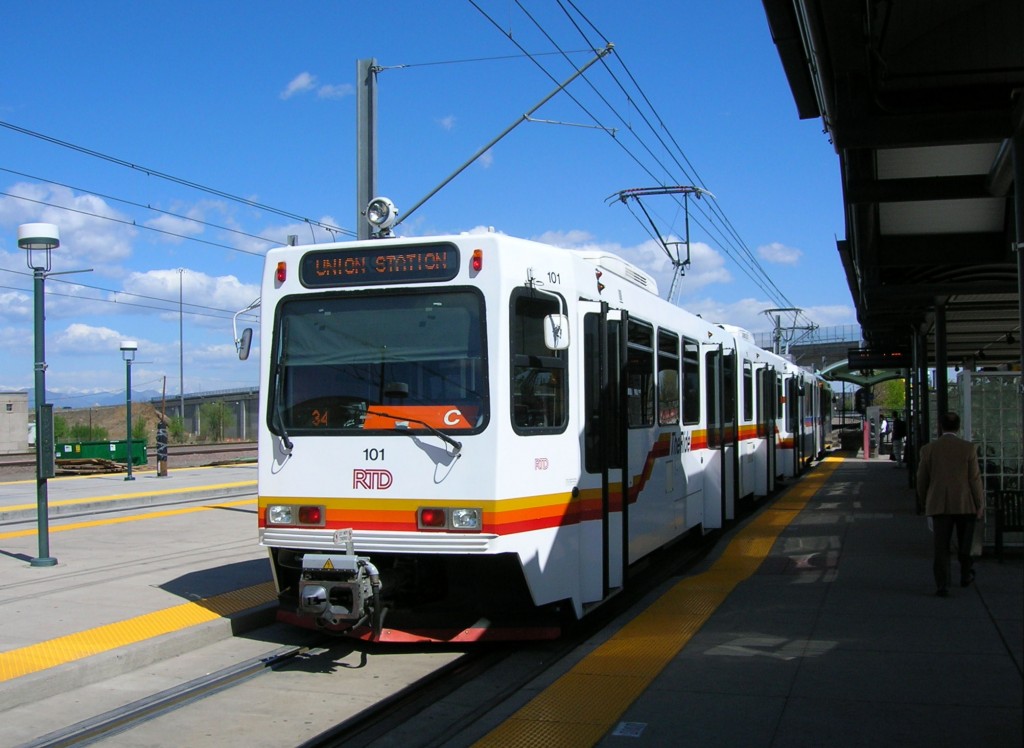 On the other hand, light rail stations are much more homogenous. The estimates provided by the model revealed that light rail stations being located near apartment properties showed to mostly affect monthly rents positively. The exception was that properties within one-tenth of a mile from a light rail station had rental rates that were 8.0% lower on average. However, properties within one-tenth and four-tenths of a mile showed to have increased monthly rates of about 10.0% on average. The light rail premium drops off to about 3% to 4% up to about one-and-a-half miles away. Beyond that, gains aren’t statistically significant. The results are intuitive: Although having a light rail station within walking distance is a huge convenience, having it so close that the noise and sight of it are a nuisance is a big factor to prospective renters.

With the outstanding apartment performance over the past several years, the current development spree is most likely going to continue. As investors are evaluating sites to build on and/or properties to purchase, they might have biased opinions based on preconceived notions that aren’t necessarily correct. Statistical analysis like this mitigates those biases, allowing for better-guided decisions. The major hindrance for duplicating an analysis of this type is finding the breadth and quality of data that MPF Research has accumulated. With increasing competition, demand for data will continue to grow.

1In this case, that goal is accomplished by implementing a weighted two-stage least squares using the systemfit package in R. This method is frequently used in academic literature, because of the interrelationship between rental rates and occupancy they are modeled at the same time to avoid simultaneity bias – i.e. rents influence occupancy while occupancy influences rents.