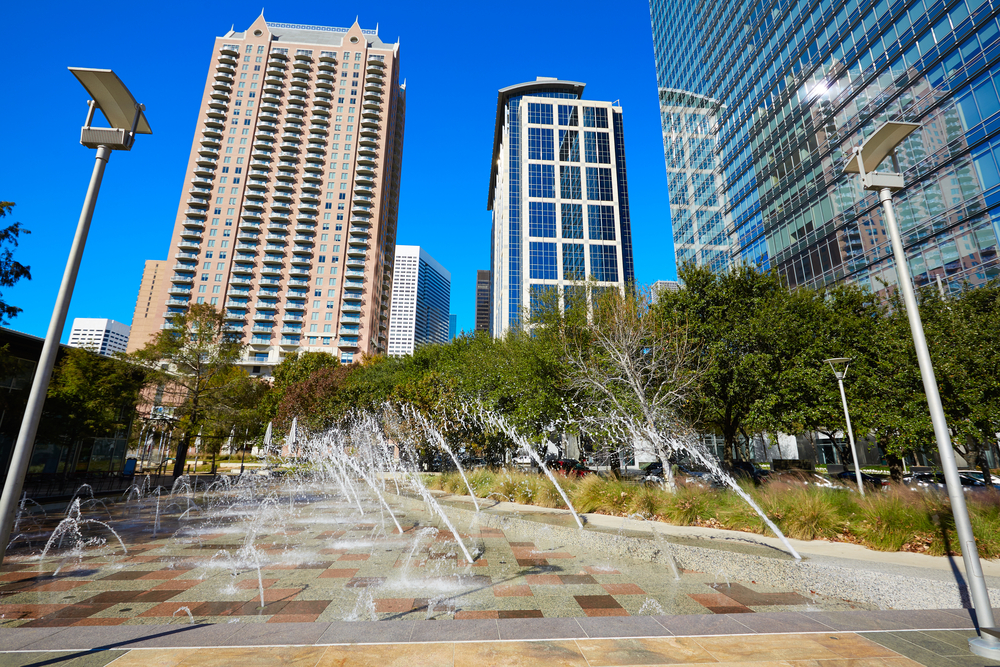 Landing in the #4 spot on our list of The Nation’s 10 Busiest Submarkets for Construction is Downtown/Montrose/River Oaks in the heart of Houston, Texas. The submarket is named for three distinct Houston neighborhoods: Downtown, Montrose and River Oaks. The submarket also encompasses a small portion of Midtown. Building restrictions in the wealthy River Oaks neighborhood limit construction activity, resulting in little-to-no multifamily development in the western portion of the submarket. Instead, multifamily development has been concentrated in the Downtown/Midtown area and into the eastern portion of Montrose. This rapidly-developing submarket has seen a dramatic transformation over the past decade which has attracted young professionals to the area. Meanwhile, Montrose has developed into an eclectic destination of its own.

Let’s take a look into some of the many aspects of this submarket that attracted so much apartment development and a few obstacles that the submarket faces moving forward.

The Downtown/Montrose/River Oaks submarket is located in the heart of the Houston metro, which makes it a great candidate for growth. The submarket is serviced by Interstate 69, providing a rough southern and eastern border to the submarket. Highway 59, I-45 and I-10 encase the downtown area on the submarket’s east side, with the submarket’s western boundary stretching nearly to Loop 610. The north is bound by the Buffalo Bayou, a slow-running river that runs to the Trinity Bay and Gulf of Mexico.

Situated along major highways, the downtown area is accessible, but sometimes congested. Making the downtown area more accessible is METRORail, a light rail system which opened in 2004. With expansions of the rail system’s northern route completed in 2013, followed by the eastern and southern routes, commuters can now use the system to access surrounding employment, education and shopping areas. Additional expansions are underway for the system.

Such access has been an essential factor enticing major companies to move to the downtown area. As more companies move, employees are finding the expanding downtown community a desirable place to live, work and play. Those who choose to live in the submarket but work elsewhere also have access to other employment clusters such as the Energy Corridor, Texas Medical Center, Uptown, Westchase, Greenspoint and the northern suburb The Woodlands.

Employment is a key driver for apartment growth in any market. In Houston’s case, it adds a wrinkle to the story about why apartment construction is so elevated and what the outcome of this growth could be moving forward. Houston is heavily invested in the energy sector, with many corporate offices located downtown. Some of the submarket’s top employers in 2016 include:

While other anchors in other industries provide some stability to the area, the state of the submarket’s economy relies heavily on the success of the energy sector. The energy sector has suffered with the dramatic decline oil prices over the past two years. This downturn has weighed substantially on several companies in the downtown area, with thousands of layoffs announced from various large and small companies in recent quarters. In one recent announcement, Chevron disclosed plans in April 2016 to lay off over 8% of their Houston workforce. The 655 layoffs will likely target high-salaried employees in the company’s downtown offices, according to Houston Chronicle.

There are several universities neighboring the submarket. Rice University, Texas Woman’s University-Houston, The University of Texas Health Science Center at Houston and Baylor College of Medicine are just south of the Downtown/Montrose/River Oaks submarket, while University of Houston and Texas Southern University are southeast of it. Houston also has a solid network of community colleges scattered around the metro.

If those are not enough options, residents can take a short commute to watch the Houston Texans play at NRG Stadium, accessible via the METRORail Red Line from downtown. The retractable-roof stadium also hosts the Houston Livestock Show and Rodeo, the world’s largest rodeo! The Houston Polo Club is also within driving distance.

One of the most attractive features of the Downtown/Montrose/River Oaks submarket is the wide array of entertainment options. Downtown is known for its Theater District and Museum District. The Theater District is home to the nation’s fourth-largest ballet company, as well as major symphony, opera and theater organizations. While the district has nine large performing arts organizations, there are several smaller ones across the area. This link provides information on various venues in the Theater District. Event listings are available here.

Located just south of downtown, the Museum District only partially falls within the submarket but is one of the area’s largest attractions and is definitely a selling point for the area. The district contains 19 museums broken into four zones. This handy guide provides a great map and detailed description of the various museums.

Downtown/Montrose/River Oaks also features Market Square Park, where several outdoor events are held throughout the year. Discovery Green is a popular park that is located just beyond the submarket’s boundaries in the downtown area. With features like a massive lawn for events, an outdoor performance space, a playground, a lake and various gardens, the space is much more than your typical park. Locals also enjoy areas like Historic Market Square, where historic architecture fuses with an eclectic mix of bars and restaurants, creating a place to enjoy the perfect night out.

Bars and an exceptional nightlife are also new staples in submarket. While downtown boasts a plethora of hip restaurants and pubs, Montrose can definitely hold its own. The area offers an eclectic mix of dives.

There are seemingly countless small and large retailers throughout the submarket, with several noteworthy destinations. Downtown features The Shops at Houston Center, and River Oaks Shopping Center in River Oaks is one of the larger shopping centers within the submarket. However, the shopping mecca of Houston resides just outside of the submarket’s western bounds: The Galleria. Just south of the submarket is Rice Village, another nearby trendy shopping area.

The multifamily residential projects seen popping up around the Downtown/Montrose/River Oaks submarket have all the bells and whistles you’d expect from new constructions. The area is extremely pet-friendly, and that has been carried through in apartment development. While the hip area attracts a good amount of singles, most apartment developments are designed to please both singles and families.

The Downtown/Montrose/River Oaks submarket has progressed by leaps and bounds over the past decade. Development in the downtown area in particular has been impressive, with the central business district bringing in large companies on the back of the expanding Houston economy. Overall, the submarket has a lot to offer residents. There are seemingly endless entertainment options as well as tons of restaurants and retailers. The submarket is flooded with culture and, between the various neighborhoods, it has something to please any personality. The submarket is in a prime location and is surrounded by various work, education, and (even more) entertainment options. However, since the downturn in the oil-and-gas industry, new starts have stalled. Work has continued on properties already under construction, deliveries will likely slow until some stability returns to the energy sector.