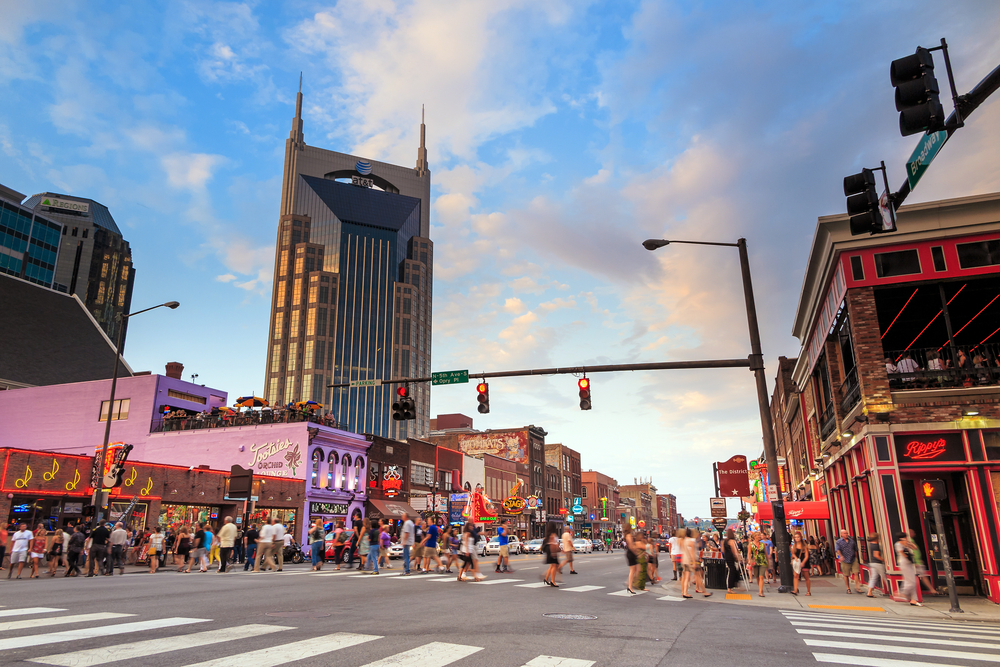 Landing in the #3 spot on our list of The Nation’s 10 Busiest Submarkets for Construction is Central Nashville. This submarket’s apartment inventory expansion rate since 2012 is 94.4%. That calculation includes new apartment supply plus units under construction at end of 1st quarter 2016. Turning that percentage into a unit count, Central Nashville has received 3,108 new apartments since 2012, and saw an additional 6,856 units under construction in 1st quarter 2016. Of those units under construction, 3,890 should be completed by 1st quarter 2017, increasing the apartment base by 28%. Even with the large completion volumes, the need for the housing is not fading. A 2015 survey by Nashville Downtown Partnership found that only 12% of Downtown Nashville employees actually live in the downtown area and only 54% of respondents lived within Davidson County, an even broader area than the Central Nashville Submarket. This provides the area with an opportunity to satisfy potential pent-up demand for multifamily housing in the growing area.

Let’s take a look at a few demand drivers that are making Central Nashville a hotbed for apartment development.

A big driver of growth in and around the downtown Nashville area has been an ongoing transformation of several neighborhoods. Apartments, boutiques and upscale retail, unique restaurants and even a $585 million convention center crowd the streets of the Central Nashville submarket. As a result, people are moving to these eclectic areas not only to be closer to work, but also to be closer to that action. Additionally, tourism in the area is booming recently, adding more jobs and further stimulating development of the area.

The Central Nashville submarket includes many of the hippest neighborhoods in Nashville, including the metro’s downtown area, which has exploded with economic development over the past decade. Downtown Nashville’s population has almost quadrupled since 2000, to 7,840 people in 2014, according to the Nashville Downtown Partnership. Other popular Nashville neighborhoods within the Central Nashville submarket that have seen significant development includes West End, Midtown/Vanderbilt, Hillsboro Village/Belmont, The Gulch and 12 South. The submarket also includes several neighborhoods that are primarily single-family residential areas that have not experienced much multifamily development, including Hillsboro West End, Belmont/Hillsboro, Hadley/Washington and North Nashville.

A decade ago, the Central Nashville submarket lacked a hip, urban area. But since then, several distinct, trendy areas have emerged, allowing residents to be within walking distance to all the action. Let’s take a look at these areas that are attracting people to the submarket:

A big apartment demand driver in the Central Nashville submarket is education. There are two major universities located west of downtown Nashville:

While development is booming in the health industry, there are many other notable industries with a large presence in the area. For example, the neighborhood is also home to 29 of Nashville’s 35 biggest law firms.

This being Nashville, music is definitely a prominent feature of the submarket’s business environment. Central Nashville contains some of the largest music industry leaders including CMT, Universal Music Group, Warner Bros Records, BNA Records Label, Sony/ATV Music Publishing and more! With such employment opportunities and a vibrant culture , 90% of employees say that downtown Nashville is a fun place to work, according to the 2015 Downtown Employee Survey. Moreover, 95% of employees said that downtown has a positive and energetic atmosphere.

Proving that business activity is spreading beyond the metro’s traditional core central business district, HCA is moving headquarters from Downtown to North Gulch along with their cancer wing, Sarah Cannon. The move will bring over 2,000 jobs by the end of 2016. Up-and-coming companies are also opening in various areas of this hip Nashville submarket. For example, Lyft is bringing 380 new jobs to the area with its customer experience operations center. Additionally, Nashville as a whole ranked among the top 25 metros across the nation for startup activity in the Kauffman Index for Startup Activity, with much of that activity occurring in SoBro.

With so much development across several neighborhoods in the submarket, it is hard to pinpoint the area with the most growth. However, property-level trends carry through the neighborhoods. One apparent trend with multifamily development across the submarket is that properties that were still under construction as of 1st quarter 2016 were larger than those completed since 2012. The median size of properties completed since 2012 was 142 units, while the median size of properties still under construction as of 1st quarter 2016 was 263 units. These properties are also larger than traditional development in the submarket, bringing diversity to the Nashville skyline. The properties are also much more expensive than the metro’s average — something to be expected for units in urban settings that are growing in popularity. There were only two affordable properties under construction as of 1st quarter 2016, with only 77 units between them. No affordable properties completed in the prior year.

The two largest properties still under construction at the end of 1st quarter 2016 were Element Music Row and Church Street. Like in the top completed projects, the largest is located in Music Row with the second-largest situated in the popular The Gulch neighborhood.

Central Nashville apartments are surrounded by the submarket’s unique atmosphere that serves as a valuable amenity in and of itself. This growing submarket also is ideally located near top employers and universities and is surrounded by a truly incredible amount and variety of entertainment options. This promising area is definitely one to keep an eye on moving forward. The only question remaining is how the submarket will respond to the upcoming supply shock, with nearly half of the units under construction as of 1st quarter 2016 projected to come online in 2016.