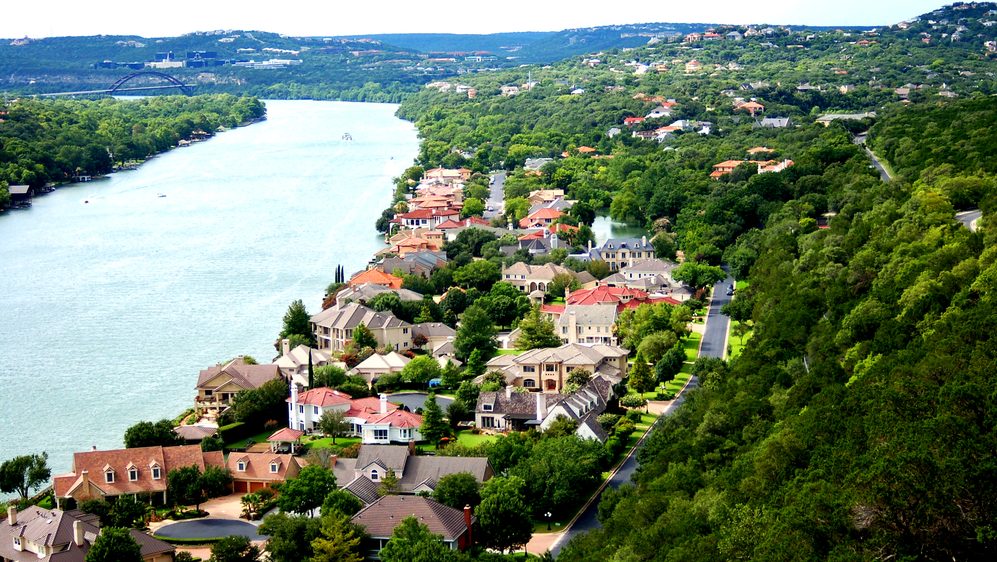 Landing in the #10 spot on our list of rapid inventory growth is Austin’s Cedar Park submarket. The submarket encompasses various Williamson County cities including Cedar Park, Leander and Liberty Hill. Cedar Park’s existing apartment base expansion rate since 2012 is 63.6%. Turning that percentage into a unit count, the submarket has received 2,947 new apartments since 2012, and recorded an additional 1,672 units under construction at the end of 1st quarter 2016, all of which should complete by 1st quarter 2018. Most of the construction activity has occurred around the southern region of the submarket, near the intersection of Highway 45 and Highway 183 and north along the Highway 183 corridor.

What makes Cedar Park such a hot ticket item for apartment development? There are quite a few reasons, so let’s dive in.

This small but fast-growing submarket includes a couple major suburbs of Austin, starting just 17 miles northwest of Texas’ capital city. It is located west of I-35, where the desirable Texas Hill Country area of the metro begins. The submarket has also seen an uptick in retail development and is within close proximity to the Lake Travis and other affluent areas of the Austin metro. The submarket also boasts plentiful park systems, prime shopping destinations and top-ranked public schools. This provides the Cedar Park submarket’s residents with access to numerous resources and amenities without the high home prices that have long been the norm in surrounding areas. Therefore, you get the beautiful Hill Country views without the costly price tag – count us in!

Although this commuter area is a pretty good hike from downtown Austin, it is located in Austin’s high-growth corridor along Highway 183, which provides a direct route to downtown without traveling along the infamously congested I-35. Leander in particular has seen significant improvements to roadways recently that make commuting much easier for residents. If driving downtown isn’t your thing, the Capitol MetroRail has two stops in the Cedar Park area: Lakeline Station and Leander Station. The Cedar Park submarket is also bordering affluent Round Rock, where a slew of technology companies operate. For those who work close to home, Cedar Park also offers diverse mix of top employers in the software, biotech, manufacturing and oil exploration industries. Some of the Cedar Park submarket’s largest employers include:

One other demand driver in the Cedar Park submarket includes access to its exemplary school districts. These top-tier academic and athletic programs pull a lot of families to the submarket. Austin Community College also has a campus that is located in the southern part of the submarket. Round Rock Higher Education Center (RRHEC), a Texas State University satellite campus, is also located in neighboring Round Rock. RRHEC offers course curriculums for students obtaining an associate’s, bachelor’s or master’s degree from Texas State University or adult continuing education courses.

Developers have responded to rapid population growth with lots of new construction across the submarket. Looking at some apartment communities that either completed recently or were under construction in 1st quarter 2016 in Cedar Park, there is a clear trend of apartments being built along Bell Boulevard, or Highway 183. The majority of construction completed within the past four years has been clustered in the southern part of the submarket. However, recent construction projects are moving north along Bell Boulevard towards Leander, nestled in the beautiful Texas Hill Country and some of the outlying areas of the submarket. Most of the projects seen in the Cedar Park submarket have all the bells and whistles you’d expect to please both singles and families.

The two largest projects that were still under construction as of 1st quarter 2016 are Lakeline Commons with 501 units and Altis at Lakeline with 354 units.

Some area attractions include:

Overall, this submarket is the perfect location for various household types. While the area typically attracts families, Cedar Park is seeing a growing young-adult population. The submarket’s proximity to some of the Austin metro’s largest employers while being positioned among the beautiful Texas Hill Country lends family and singles to fall in love with the area. Better yet, continued economic development shows promise as more companies discover the promising area.